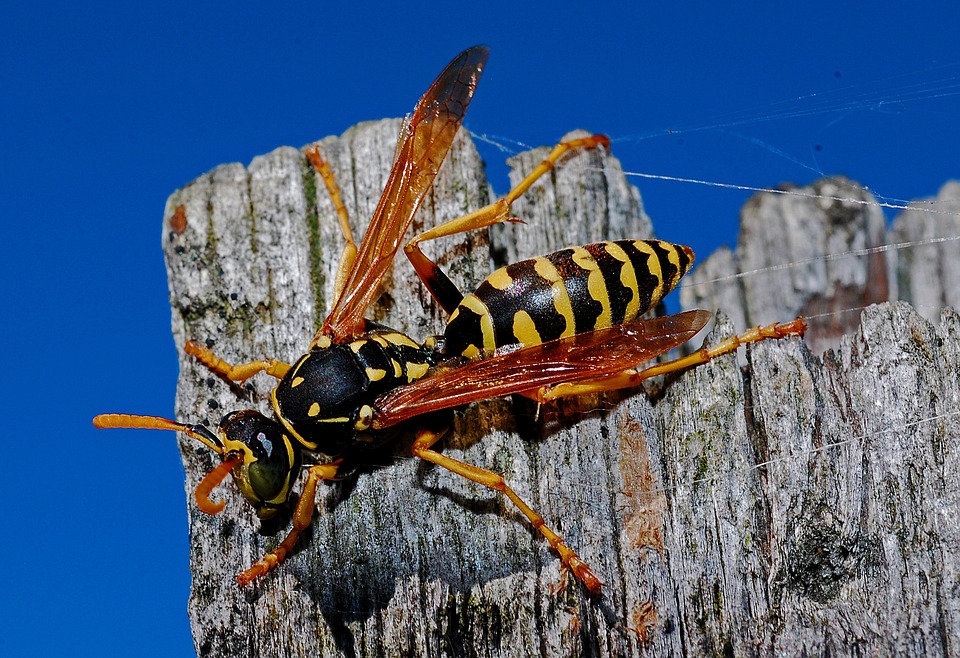 To dream of a wasp
If you see a wasp in a dream, it means that you have to be a bit more careful to achieve success. You believe everything you hear because you think that people don’t have a reason to lie to you. However, you will soon realize that many people don’t wish you well and give you wrong information because they see you as competition. You will conclude that it would be best to check everything with someone impartial who can look at your situation objectively.

To dream of killing a wasp
If you kill a wasp in a dream, it symbolizes misfortune. There is a chance that you will start something in the following period that will not go as you have expected. You will stumble upon numerous obstacles that will get the worst out of you and force you to protect yourself and fight with all means.

To dream of a wasp stinging someone else
If you dream of a wasp stinging someone else, it means that you will beat an enemy. You are a sharp person and always think ahead. Whenever your rival believes they will defeat you, you do something to turn the situation to your advantage. You would be a great salesperson or negotiator because you can read people based on their gestures and expressions.

To dream about turning into a wasp
Turning into a wasp in a dream means that you are full of negative energy and pessimism. You have been feeling bad lately and are losing hope that some things will change. However, everything would look much different if you were focused on everything good in your life. You can’t let yourself fall into despair because you think about the things you can’t control only.

To dream of a wasp landing on a snout
When you see a wasp landing on a snout of a specific animal in a dream, it means that you have to be more cautious because someone will try to take advantage of your kindness and generosity. Someone from your surroundings will harm you to achieve their goals. If you pay attention, you will soon realize who that person is and stop them from putting their plan into action.

To dream of a wasp on a flower or leaf
If you see a wasp standing on a flower, leaf, or another surface in a dream, it means that you will soon enter a more peaceful phase of life. You have had many problems and obligations lately, and you are dealing with a lot of stress. However, things will fall into their place soon, and you will be able to relax.

To dream of catching a wasp
Catching a wasp in a jar in a dream implies that you will beat your enemy using their weapon. You will realize that someone wants to hurt you on time and act immediately. You will attack first instead of waiting for that person to put their plan into action. It will never cross their mind to try something like that again.

To dream of releasing a trapped wasp
Setting a wasp free from a jar, bottle, or another ‘prison’ means that you will forgive someone for hurting you. You might offer an olive branch to a friend or partner with whom you are not in a good relationship. Even though you will make an effort to fix your relationship, you will never forget what that person did to you.

To dream about someone else setting a trapped wasp free
This dream means that someone will give you a second chance. You have to make an effort to justify that person’s trust because that is probably your only chance to prove that you have changed.

To dream of a wasp attacking you
If you dream of a wasp attacking you, it means that you are not fulfilling someone’s expectations. One person from your surroundings wants to persuade you to do something, but you keep resisting, which angers them. It is hard to keep such relationships alive, especially if the other side is not ready to compromise and show understanding for you.

To dream of a wasp attacking someone else
A dream wherein you see a wasp attacking someone else means that you ought not to meddle in other people’s lives, even if that is someone close to you. You must not impose your decisions, ideas, and plans on that person with your suggestions but support them in something they want. You have to give advice when someone asks for it only because everything else gets interpreted as an invasion of privacy.

To dream of hearing buzzing but not seeing a wasp
If you dream of hearing buzzing, but you don’t see a wasp anywhere, it means that the project you have been working on for a long time will not bring wanted results. You have dedicated a lot of time and effort to something that will not fulfill your expectations. You will have to give up on that idea on time and direct your attention to more constructive things in life to avoid getting disappointed.

To dream of a swarm of wasps
If you see a swarm of wasps in a dream, it means that your superiors respect your effort and hard work, and you could soon get rewarded for it. Your boss might give you a promotion, which your colleagues will not like. You will feel envy and jealousy everywhere you go, but you shall not pay attention to that. You know your worth, and it is time to charge for it.

To dream of running away from wasps
Running away from wasps in a dream means that you will soon get involved in a risky business. That will probably go against your beliefs, but you will get promised a lot of money for it and be unable to resist temptation. The chances to get out of that situation unhurt are 50-50, so ask yourself once more if that pays off.

To dream about a swarm of wasps attacking you
This dream means that you will end up in trouble soon. There is a chance that you will be in a confusing situation. You will think about what to do for a long time, but it wouldn’t be a bad idea to ask for advice from someone you trust. Someone’s suggestion can help you get over that crisis more easily.

To dream of a wasp nest
When you dream of a wasp nest, it symbolizes a period of stress, frustration, and depression that you will soon face. The reason for it could be family relationships or a bad financial situation, or even the combination of the two. You have enough energy to deal with it, but it is only necessary to believe in the positive outcome.

To dream of touching a wasp nest
If you accidentally or purposefully touch or step on a wasp nest in a dream, it symbolizes facing unexpected obstacles and challenges. You might have planned how to achieve something in detail, but you will have to deal with one situation on the go. Another possibility is that you will work with unpredictable people, that is, those from who you don’t know what to expect.

To dream about destroying a wasp nest
Destroying a wasp nest in a dream symbolizes a period of instability in your family or love relationships. You will probably have a conflict with a loved one and decide to distance yourself from everyone at least shortly to be able to think about what you want cool-headed. You will not be sure whether you fancy staying together or not.

To dream of someone else destroying a wasp nest
A dream wherein you see someone else destroying a wasp nest means that someone is trying to provoke you. That person might offend you or try to minimize your success. If you stay collected and don’t let them anger you, you will avoid a scene. However, if you react violently, that will satisfy that person and cause damage to you.

The meanings of dreams can be a lot more trivial. If you have recently seen or killed a wasp, it has left an impression on you.

Definition of a wasp

The wasp is an insect that has a smooth sting and whose sting can cause an allergic reaction.