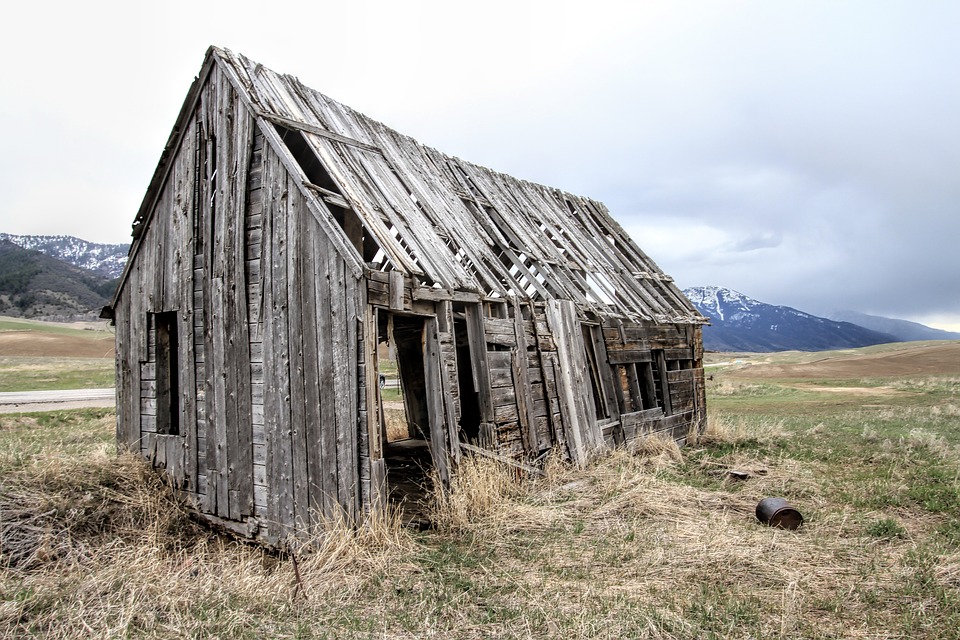 To see a shack
Dreaming of a shack warns of poverty. You will have to cut your expenses, if you don’t want to experience poverty. Your family members’ desires are huge and they often don’t realize how hard it is to fulfill their needs. If you have children, you will make a big mistake, because you will do everything by their will. They will not be able to appreciate it and fight to earn money by themselves. They will be used to getting everything from you, so they will ask you for money instead of earning it, in difficult situations. They will not be satisfied and grateful for everything that you are doing for them, but they will expect more.

To live in a shack
Dreaming of living in a shack symbolizes a careless present-day. You have been saving your whole life and moderately spending every dollar you have earned. That will pay off in the future, because you will not have to worry about growing old. People have probably told you to relax and spend more on yourself, but you have had a goal that you didn’t want to give up on. Family members that were complaining of not getting enough from you will be thankful when you help them with your savings.

To see other people living in a shack
Dreaming of someone else living in a shack implies that you are an empathetic person who is always trying to help everyone who is in trouble. Many people appreciate you because of that virtue, not knowing how hard it is sometimes to live like that. The hardest thing to accept for you is when you are not able to help someone. Make sure to care for yourself first, before you help others.

To build a shack
Building a shack in a dream means that effort you are investing into something will not pay off. You will probably put a lot of hard work and time into a job that will turn out to be completely unprofitable. That will disappoint you, but the fact that you have learned new things and became richer for a new experience could comfort you.

Dreaming of other people building a shack symbolizes misunderstandings with a partner of family members. You believe that decisions that they are making are pointless and bad for them. You will try to explain that to them, but you will not be successful in it. Because of that, you will realize that you shouldn’t try, because they need to learn from their own mistakes.

To demolish a shack
Demolishing a shack in a dream symbolizes your need to break ties with the past. You are probably fighting with some bad experience for a long time, because it leads you to look at the future with a lot of pessimism and skepticism. It is possible that some people have hurt you or played your trust, which is why you don’t trust anyone anymore. Listen to an advice from a friend who is telling you that you will have to move on eventually, and bury the past where it belongs. That is the only way to expect a bright future.

A dream in which other people are demolishing a shack symbolizes gain. It is possible that your superior will decide to reward you by increasing your salary, or you will get money from a family member. That gain will come at the right time, since you will be in fear of not having enough money to pay for your everyday obligations.

If you dream of a demolished shack, it means that you could realize that you are surrounded by wrong people. Some friends could disappoint you with their actions, so you will probably decide to distance yourself from them.

To burn a shack
Dreaming of burning a shack means that you could plan a trip or a shorter vacation with a loved one, in the near future. It will suit you to hang out with them, so you will finally forget about everyday worries and problems, at least for a short time. It is a positive thing that you will be able to find time for people you love, in spite of many obligations and chores that you face with at your job.

Dreaming of other people burning a shack down symbolizes fear of the unknown. It is possible that you have invested money into a job, or that you are waiting for information that could determine the course of your life. If you have planned to move abroad because of work, that could solve many of your doubts. No matter how hard it would be to be separated from people you love, you will know that you are doing the right thing for yours and the future of your kids.

To hide in a shack
Hiding in a shack, in a dream, means that you are scared that someone close to you could find out your secret. It is possible that you have buried some facts deeply inside of yourself and continued living like nothing has ever happened. However, it is possible that you are suspecting that someone could blow your cover. This fear is turning into panic, so you will have to think about your next move thoroughly. If you don’t confide in someone soon, dreams with similar meaning will continue happening.

Dreaming of other people hiding in a shack implies that you don’t trust your partner. You are starting to think that they are cheating on you, because of their behavior. You will start tracking their moves and try to keep them on a leash. A close friend of yours will try to persuade you that such behavior is not mature and above all healthy. If you are suspecting something, the best thing to do is to talk to your partner.

To buy a shack
Buying a shack in a dream means that you have given up from some idea, before you even tried to realize it. Fear of risk has always stopped you, but this is the first time that you have given up before you were even sure that you will fail. The best thing would probably be to talk to someone you trust about it. A good-hearted advice could lighten up your path and help you make a decision, regarding your next move.

To sell a shack
Selling a shack in a dream means that you are ready for big changes in your life. It is possible that you will decide to move to another city or country, change your job or even studies. Anyhow, you are completely sure in your decision this time, so people’s opinions can’t make you change your mind. You will realize that you have been restraining your instincts for too long, while trying to play it safe. This time, you will change your moves and turn another leaf.

Meanings of dreams can be simpler. If you have recently seen a shack, that has made an impression on you.

Definition of a shack

A shack is a dismantling structure designed to house people, livestock and various materials.