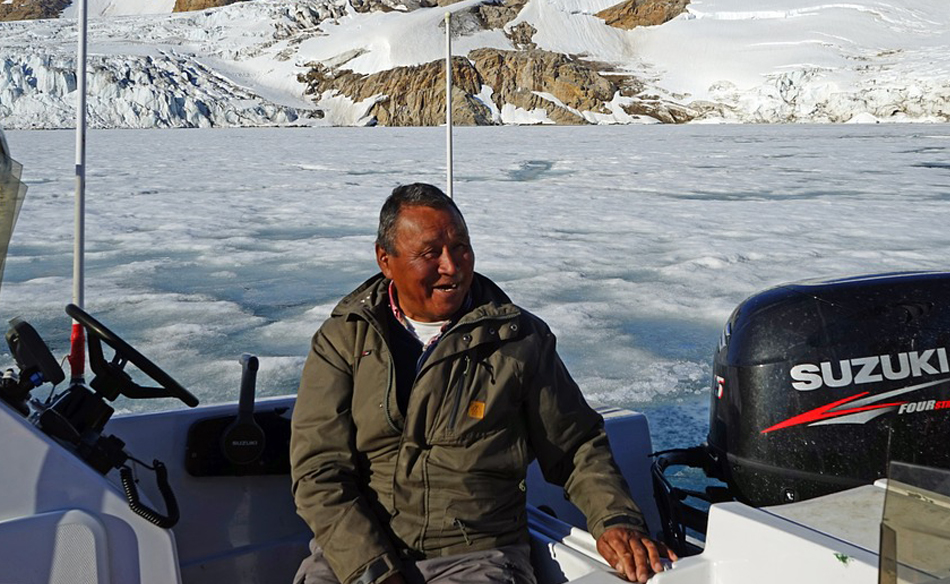 To dream of an Eskimo
If you see an Eskimo in a dream, it means that big changes are expecting you. You might have to travel to another city or state for work. Even though everyone from your surroundings will believe that you have a great opportunity that you can’t miss, you will not be thrilled since you are attached to your family, and you are perfectly happy with your life. You are aware that you will have to adjust to new rules and change habits that you have been creating your whole life. Also, you like to have a good plan that cuts unpredictable situations and unpleasant surprises to the minimum.

To be an Eskimo
Dreaming of being an Eskimo means that you need rest. You are probably under a lot of stress all the time, so you would like to go somewhere far where no one knows you and where there are no phones or the Internet. Since you are tired of hard work, you regret not doing something physical so that you can at least rest your mind. Other people’s expectations also bother you since they believe that you need to be at their service 24/7.

To talk to an Eskimo
When you are dreaming of talking to an Eskimo, it means that you have trouble communicating with your partner of family members. You often don’t understand each other, so you argue about trivial things. When one side would show that they are ready for compromises, your life would be a lot less complicated. Acting like this only makes you avoid spending time with your loved ones. This phase is probably temporary, but you will have to put in an effort to overcome it.

To see others talking to an Eskimo
If you see and hear someone else talking to an Eskimo in a dream, it means that one colleague ‘s intelligence or capability will surprise you. They probably didn’t want to stand out before, so you perceived them as a part of the team that only does their tasks. However, it will turn out that you were wrong and that they are a lot more capable for some projects than you. Don’t let vanity takes over you, but make sure to use their knowledge and abilities to improve the business you have.

To hunt with Eskimos
A dream in which you are going hunting or fishing with Eskimos means that you will have to prove yourself a lot to gain trust from a superior or college professor. You are used to achieving goals, thanks to your resourcefulness, but you will have to try a lot harder this time. If you continue studying or doing your job properly, there is no reason for panic and fear.

To argue with an Eskimo
This dream is a warning that you are too stubborn. That applies to both your business and private relationships. You try to state your opinions using facts, but you rarely listen to the other side of what they have to say. Many people see you as an arrogant person because of it, which affects your career progress. Indeed, you can’t be good for everyone, and it is important to stick to your beliefs, but there is a line for everything that shouldn’t get crossed.

To see others arguing with an Eskimo
If you see and hear someone else arguing with an Eskimo, it means that you will defend someone who will get attacked from all sides. There might be an argument about your family member’s actions that everyone will judge. You will be the only one who will find a way to realize why they have done some things. You will come to their defense to show that it pays off to risk sometimes to achieve more.

To fight an Eskimo
If you are dreaming of fighting with an Eskimo, it means that you will defeat your enemy using their methods. You have a competition or rival in your surroundings that is trying to jeopardize your business or a love relationship. However, you will manage to see through their intentions and stop them before they harm you.

To see others fighting an Eskimo
When you see someone else fighting an Eskimo, it means that injustice will hurt you. Your colleagues make progress in their careers faster, even though you believe that you deserve it more. The fact that they used dirty tricks to achieve success will bother you even more. However, you shouldn’t use their methods but choose your way to success alone.

To dream of an Eskimo attacking you
This dream suggests that you are hoping for a miracle. You count too much on your problems getting solved by themselves or someone else dealing with them. You are running away from responsibility, and you are afraid of facing worries. This is the result of laziness and recklessness, so if you don’t work on your flaws, you will have a difficult time achieving anything.

To dream of an Eskimo killing you
If you dream of an Eskimo killing you, it means that you believe in karma. Your consciousness is restless, so you are afraid that someone will hurt you. However, your worries are unfounded this time, and there is no logical reason to think like that. Someone you love a lot might hurt you, so you will be a lot more cautious. You will start paying more attention to whom you are confiding your secrets, wishes, and plans to.

To kill an Eskimo
If you are dreaming of killing an Eskimo, it means that you regret one impulsive and violent reaction. Someone will point at the mistakes that you are making while talking to you. Instead of taking that as a good-hearted piece of advice, you will decide that offense is the best defense. If you want to stop possible bad consequences of your actions, think before you speak.

When you see a dead Eskimo, that symbolizes poverty. You probably don’t make enough money to cover the expenses you have. Because of it, you will have to change a job or look for an additional one since you will have no one to ask for help. Problems regarding debts will start piling up, and it will be up to you to find a way to pay for them.

To kiss an Eskimo
A dream in which you are kissing an Eskimo means that one person will gain your respect unexpectedly. You couldn’t even imagine that they possess such qualities. You will start to look at them with admiration, so you will want to spend more time together.

Meanings of dreams can be simpler. If you have recently seen a documentary about Eskimos, that has made an impression on you.

Definition of an Eskimo

The Eskimos are the polar people of the Mongolian race who usually live in the Arctic regions of North America and Greenland.