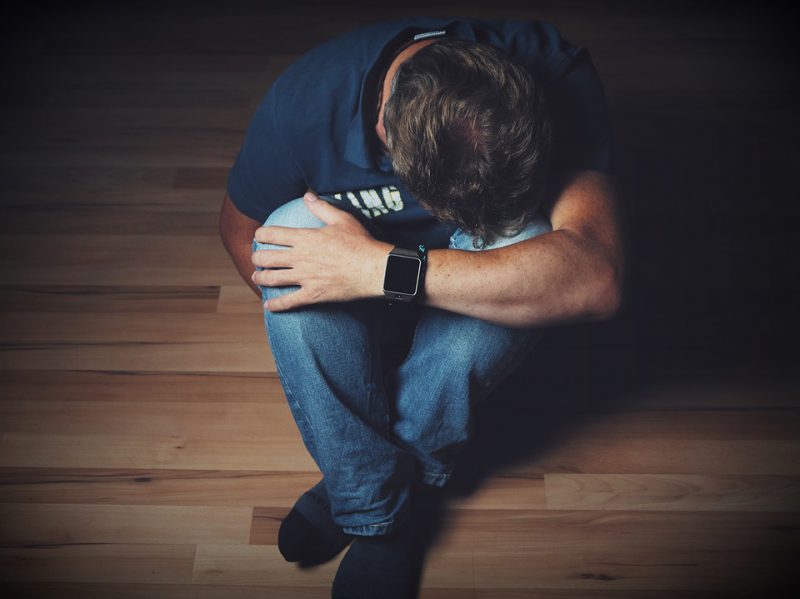 To dream of experiencing defeat
If you experience defeat in a dream, it symbolizes difficult upcoming moments. You might be in a lot of debt, which is why someone else will decide about your destiny. You will have a hard time dealing with uncertainty and the idea that you are left at the mercy of others.

To dream of defeating someone
If you dream of defeating someone, it means that you are revengeful. You believe in a saying – an eye for an eye, which is why you don’t forget insults and give everyone a taste of their medicine sooner or later. You often misinterpret other people’s intentions, get mad, and change your behavior toward the person you were close with until now without an explanation.

To dream of blaming others for your defeat
When you dream of blaming other people for your defeat, it means that you are not objective. You rarely question your actions because it is easier for you to notice other people’s mistakes and judge them. You give yourself the right to do many things with the excuse that others have been unfair to you, as well, and that life wasn’t easy on you.

To dream about looking forward to a defeat
If you dream about looking forward to a defeat, it means that you will start over. You probably studied or did something you didn’t like, which is why you hardly waited to fail the year or get fired. You will see it as punishment for letting other people create your destiny, which is why you will decide to take matters into your hands and do what you have always wanted.

To dream of being sad because of a defeat
When you dream of feeling sadness for experiencing defeat, it symbolizes love suffering. You have probably ended a relationship or marriage recently, which you believe is one of your biggest failures in life. You have invested a lot of time and effort into it, which is why you will need time to recover and give a chance to someone new again.

To dream about being afraid of defeat
Being afraid of defeat in a dream means that you are insecure. You possess a lot of knowledge, skills, and experience, but you suffer from a lack of self-confidence. You question everything you say and set all your ideas to failure even before you try to put them into action. You make progress slowly because of it and don’t achieve your goals.

To dream of rejoicing over someone’s defeat
This dream means that you can’t build your happiness on someone else’s misery because it will not last long. You might take over a colleague’s job after setting them up to get fired. Another possibility is that you are in a secret relationship with someone who already has a partner. You believe that you will be happy together once the person in question leaves their spouse.

To dream of predicting a defeat
Predicting a defeat in a dream means that you have to listen to your intuition when solving a big problem. Neither reason nor logic will help you this time, but you will get rid of what bothers you quickly and with ease, if you decide to follow that inner voice. That doesn’t mean that you always have to count on your gut because this situation is specific and an exception, which is why it asks for such moves.

To dream of someone blaming you for their defeat
If you dream of someone blaming you for their failures or defeat, it means that your conscience is guilty because of one decision or action. You probably gave someone a wrong piece of advice or suggestion, and you can’t forgive yourself for what you did. Considering that we are talking about a grownup, you need not be so harsh on yourself. The person in question had an option not to listen to you.

To dream of not wanting to admit defeat
If you dream of not wanting to admit defeat, it means that you are a very persistent and even a bit vain or stubborn person. You can’t accept criticism or good-hearted comments but get mad when someone gives you suggestions. It is admirable that you stand up for yourself, but you can’t always be so strong-headed. You have to back down sometimes and stop in order to ask yourself if you are right and if you have chosen the right way to achieve your goal.

To dream about someone congratulating you on a defeat
Even though people usually don’t congratulate others on a defeat but a victory, people who have secret enemies often have such dreams. You are dealing with a very cunning person. They always pat you on the back but speak horribly about you when you are not around. What’s more, the person in question will manage to profit off of your mistakes and naivety if you let them.

To dream of congratulating someone on a defeat
Congratulating someone on a defeat in a dream means that you are a very intelligent but sarcastic person. You show your power and superiority over some people through it. You probably believe that you are much better than others but don’t want to prove it with your deeds but by minimizing everyone around you. You probably have more enemies than friends.

The meanings can differ depending on what form of defeat you dreamt of.

To dream about a defeat in war
If you dream of getting defeated in a battle or war, it means that you will feel relief. You will realize that some people or ideas are not worth fighting for and decide to continue on with your life while waiting for new opportunities. That will be one of the best decisions you could have made at that moment.

To dream of defeating someone in a battle or war means that you will achieve your goal but not be happy about it. You will probably conclude that you have sacrificed too much for it or that you have missed many good opportunities on your journey.

To dream of experiencing defeat in a game
If you dream of getting defeated in a game, it is not a good thing. Such dreams warn about failures in your business and personal life. You will face various challenges and obstacles and put up with a lot of stress because of it. However, you have enough energy and experience to help you overcome that and learn a valuable lesson for the future.

To defeat someone in a game means that you are a cunning and calculated person. You read people well and think a few steps ahead, which helps you achieve business success and get benefits in personal relationships.

To dream about business defeat
When you dream about experiencing business failure, it suggests that you lack much knowledge and experience to achieve what you want. You have overestimated yourself and got involved in something you are not ready for. The only thing you can do now is to listen to pieces of advice from people who wish you well.

Dreaming of defeating someone business-wise symbolizes big ambitions that could get you in trouble at the moment. You need not walk over other people to achieve success because you could regret your decisions once justice makes you pay.

To dream about political defeat
If you dream about getting defeated in elections for a public function, it means that dishonest people surround you. Shortly, you are in bad company, which is why you have to distance yourself from some people if you want to have a beautiful and quality future.

If you dream of defeating someone in elections, it means that you finally have to take responsibility for your actions. Many people depend on you and what you do, which is why the consequences of your bad decisions could have a negative effect not only on you but on them, as well.

To dream of defeat in sports
Experiencing defeat in sports means that you have to keep your vanity under control. You could gain a lot of respect from the people from your surroundings if you decide to put it on the backburner to achieve something for the greater good. However, if you don’t do it, you will become the target of gossips and unpleasant criticism.

To defeat someone in sports in a dream symbolizes your winning mentality. You are very competitive since that is your driving force. If you believe that your opponent is not on your level, you will not make a lot of effort to pass them. You probably have to focus on yourself more instead of paying attention to the people around you.

To dream about defeat in court
If you dream about getting defeated in court, it means that you have to make peace with your destiny. You made some decisions in the past that could backfire on you in the future. The only things you can do now is to try to minimize the harmful effects of your actions and learn something from past mistakes.

If you dream of defeating someone in court, it means that your hard work and effort will finally pay off. You have been working diligently for a long time, but the results were not visible. However, the situation will change soon, and everything will turn for the better. It is necessary to stay patient and persistent.

To dream about love defeat
When you dream about experiencing defeat in love in the sense that the person you like has chosen someone else, it means that you have to force yourself to turn a new leaf. It is time for some radical changes in life.

Dreaming of achieving love victory means that you have to be more modest not only when it comes to money but everything, in general. You probably believe that you are superior to other people, but you do not have the right to minimize their effort, hard work, or success. You become smaller in everyone’s eyes whose opinions you care about by looking at people from a high.

The meanings of dreams can be a lot more trivial. If you have recently experienced defeat, it has left a strong impression on you.

Defeat is a lack of success.