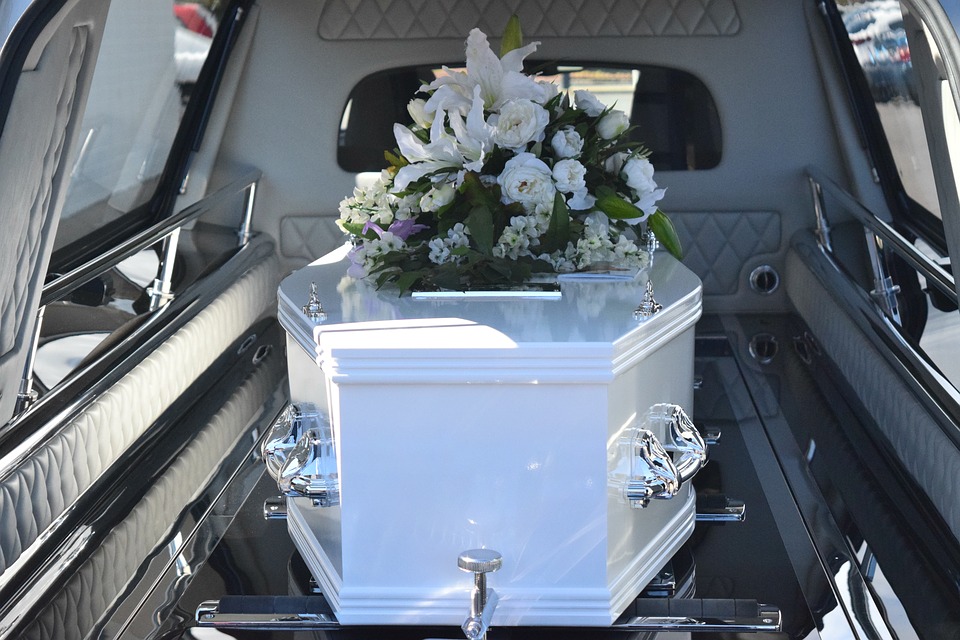 To dream of a coffin
If you see a coffin in a dream, it means that you have a bad feeling about something. You are a very intuitive person who often manages to predict what is expecting you in life. You make an effort to be realistic and prepare yourself for the events you know in advance will not be pleasant.

To dream of an empty coffin
When you see an empty coffin in a dream, it means that you will anger someone. You might annoy one person from your surroundings, which is why you will say what you think of one another to your faces. You have stayed silent many times before and let a chasm form between you two that you will have a hard time overcoming.

To dream about being in a coffin
If you are in a coffin in your dream, it symbolizes a long life. You like to treat yourself, not thinking about the things you can’t change or control. You have seen many people destroy their and other people’s lives over trivial things, which is why you promised yourself a long time ago that you will not be one of them.

To dream of selling a coffin
Selling a coffin in a dream means that you will get rid of unnecessary burdens. That can be something taking up space in your home or feelings that stop you from living your life the way you want. You have to take care of your mental hygiene to preserve your health the same way you make sure that the space you live in is clean.

To dream of buying a coffin
Dreaming of buying a coffin warns of poverty. You will probably have unexpected expenses that will put you in debt. You will need a lot of time to get back on your feet again, working a few jobs simultaneously in the meantime.

To dream of carrying a coffin
To carry a coffin in a dream is not a good sign, unfortunately. Such dreams suggest that you directly jeopardize not only your but your family’s future with your behavior. You have been making decisions that scare and worry your loved ones lately. They might not say it openly, but all of them know that you are making big mistakes.

To dream about dropping a coffin
If you drop a coffin while carrying it in a dream, it means that you are a resourceful person. You know how to avoid trouble and behave in specific situations. Besides that, you have a lot of luck and great intuition, as well. If you continue to live like that, you can hope for a beautiful future.

To dream of other people dropping a coffin
This dream means that you will have a positive influence on someone and be proud of that. That can be a younger family member or a colleague you work with. Anyhow, you have noticed that person’s progress, and you are happy about it.

To dream about lowering a coffin into the ground
Lowering a coffin into the ground in a dream means that it is too late to fix your mistakes. You have probably hurt your loved one with your words or actions. That person will try to forgive you, but they will not manage to forget what you have done. Years will probably pass before you gain their trust and affection again, but that is the price you have to pay, and you don’t have the right to be mad at them.

To dream of opening a coffin
Opening a coffin in a dream means that you are not afraid of challenges. What’s more, you despise a routine and avoid it as much as possible. You always search for new and unfamiliar things. You probably don’t have much work experience in a single company because of that. You turn to new things as soon as you learn something. It wouldn’t be a bad idea to start your own business where you can take advantage of all the knowledge you have acquired so far.

To dream of closing a coffin
Closing a coffin in a dream can mean that you will make peace with your destiny. You might have invested a lot of effort and hard work into something, but that didn’t bring wanted results. You will realize that it is time to give up on it and dedicate your attention to more constructive things in life. That will be a good decision.

To dream of nailing a coffin shut
Nailing a coffin shut in a dream means that you could get rid of vices and bad habits soon. You will probably realize that you don’t want to jeopardize your health anymore, which is why you will decide to change. However, it is time to do something about your way of thinking besides working on altering your diet and habits.

To dream about standing above a coffin
To stand before a coffin in a dream is a good sign. Such dreams predict success, no matter where you have directed your attention, time, and effort. You will have a chance to enjoy the fruits of your labor soon.

To dream of sitting next to a coffin
Sitting next to a coffin in a dream can mean that someone else will solve your problem. You might have been struggling with it for a long time, and you have already lost hope that things will fall into their place. However, one of the people you love might give you a hand, or time will do its thing.

To dream of laughing in front of a coffin
This dream means that you long for revenge. Someone has hurt you, and you want to give that person a taste of their medicine. You will not feel relief even if you manage to do it because you might realize that your battle has been pointless. That will not bring you wanted satisfaction, for sure.

To dream of hiding in a coffin
Hiding in a coffin in a dream predicts a joyful event. You might attend a wedding, christening, or another celebration soon. All of the people you care about will gather in one place, and you will have a great time together.

To dream of someone putting you in a coffin
We call such dreams nightmares because they make us uncomfortable or scared, especially if we are claustrophobic. If someone puts you in a coffin, it means that you lack freedom. You might be in a relationship with a jealous person, and you can’t stand the pressure they put on you.

To dream of digging out a coffin
Digging out a coffin in a dream means that you have to stop digging through the past. A memory of a tragic event has been pulling you back, and you can’t make progress or turn to the future because of it.

Interpretations can differ depending on what the coffin in your dream is like.

To dream about a black coffin
A black coffin in a dream means that you are afraid that people don’t respect you. You probably have good reasons for it. If you have noticed that others minimize your effort and work at your job, it is time to start looking for a new one. If that happens when you talk to your friends, it suggests that you have to find people who will appreciate you more.

To dream of a white coffin
A white coffin in a dream symbolizes a good feeling about something. You or your family member might be going through a challenging and rough period of your life at the moment. However, you are an optimist, and you don’t want to believe that something bad will happen. Many people envy you for such a way of thinking because it helps you protect your mental health.

To dream of a brown coffin
A brown coffin in a dream suggests that you could meet one person soon who will present themselves in a good way, but you will not trust them. Even though everyone around you will admire them, you will keep your distance. It could turn out that you were right later.

To dream about a tin coffin
People who died from some form of contagious disease or infection get buried in tin coffins usually. Consequently, such dreams symbolize your fear of someone’s influence. You make an effort to make decisions alone, but people around you impose their opinions and suggestions out of best intentions. You need not be stubborn and vain but listen to what they have to say.

The meanings of dreams can be a lot more trivial. If you have recently seen or bought a coffin, it has left an impression on you.

Definition of a coffin

A coffin is a burial box in which the remains of a dead person are kept before a funeral.