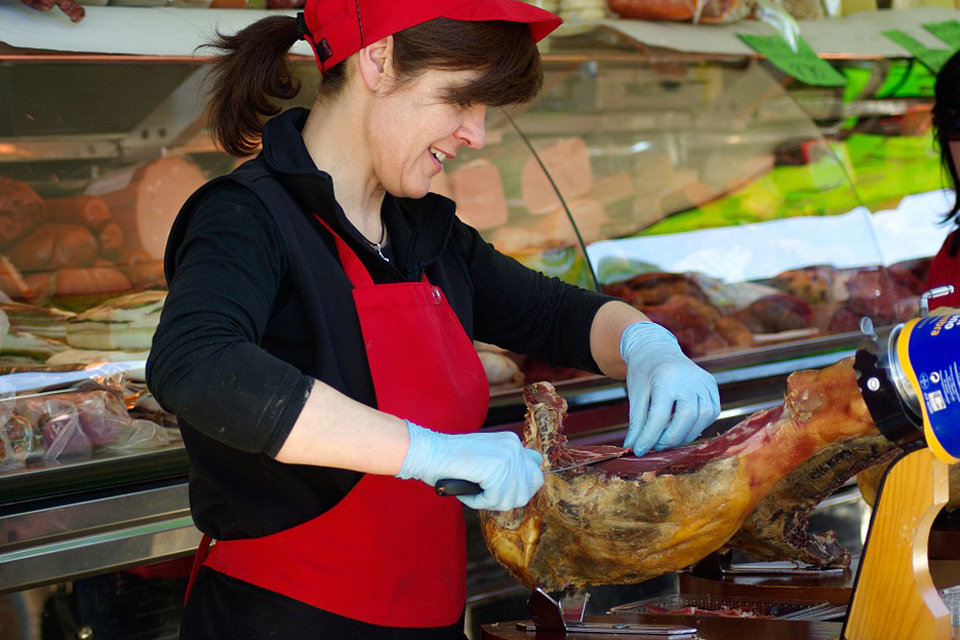 To dream of a butcher
When you see a butcher in a dream, that symbolizes an argument with your relatives. Despite great love that you feel for one another, you can’t find a mutual language. You know that they want the best for you and that there is nothing that they wouldn’t do for you, but you often feel as if they believe that you are an irresponsible and immature person who wouldn’t be able to manage around without them.

To get meat from a butcher
If you are dreaming of a butcher giving you meat, it means that you will become merciless. You are someone who quickly forgets where they are coming from, so you will soon start acting the way others behaved when you were just starting your career. Power and money will change your priorities, so you will not let anything stand between you and your goal.

To be a butcher
Dreaming of being a butcher symbolizes an offense. You might interpret someone’s good-hearted piece of advice as to their need to meddle in your life and impose the values that they find right on you. Whether we are talking about business or private matters, you will be furious, which will make you realize that that is your weak spot.

To argue with a butcher
If you are dreaming of arguing with a butcher because they sold you a bad piece of meat or charged their services wrongly, it means that you will have an uncomfortable experience with an aggressive person. You will try to explain something to someone using facts, but they will not want to listen to you because they will believe that they are right. It would be best not to argue with such people at all, but try to stay calm when that happens and don’t provoke them for a reaction since such people are ready for everything.

To see others arguing with a butcher
A dream in which you see someone else arguing with a butcher means that you will have to work a lot more because of someone else’s irresponsibility and laziness. You will probably do one project in a team, so you will make sure to do your part of the job the best you can, but other people will not take their tasks seriously. You will have to sacrifice your time so that the job would get done the right way, which will frustrate you a lot.

To dream of a butcher chasing you
When you are dreaming of a butcher chasing you with a knife or a meat chopper, that is actually more like a nightmare than a dream that people often have. If you experience this uncomfortable situation in a dream, that symbolizes problems in the real world. You will face big challenges and obstacles, but if you continue to be courageous and persistent, you will succeed in solving them without bigger consequences.

To fighting with a butcher
These dreams symbolize repressed aggression. Something probably angered you in the real world, but you didn’t react the way you wanted. You have transferred such negative feelings into a dream, which is why these horrible images are haunting you. Try not to think about the problems that worry you before going to bed. That is the only way to get rid of these scary dreams.

To see others fighting with a butcher
If you see someone else fighting with a butcher, it means that someone else’s ingratitude will hurt you. You will help someone without expecting anything in return, but that person will show a great deal of disrespect and ingratitude to you later. You will see them in a completely different light after that, and there is a chance that you will be sorry for even helping them.

To dream of a butcher hurting you
If you are dreaming of a butcher wounding you with their tools, it means that you should be more honest with yourself. You have been repressing some feelings and intentions for a long time out of fear that people around you will judge you. You think too much about what others will say, while you don’t think of yourself at all. If you believe that something is right, and you won’t regret your decision after you do it, then others and their opinions don’t matter.

To hurt a butcher
Wounding or hurting a butcher in a dream means that you are very good at what you do. You deal with tasks easily, and you don’t need a lot of time to learn something new. Your superiors love you because of it, but they are not rewarding you enough for your effort and hard work. You are thinking about changing your job lately since you have lost all hope of ever being appreciated and respected enough.

To kill a butcher
Killing a butcher in a dream means that you are obsessed with revenge. Someone hurt, offended, or tricked you in the past, and the only thing you are thinking about is how to get back at them. Such negative emotions are affecting the quality of your life. Not only will you not hurt the person that hurt you, but you will destroy your mental health as well.

To see a dead butcher
A dead butcher in a dream can have various meanings. If someone who owns a private business dreams of a dead butcher, it means that they will lose a good employee. If someone who is in agriculture has this dream, that symbolizes a bad harvest and big losses. However, if all of the above doesn’t apply to you, this dream is the result of the injustice that you experienced in the real world.

To kiss a butcher
If a woman dreams of kissing a butcher, it means that she appreciates security, sacrifices, and protection more than intelligence or physical appearance in the opposite sex. You are someone who wants to have s stable and responsible person by your side that stands with both feet on the ground. If a man dreams of kissing a butcher, it means that he is attracted to another woman, even though he has a partner. The butcher in this context is the fulfillment of your hidden desires. Ask yourself would you really jeopardize your relationship with a partner because of a temporary fling.

To dream of other people hiding from a butcher
If you see someone else hiding from a butcher in a dream, it means that someone will convince you that what you are doing is wrong. Someone’s skillful manipulation tactics will probably affect your final decision. You will listen to that person but regret it soon.

To dream about chasing a butcher
Chasing a butcher in a dream means that you will be mocked in your circle of friends. Someone will make sure to embarrass you, while you will only make things worse with your violent reaction. If you end up in that situation, don’t argue but smile and distance yourself from that person.

To dream of other people chasing a butcher
This dream means that you will try to change the opinion that people have about your loved one in vain. Your partner or one of the family members has been making decisions lately that other people don’t like or can’t understand. However, you will not manage to convince anyone that your loved one is actually a good person, no matter what you say.

To dream of a butcher refusing to serve you
When you dream of a butcher refusing to serve you or sell you the cut of meat you want, it means that you don’t have the best reputation in society. That can be the result of bad decisions or your behavior toward other people. If you are arrogant, people don’t like you for a reason. You might not even care about them, but you end up hurt when you hear people saying that you are pretentious and rude because you don’t possess such negative traits in reality.

To dream about a butcher selling rotten meat to you
This dream means that you are very reckless, which could get you in trouble in the future. You trust people too much and believe that no one would ever hurt or scam you on purpose. However, things are not the way they seem, so don’t confide your secrets in people who have not proven that they are your honest friends.

Meanings of dreams can be simpler. If you have recently seen a butcher slaughtering something or giving you meat, that has made an impression on you.

Definition of a butcher

A butcher is a worker who slaughters and processes meat and meat products used in people’s nutrition.