What Does It Mean to Dream of an Aversion?

Home » A » What Does It Mean to Dream of an Aversion? 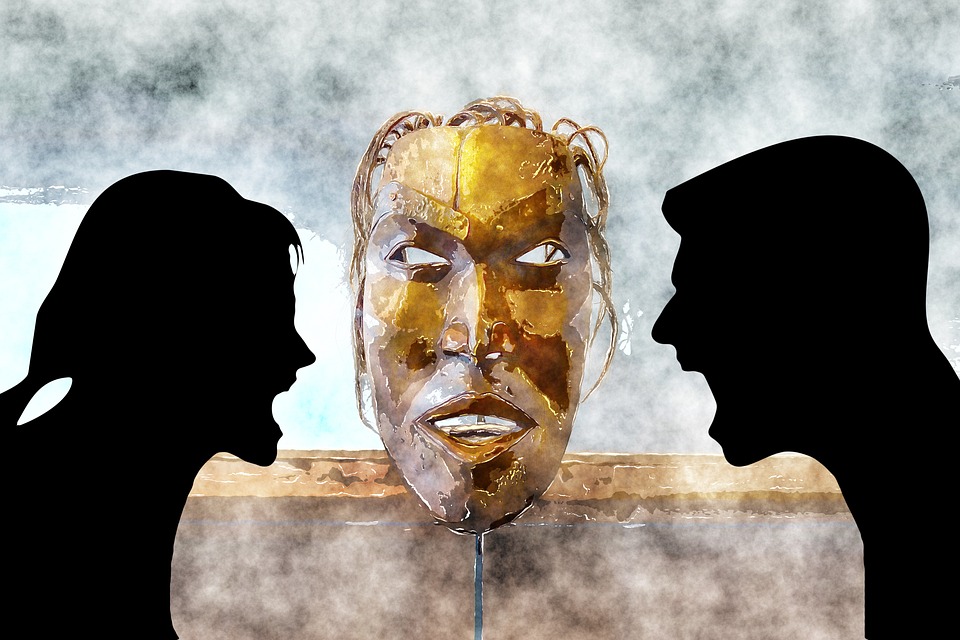 To have an aversion
Dreaming of having an aversion to something can be interpreted in more ways. It is possible that your partner or family are distracting you from something that you find important. You will be dissatisfied because people from your surroundings will not be understanding of your plans that you have been planning for a long time, but now you have the chance to achieve them. It is possible that you will go to college, change your job or travel abroad.

To have an aversion to loved ones
You have a feeling that you are always there for people when they need help, while no one understands your wishes. The reason they are taking care only of themselves are fear that you will leave them or that they will not have enough money, according to their words. You will not ask anything from them, except to let you fight for yourself and your dreams. Another possibility is that the dream is telling you that you don’t want to do something which other people are pressuring you to do. You have never felt the need for praises or people’s recognition. On the contrary, you have tried to do things out of spite and break the norms of polite behavior, which you find hypocritical and stuck up.

To have an aversion to religions
You will be asked to make a choice that is a complete opposite of what you believe in. You will struggle with yourself as well, but you will have to make a decision that will affect other people too. There is a possibility that you want to have a serious conversation with a loved one, but they are postponing it constantly. You think that it is time to be honest with each other and talk openly about your future plans. You have a feeling that your beliefs and views differ from those of your partner and that they are not thinking of having a serious relationship with you. It is possible that they know what you want to talk about, so they are trying to figure out what they want, while they still have the chance.

To have an aversion to yourself
Dreaming of being disgusted by yourself symbolizes insecurity and a lack of self-respect. You depend on people’s good opinion about you. You are afraid that they might notice some of your deficiencies. You constantly search for your own flaws, while you admire other people. You are trying to hide your fears, but they keep coming to the fore. Your complexes are stopping you from being successful business wise and personally. You are probably more competent than most of the people you work with, but you are hiding it so that you don’t offend anyone. If you don’t want to have these dreams anymore, you will have to change your attitude and perception of yourself. That life will be easier for you and you won’t feel like a loser anymore.

To have an aversion to people
Dreaming of having an aversion to people means that someone you trusted a lot disappointed you. They have promised you something and they didn’t keep that promise, but forgot about it completely. That has hurt you a lot, because you have counted on them. You have projected that on other people in your dream. Watch out so that it doesn’t happen in real life as well.

To have an aversion to animals
Dreaming of having an aversion to animals means that you are trying to hide your needs and urges. You are an organized and dedicated person who always appreciates reason more than emotions. You rarely show you emotions, which surprises and confuses people from your surroundings. You are pretty closed off and you enjoy being in solitude. Because of that, you have a hard time with making new friendships or being in a relationship. However, those who know you well will appreciate your kindness and honesty, which is what matters to you.

To have an aversion to objects
Dreaming of having an aversion to objects or things means that you are dissatisfied with your financial situation. You often compare your earnings with people around you and you know that you have the lowest income. That is frustrating you so much that you will decide to have another job, in order to have more money. You are fantasizing about winning at games of chance, but it will not come true. Ask yourself if you really need higher earnings, or you have complexes.\

To have an aversion to food
Dreaming of having an aversion to food symbolizes your need to gain or lose weight. No matter the wish, you are not satisfied with your look. You have tried many times to achieve the wanted weight, but you kept going back to your old ways. It means that you are not persistent enough with your intentions. Someone’s comment about your looks has deeply offended you, so you will decide to make it this time. You will try to prove that you have enough will and strength to make a change. However, take care of your health and ask for an advice from a professional who will tell you what steps you should follow.

To have an aversion to alcohol
Dreaming of having an aversion to alcohol can be connected to reality on more than one level. It is possible that one of your family members has a drinking problem. Their behavior when they are drunk is disgusting to you, so you are projecting it onto your dreams as well. On the other hand, it is possible that you love to have a few glasses too many to relax. All of it seems better and more beautiful then, which makes you happy. However, you are aware of consequences that vice can cause, so you are punishing yourself while dreaming.

To have an aversion to sex
Dreaming of having an aversion to sexual relationships can represent hidden desires and needs. You probably have some fetish that your partner doesn’t understand and like. The fact that only you are ready to compromise is frustrating you, but you don’t want to push them to do something they are not comfortable with. You are thinking that the best option would be to satisfy your needs somewhere else, but you know that would hurt your loved one deeply.

To have an aversion to taking risks
Dreaming of having an aversion to risk taking is often connected to some decision from the past that has costed you a lot. It is possible that you have invested money and time into something that didn’t pay off, or you have invested a lot of effort into someone who couldn’t return the favor. That makes you overly cautious, so you are always thinking of your next move. All of it can be really burdening for your mental health, but you think that is the only way to never make that mistake again. That way of thinking could cost you the most important thing in your life, which is your health.

To dream about having an aversion to your ex
This dream suggests that you have to stop burning bridges behind you. You are used to cutting off some people from your life and talking badly about them. You say more about yourself than those you are not in good relationships with that way.

To dream of having an aversion to the poor
Having an aversion to the poor in a dream means you have to stop treating other people with arrogance. The fact that you are more successful than some of them doesn’t give you the right to be rude or condescending when discussing someone’s hard work or knowledge. If you continue acting that way, you will lose some loved ones.

To dream of having an aversion to the sick
When you dream of having an aversion to the ill, it implies that you are afraid of stating some of your attitudes out loud because you believe people could judge you. You might be right, but you have to know that the truth will come to the surface sooner or later, which is why it would be better to be more honest with the people you care about.

If you have any kind of these aversions in the real world, this dream shouldn’t be interpreted.

Definition of an aversion

Aversion is a stylistic figure that signifies the replacement of the main idea with a side idea, without the listener being even aware of it.