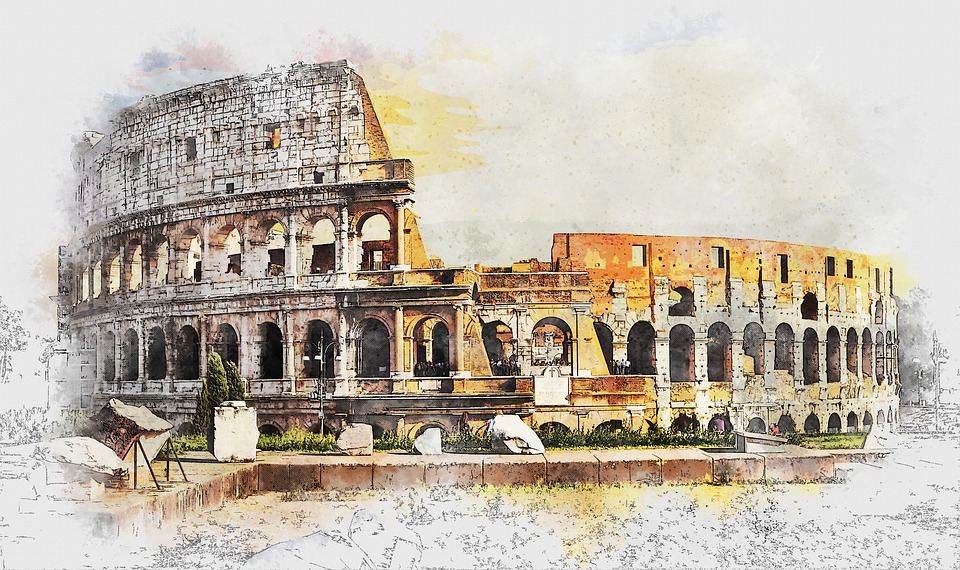 To see an arena in a dream
Dreaming of seeing an arena means that you will overcome difficult worries. Your life is currently a ring in which you are fighting other people and yourself as well. Your wishes and possibilities are constantly in conflict, while you lose most of your energy lamenting over things you would like to do, but you can’t. In the following period, you will realize that there is no use of complaining and you will start working on achieving your dreams. You will invest a lot of effort to make the first step, but after it, things will start to develop the way you want them to. It is also possible that you feel chained, because other people are telling you what job to do, which college and partner to choose. You have a feeling that you are fighting with stronger and more powerful opponents, but only persistence will beat their need to control your life.

To be knocked out in an arena
Dreaming of being knocked out in an arena means that you will face the truth. You will soon find something out about your partner, which will hurt you a lot. Many things will become clearer and you will not be able to believe that you haven’t realized some things before, while they were right in front of you. You will apologize to people who have pointed at the reality to you this whole time, because you have rejected to see it.

To surrender in an arena
Dreaming of surrendering in an arena means that you are dealing with a problem that you can’t solve on your own. You will face with the fact that you are not almighty and that you also need another people’s help. That will seem like a humiliation at first, but the attitude of people you will ask for help will assure you that you are doing the right thing.

To fight in an arena
Dreaming of fighting in an arena symbolizes fear of failure. You are probably doing something that is not satisfying you or bringing you profit, for a long time. On the other hand, it is possible that you are afraid of failure in your love life as well. If you are married or in a relationship for a long time, you are doubting your partner’s fidelity, while if you are single, you are afraid of never finding the love of your life.

Dreaming of a gladiator fight in an arena
Dreaming of watching a gladiator fight in an arena means that you are dissatisfied with something. However, you are acting like everything is fine and like you have a happy and fulfilled life. You are constantly trying to not let people from your surroundings notice your worries, because you are afraid that someone could abuse that information. This kind of behavior will not bring you anything good in the long run. Ask yourself where you are mistaking and if you can fix it. You have to realize that you shouldn’t be ashamed of giving up on something that is not working out.

To watch a gladiator fighting with animals in an arena
Dreaming of gladiators fighting with animals means that you will have an argument with a stubborn person. That conversation will anger you, but you will also try to explain to them that they are wrong. Your need to prove your points will not be interpreted the way you want it, even though you don’t have bad intentions. However, your colleague, friend or a partner will see it as criticism. A lot of time will pass, before you realize that the argument is not worth your time and sanity.

To be beaten up in an arena
Dreaming of being beaten up in an arena symbolizes your need for a vacation. Piled up obligations, stress and many problems are endlessly exhausting you. You are lusting over an idea of running away from everything or taking a short break at least. You know that all of it is not possible at this moment, because you would leave your loved ones hanging.

To beat someone up in an arena
Dreaming of beating someone up in an arena means that some wish of yours will come true in the near future. You are probably fantasizing of something for a long time, but you were not able to achieve it. The following period will be really beneficial for you, so use it for enjoyment.

To be killed in an arena
Dreaming of being killed in an arena means that you will have to give up on a loved one. Your family member or a friend will decide to move somewhere else, which will disappoint you a lot. Even though that is better for them and you know it, you will be lonely and defeated.

A circus arena
To see a circus arena means that you are piled up with obligations and problems. You feel like a juggler, while many tasks and problems are burdening you. It is possible that you will end up in a risky situation, but you will be able to deal with it.

Different animals in circus arenas have different interpretations. If you dream of a lion fighting an elephant, it means that you have some kind of a moral dilemma.

A sports arena
Dreaming of a sports arena symbolizes facing with the ‘force’ that is more powerful than you. It is possible that you will witness some injustice, but you will not be able to do anything to change it. Another interpretation is that your hard work and effort will finally be rewarded.

An empty arena
Dreaming of an empty arena means that you are lonely. You have a hard time with making new friends or acquaintances, while you have an even harder time with bonding with people emotionally. On the other hand, it is possible that you feel that people from your surroundings don’t see you in the right light. You probably think that they don’t pay attention to you at all. That is creating complexes and the lack of self-confidence in your life.

A full arena
Dreaming of a full arena symbolizes fear of public speaking. It is possible that you will have to talk in front of a large group of people, because of work, which is making you really nervous. You are afraid of their reaction, so you are constantly thinking that you will somehow make a mistake. However, if you have enough knowledge about the topic of your speech, there is not reason for worry. Show your confidence and if you feel fear, smile to people who are present. That will attract a lot more positive energy and you will feel a lot better.

To see a gladiator
Dreaming of a gladiator means that you need protection. You are probably in a difficult situation that you can’t get out of. If you had someone by your side, who would help you and who you could trust, you would be relieved.

To have an argument with a gladiator
Dreaming of having an argument with a gladiator means that your friend is resenting you for something. Someone didn’t like your decision, so they are constantly trying to prove that you were wrong for doing something you thought was the best thing to do. You have always cared for other people’s opinions, but you will decide to ignore them this time. You feel like you are doing the best thing for yourself.

To kiss a gladiator
Dreaming of having any kind of an intimate relationship with a gladiator symbolizes your need for attention. If you are married or in a relationship for a long time, it is possible that communication with your partner is not great, which is reflexing on your sex life as well. On the other hand, if you are single, you are fantasizing of someone who will respect love as much as you do.

To dream of entering an empty arena
If you dream of entering an arena without an audience or rival, it implies that you have to work on your self-confidence. You often set your ideas to failure, even before you try to implement them. If you work on the insecurities that bother you, you can achieve many things.

To dream of entering a packed arena
If you dream of entering an arena full of spectators, it can mean you are afraid of public speaking. People who would do any other type of job instead of speaking in front of other people have such dreams. You are probably the type of person who does the work but stays in the shadows because others present your results, which is why they get praise instead of you.

To dream of the audience in the arena cursing or booing you
This dream suggests that you might be the target of gossip because of some decisions or actions. People who have never met you will also talk about you, but you need not pay attention to that or try to explain your actions to anyone because it will not bring you anything good.

Meanings of dreams can be simpler. If you have watched an event in the arena, or saw a movie about it, that is a reason enough to dream of it.

Definition of an arena

An arena is a circularly or semi-circularly shaped space that is usually found outdoors.