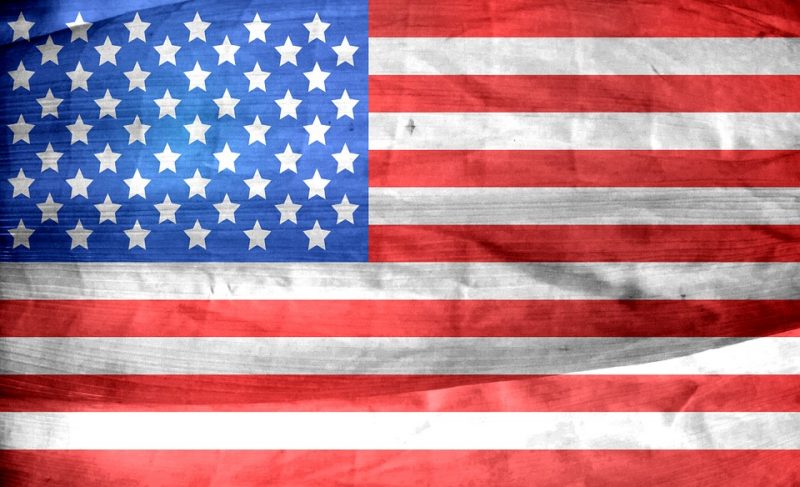 To see an American
Dreaming of seeing an American warns you of problems with the law. If you are starting a new business, there is a possibility that you haven’t researched enough about problems you can get yourself into. You are probably blinded by stories about great earnings without a lot of effort. You already see that things are not the way you wanted them to be and that you will not be able to get out of that world like you wanted to.

To talk to an American
Dreaming of talking to an American symbolizes success in business. You will soon get an offer to work for a foreign company. If you are going to an interview don’t doubt yourself, because the superiors will be thrilled by your knowledge and abilities. You will forget about bad experiences with former superiors and work with serious, responsible and honest people with pleasure.

To marry an American
Dreaming of marrying an American means that you are afraid that your partner is two-faced. No matter how much you deceive yourself and others, you know that the main motif of your romance is profit. It is possible that you’ve always had a lot of money that attracted a lot of people to you. You are aware that you don’t have true friends and that no one would be by your side if you lost status in the society. That hurt you a lot before, but you’ve managed to accept the situation with time and use it to the maximum.

Having an argument with an American
Dreaming of having an argument with an American means that the time has come to stop judging a book by its covers. Your judgement don’t let you get close to people. You are in a circle of specific people and you don’t let anyone near you. The reasons for not being able to make friends or meet new people search within yourself, not in other people’s flaws.

Someone else having an argument with an American
Dreaming of other people having an argument with an American means that you are bothered by other people’s misunderstanding of your actions. It is possible that you’ve decided to change a job or college, but your loved ones don’t see it in the right way. In the near future, you will be faced with those judgement, but you will realize that only you should make decisions that will affect your life.

To have a fight with an American
Dreaming of having a fight with an American means that you are dissatisfied with your life and you envy people who are more successful in everything than you. That feeling has bothered you for a long time, but you don’t know how to change that. You will probably want to change your dwelling place, because you feel like that is your opportunity to start over. If you decide to live among people who don’t know you, you will feel like a less of a loser. Think about your next move carefully, and try to find a reason for having such a problem. Ask yourself if that solution is the only right thing to do.

Dreaming of someone else having a fight with an American means that you will probably have an argument with a partner or colleague because of money. They think that you spend too much and don’t think of your future. Since you are in a situation where you can fulfill certain wishes to yourself, you will not agree with their remark, of course. Try to compromise as soon as possible, because otherwise that relationship could end up with a breakup.

To kiss an American
Dreaming of having any kind of an intimate relationship with an American symbolizes your need for excitement. You have fallen into a routine and you feel like every day is the same. You want to try new things, meet new people, or have a passionate love affair, but you are not doing anything that would help your wishes to be achieved. Don’t expect everything to be given to you on a platter, and if you want a change, know that it depends solely on you.

To drink with an American
Dreaming of drinking with an American means that you will meet an interesting person. You will be impressed by their beliefs and you will soon realize that you have many things in common. It is possible that one of you will have a crush on the other person, but nothing more than that, because they are in a happy relationship or marriage. However, you will want to spend more time with them because their company suits you.

To see America
Dreaming of seeing America symbolizes great expenses. You have probably been postponing obligations regarding investments for a long time. Now, all of it has blown into your face. You will realize that your needs are far greater than the amount of money you possess. That will be a big pressure for you, so you might decide to take a loan. Be really careful while signing any kind of a contract, because unfavorable conditions could cause you great headaches.

To visit America
Dreaming of traveling to America or visiting that county as a tourist means that a close person will surprise you with a nice gift. It will be something that you have wanted for a long time, but you didn’t have the money to buy it. You will realize that they know you really well, so you will appreciate them even more.

To live in America
A dream in which you live in America symbolizes the need to change your dwelling place. You have been thinking about it for a long time. Your loved ones and pleasant memories tie you to the city you live in at the moment, but you are aware that you don’t have a future there. You are not sure if you should leave everything behind or stay where you are and build your life there, realizing that it takes a lot of effort and hard work to achieve that. You need to know that the same problem will wait for you wherever you go.

To dream of working for an American
If you dream of working for an American, it implies that you fantasize about your financial situation improving. You probably work a lot but are not properly paid for it. If you are sure that nothing will change for the better in the next few months, you have to start looking for a new job. Younger people might decide to look for happiness in another city or state.

To dream of collaborating with an American
Doing business with an American in a dream suggests that you will get a chance to show off your knowledge and skills. You probably work hard on yourself but haven’t had an opportunity to present it to others. You could soon amaze someone, not only with the talents you possess but also with how you communicate with others.

To dream of an American robbing you
When you dream of Americans stealing from you, it implies that you might end up in trouble if you get your hands on a project you are not up to. You might underestimate the complexity of one idea or job and get into it with the intent to getting it done quickly. However, you will need a lot of time and effort to see the first results.

To dream of robbing an American
Robbing an American in a dream means you are delusional. You probably believe your acquaintance has an ideal life because that person has achieved everything you fantasize about. You have to know that everyone has their own personal problems, challenges, and crisis that they have to battle. It is up to you to fight for the achievement of what you want, as well.

To dream of an American threatening you
If you dream of an American threatening you, it implies that you will have to deal with an arrogant person. They might expect you to finish one project or do them a favor while ignoring all the rules and procedures. When you refuse to do it, the person in question will become very aggressive, but you need not let that scare you because they threaten you with an empty gun.

To dream of threatening an American
To threaten an American in a dream means you will finally dare to tell someone everything you think of them to their face. You have been putting up with that person’s provocations for too long, and you will conclude that you have to do something about it. You need not argue, but try to leave your emotions aside and use logic to state your attitudes backed up with facts.

To dream of being at war with Americans
Being at war with Americans in a dream means you have a powerful enemy. Not only will that person make sure to achieve their goal, but they will also persuade others that what they are doing is right. You will have to prove them are wrong and find a way to deal with everything you get fed up with from the other side.

If you have recently talked to an American or met someone from that country, dreams shouldn’t be interpreted. Also, if you’ve watched and American movie, that has made a strong impression on you.

Definition of an American

Americans are people who live in United States of America.