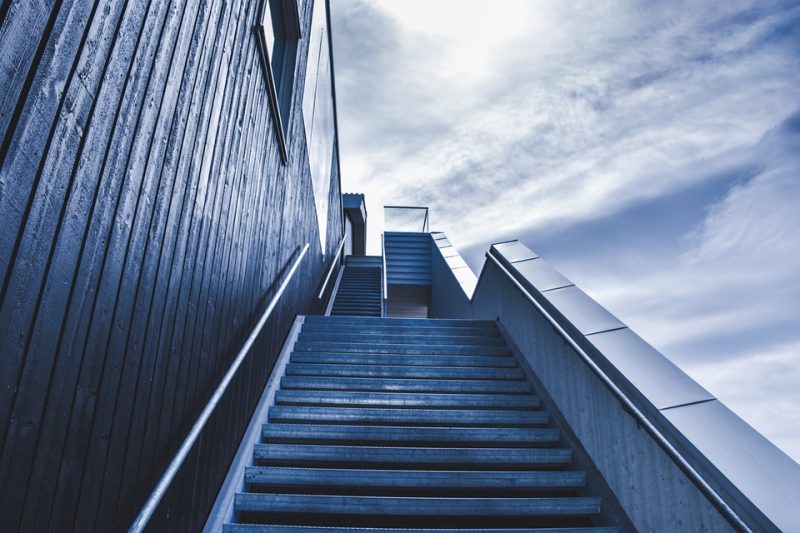 Ambition is really hard to recognize in a dream, so interpretations of those dreams depend on the context in which they occur and on details that follow them.

To dream of an ambitious man
Dreaming of an ambitious man means that you are afraid of business competition. It is possible that you are under pressure because a colleague who is capable of overtaking your job or promotion has come to your company. You’ve realized that you are not irreplaceable which worries you. You have a problem with disloyal competition who is ready to do anything to take the job as well. You like to be in charge and make people do whatever you say. However, your decisions will start to be questioned, so you will have to think twice before you do something on your own. Your superiors will blame you for not being a team player and they will have a problem with arguments you have with colleagues more often.

To be ambitious in a dream
Dreaming of being ambitious symbolizes success regarding business or school. With a lot of hard work, you will be able to study or do whatever you want. It is possible that your parents or a partner will disagree with your choices, which will be a problem for you. Everything you decide will seem not good enough to them, but you will not pay attention to it. You will listen to yourself and decide to do a job which you love, because you can’t imagine doing something that doesn’t interest you or make you happy for the rest of your life.

To struggle with ambition in a dream
Dreaming of struggling with ambition means that your distrust toward other people is not completely justified. Try to be more open when communicating with people from your surroundings and remember- the fact that you were burned once for confiding in someone you shouldn’t have doesn’t mean that everyone around you is the same.

If ambition in your dream makes you show your character, it means that you see all your life failures as tragical. You can’t come to terms with failure and you keep going back to something which you weren’t successful in. That can be fatal, because it stops you from continuing to work on yourself in order to improve yourself.

If you have an argument with someone in your dream while showing off your ambition, it means that you are self-critical and unsure of yourself. You are often not sure if what you are saying or doing is right, which causes you to make mistakes. In order to correct that, you will have to have more faith in yourself. The society trusts people who have a bunch of self-confidence more.

Dreaming of not being able to reconcile with a friend or partner because of ambition means that your subconsciousness is telling you that you are mean to someone. You didn’t judge them well from the beginning, which is why you thought they had bad intentions. Even though you don’t want to admit that you are the main person to be blamed for your fight, your consciousness is warning you that the time to admit your own mistakes has come.

If you are fired in a dream because of your ambition, it is possible that your arrogance doesn’t let you fit in with other colleagues. You are probably someone who your colleagues see as a weird, arrogant and rude person. Since you are not like that in real life, make sure to show them your good side and finally gain true allies, instead of having enemies and competitors only.

Dreaming of an ambitious child
If your child is too ambitious in a dream, it means that you resent too many things to your parents. It is possible that you will never forgive them for something they’ve done, which is bothering you even today. Since you are a grown-up now, it is time to leave your childhood problems in the past and dedicate your time to working on better future.

To talk to an ambitious person
Dreaming of talking to an ambitious person means that you will have a good business opportunity that you can’t miss. It is possible that you will be doubtful of whether to accept it or decline it, out of fear, but you should know that it is the best thing you can do for yourself. However, you will be afraid of your family’s or partner’s opinion, because your new job will mean having less time to be with them. Straight your priorities and organize yourself, so that everyone is satisfied. However, don’t push it too hard, because at some point your professional or private life will suffer and you just need to accept it.

To have an argument with an ambitious person
Dreaming of having an argument with an ambitious person means that you are dissatisfied with your financial situation. Things are probably not going the way you’ve imagined it, which frustrates you. You will have to coordinate your wishes with your possibilities, no matter how hard that might be to you. If you keep spending too much, you will end up in a serious financial crisis.

To have a fight with an ambitious person
A dream in which you have a fight with an ambitious person symbolizes a conflict within you. It is possible that you will be in a difficult position regarding your emotional life. You will like someone who is taken. You will think a lot about them, but you will come to a conclusion that they would never cheat on their partner. You will feel even bigger pressure if you are married or in a relationship for a long time.

To kill an ambitious person
Dreaming of killing an ambitious person means that you will give up from a business idea or an intention to start your own business. If you are lately thinking of starting your own company, where you would be your own boss, your friend’s or an expert’s advice could talk you out of it. You don’t have a reason not to believe them, since you know their intentions are good.

If you want to change your current job or profession, your will experience success that will talk you out of it. Your superior might give you a raise, or some other reward that will bring you faith in your job and company you work for.

To kiss an ambitious person
Dreaming of having any kind of an intimate relationship with an ambitious person means that you are dissatisfied with your sex life. If you have been married or in a relationship for a long time, you feel pressure because of your partner. You are constantly arguing because they have bigger sexual needs than you. That makes your partner feel like you believe that they are satisfying their needs with someone else. You don’t know how to explain to them that they are wrong, and that you are just tired and want to enjoy in other things. Be careful, because if this type of relationship between you two continues, it might be fatal for your relationship or marriage.

If a married woman dreams of getting married to an ambitious man, it suggests that she is married to a lazy person.

If a married man dreams of getting married to an ambitious woman, it usually means he is married to a lazy person.

To dream of criticizing someone for their lack of ambition
Criticizing someone for their lack of ambition in a dream can suggest that you have to give advice less frequently and deal with your problems more. It is easy to preach to others while pushing your issues under the rug. You can’t solve anything by talking because you have to work hard and make sacrifices.

To dream of getting in trouble because of excessive ambition
If you dream of excessive ambition putting you in danger, it implies that you self-sabotage. You set all your ideas to failure even before trying implement them. You are not less successful than under people because you are incapable, stupid, or unresourceful but because you don’t dare to finish what you start.

If you have recently talked to someone about yours or other people’s ambitions, this dream shouldn’t be interpreted. Also, if you have read something, or watched a movie whose main plot is about someone’s ambition, it is possible that you are under the impression from that.

Ambition is a desire for expiration, fame, recognition and success.