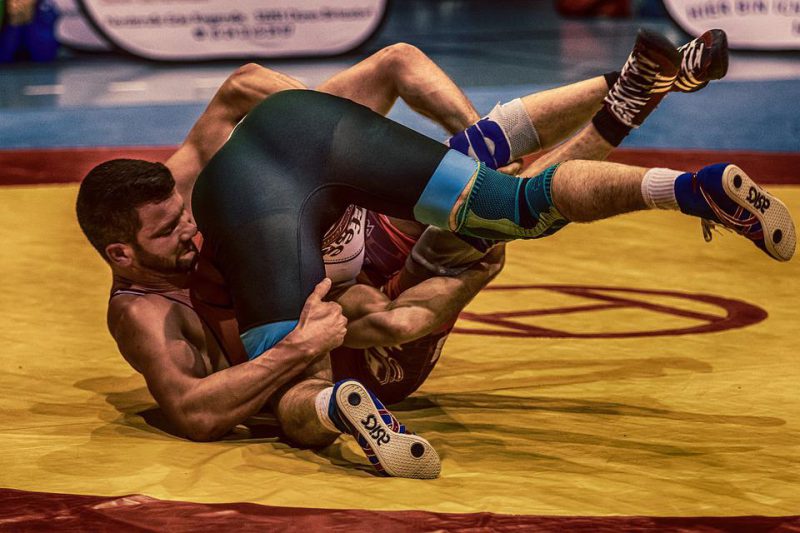 To dream of wrestling with someone
If you dream of wrestling with someone, it symbolizes depression. You might be sad because you can’t find a solution to a problem you have at work or in your marriage or relationship. You would like to say many things to the person you have a conflict with, but you get confused at the moment and miss an opportunity to fix your relationship over and over again.

To dream of refusing to wrestle with someone
If you dream of refusing to wrestle with someone, it means you don’t want to argue. You believe wiser people let things go, so you often give up on what you want, not to enter into a conflict. Some people have started taking advantage of it, so you either have to show your teeth or make peace with losing everything.

Interpretations of such dreams depend on the context in which they occur and the details that follow them.

To dream of wrestling with a partner
A dream wherein you wrestle with your partner means you will solve the issues that are bothering you at the moment. It sometimes seems like you are not on the same wavelength and have a difficult time resolving specific problems. However, your love will win if you respect each other.

To dream about wrestling with your ex
Wrestling with your ex in a dream can suggest that you haven’t resolved something. Some things are left to be said, but you are trying to ignore them and not look back. In that case, the dream is a reflection of your subconscious.

To dream of wrestling with a family member
Wrestling with a family member in a dream means you will forgive your loved one for making a mistake. One of the people you care about has done something you suffered for, and you have a hard time getting over it. However, you will soon realize that life is too short to spend it pouting and holding grudges.

To dream about wrestling with a child
Wrestling with a child in a dream means you underestimate one task, obligation, or problem. You believe you will get it done quickly, but things will not go smoothly. The sooner you decide to deal with it, the faster you will realize what you are up against and be able to come up with a good strategy.

To dream of kids wrestling
When you see kids wrestling in a dream, it means you will get involved in someone’s game. One person might try to take advantage of your friendship with their enemy. If you pay attention, you will figure out what is going on and be able to do something to avoid a negative outcome.

To dream of wrestling with a friend
Wrestling with a friend in a dream means a hidden conflict exists between you. You have probably been competing in everything since childhood but would never admit it to anyone. There is nothing bad in rivalry if your whole relationship is not based on it.

To dream that your friends are wrestling
A dream wherein you see your friends wrestle can mean that one side will talk badly about the other to you. They will probably argue about something and ask you to say who is right. No matter what you do, it will be wrong, which is why you should tell your friends right away that you don’t want to be a part of either of their problems or solutions.

To dream that your colleagues are wrestling
If you dream of your colleagues wrestling, it means you will notice that one side is trying to sabotage the other. Considering that you are just, you can’t only observe what is going on, so you will openly point out the fact that one person’s methods are wrong and could be lethal for both of them.

To dream about your boss wrestling with someone
This dream usually symbolizes an upcoming crisis in the company you work for. Don’t be surprised when your boss announces they are reducing salaries or letting people go. You have to get ready for such a scenario by cutting down on expenses and starting negotiations about transferring to another job.

To dream of wrestling with a stranger
Wrestling with a stranger in a dream is a clear sign that you are your worst enemy sometimes. You overthink and overanalyze everything and get the wrong impression of your relationship with others. Things are often not black or white, so the sooner you realize that, the faster you will make peace with the world.

To dream about someone hurting you while wrestling
If you dream about your opponent hurting you while wrestling, it implies that you get easily offended. You can pout for days when something doesn’t go your way. Your silent treatment drives your loved ones crazy, but chaos ensues when you explode. Not only are you jeopardizing your relationship with the people you care about with such behavior, but you also harm your mental health. If you don’t want to change for others, do it for yourself.

The meanings of dreams can be a lot more trivial. If you have recently wrestled, watched wrestling, or won a medal in that sport, it has left a strong impression on you.

Wrestling is a sports fight between two competitors whose goal is to knock the opponent down without hitting them.