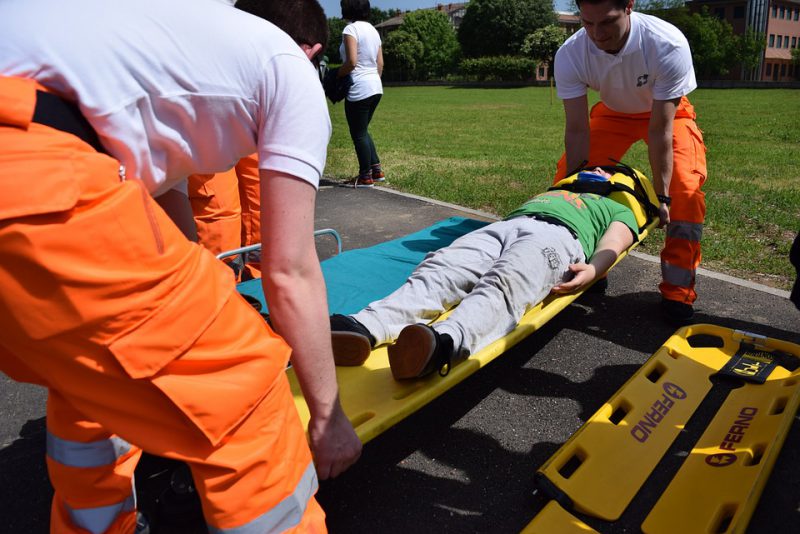 To dream that you are wounded
When you are wounded in a dream, it means that someone will return love to you. After a long time, you might persuade your crush that you are the right person for them. It will turn out that it was a good thing that you didn’t get into a relationship right away because you were not mature enough then, so your relationship wouldn’t have a bright future.

To dream of a wounded person
If you see a wounded person in your dream, it symbolizes death. Your further relative or acquaintance might pass away. You will want to respect the tradition, so someone from your family, in accordance with their obligations, will attend the funeral.

To dream about multiple wounded people
When you see a few wounded people in your dream, it means that you will make someone sad. You don’t show off your emotions, and you believe that many things go without saying. Your loved ones have a completely different opinion about that, and they wonder if they have done something wrong or what they should do to deserve your love.

To dream of other people bandaging the wounded
A dream wherein you see someone else bandage the wounded means that someone’s mental strength will amaze you. You might witness a few misfortunate events in your friend’s life and think that you would have had a mental breakdown if you were in their situation, while that person is pretty stable. You will realize that you can learn a lot from that person, which is why you will respect them even more.

To dream of the wounded person dying in your arms
If you dream that a wounded person died in your arms, it implies that someone else will solve your problem. You have probably been fighting with it for a long time, but you haven’t managed to find the proper solution or a way out. However, your family member, partner, or one of your friends will help you finally get to a point where you can relax and rest. You will be very grateful for it.

To dream about crying over the wounded
Crying over the wounded in a dream means that you don’t deal well with stressful situations. You panic when something unexpected happens and can’t see the problem that you have to deal with objectively. What’s worse, you are not capable of listening to what people around you are telling you but think about the worst possible outcomes of those events. You have to change for the sake of your mental health.

To dream that other people are crying over the wounded
When you see someone else cry over the wounded in a dream, it means that your loved one will only hold you back from solving a specific problem. That person will not know how to react, and they will create tension, so you will have to ask them to step back while you figure out what you have to do to solve that crisis.

To dream of other people praying for the wounded
A dream wherein you see someone else pray for the wounded means that you will take it on yourself to solve one family or business problem. You will realize that others don’t have the will, patience, or courage to deal with it. You will not take credit for the good results because you will be happy to take that burden off your back.

To dream of transferring the wounded
Transferring the wounded on the stretcher in a dream means that you will face injustice. Someone might make career progress faster than you, or that person will solve the problem that they need help from other people or institutions for more easily than you. You will not be able to do anything about it because you know your actions would only put you in an uncomfortable situation.

To dream of other people transferring the wounded
If you see someone else transfer the wounded in your dream, it implies that you will avoid solving a problem that you don’t like. Your boss will probably order you to finish one project that you will pass on to your colleague. That person will not have an easy job dealing with it either, but that will not be your problem anymore.

To dream about transporting the wounded
Transporting the wounded in a dream means that you need not lie to yourself that other people have smaller or less significant problems than you because everyone’s worry is the biggest to them. Your egoism doesn’t let you be compassionate toward the people who are unhappier than you. You have to make an effort to get over yourself at least once in your life.

To dream of other people transporting the wounded
If you see someone else transport the wounded in your dream, it means that a lack of empathy that your loved one will show toward you will disappoint you. You have compassion for everyone who is sick, poor, or unhappy whether you know them or not. However, your friend or partner doesn’t have sympathy for others, which could be the reason for the end of your relationship in the future.

To dream of taking the wounded as hostages
When you dream of taking the wounded as hostages, it means that you will try to reach your goal with the help of manipulation. You don’t want to invest a lot of effort or time into it, which is why you are choosing the easier way, even though it is not just and moral to achieve what you want like that. If you believe your conscience will not be restless because of it, you can continue with the actualization of your idea.

To dream of freeing the wounded hostages
Setting the wounded hostages free in a dream means that your loved ones could put you in an uncomfortable situation. Two people that you equally love and respect might argue in front of you and ask you to be the judge on who is right. It would be best to let them know that you don’t want to be a part of that conflict so that you don’t end up with a dirty end of the stick in the end.

To dream of other people counting the wounded
When you see someone else count the wounded in your dream, it means that you will regret saying something. You might have offended your partner or family member in the heat of the moment and soon realized that you have made a mistake. You will have to work hard to get that person’s forgiveness, but you have to know that they will have a hard time forgetting what you said.

To dream of reporting about the wounded
Reporting about the wounded in a battle, confrontation, explosion, etc., in a dream means that you will be the focus of many people’s attention because of one project. That especially applies to people who have public service jobs. Your decisions will probably cause suspicion and skepticism, and you will have to prove that they are right and well-intentioned.

To dream about a wounded animal
A dream wherein you see a wounded animal means that you need not look away when problems are threatening to become too big. You have to stop shoving them under the rug in hopes that time will deal with them. Time is not your ally but an enemy in this case.

To dream about other people putting down a wounded animal
This dream means that you will question your loved one’s decisions or actions. You haven’t had doubts when it comes to that person so far, but you will have to wonder if you should think a bit better about the rightness of their recent actions.

The meanings of dreams can be a lot more trivial. If you have recently seen or bandaged the wounded or you wounded someone, it has left a strong impression on you.

Definition of the wounded

A wounded person is someone who suffers from minor or major injuries.