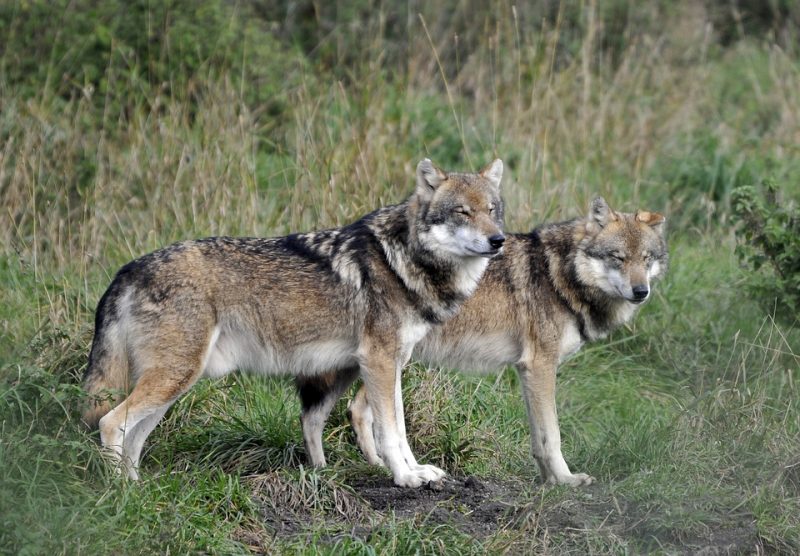 Wolves were a commoner motif in dreams a few hundred years ago than they are today. The main reasons for that are people’s departure from nature and their drastically decreased contact with these wild animals.

It is very rare for modern men to hear wolves howling today, let alone to have an encounter with them, except in zoos.

Dreaming of wolves is more specific for people who live in remote places where they have a higher possibility of encountering them. If you have seen a wolf, a pack of wolves or you have heard of them howling recently then this dream shouldn’t be interpreted.

Dreaming of seeing a wolf

If you see a wolf in a dream that symbolizes anger. It is possible that you have resentment toward a loved one and no matter how hard you try you are not able to forgive them.

You are constantly reminding them of mistakes that they have made which makes you wonder if your relationship, marriage, or friendship has a future.

To see a pack of wolves in a dream

A pack of wolves symbolizes unrestrained anger in a dream. It is possible that you will have a nervous breakdown or that you will snap at someone and be furious.

If wolves are howling in a dream that warns you of upcoming misfortunes. You will probably feel lost so you will want to do something stupid. You will have to make important decisions, but you will not know what you want so you will miss chances that rarely appear. Dreaming of being chased by wolves

When you are dreaming of being chased by wolves it means that someone wants to harm you.

It is possible that a person with authority, like a professor or a boss, dislikes you. They will not miss a chance to talk about you badly and they will try to complicate your life. You will seriously think of leaving because the situation will be getting worse each day.

Dreaming of chasing wolves means that you like to take risks. It is possible that you will invest your time or money in a project but the end result will be uncertain. Everyone will try to reason with you but you won’t listen to them and you will do what seems right to you.

To dream of other people chasing a wolf

If you see someone else chase a wolf in your dream, it suggests that someone’s decision or action will surprise you. You will wonder what is going on in that person’s head that you have believed you know well.

You need not judge them if you have never been in a similar situation.

If you overpower wolves in a dream it means that you will win in the end. You will probably show your enemies that you are not a naive opponent and that they should watch out for you.

It is possible that you look harmless at the first glance, but the saying ‘Still waters run deep’ describes you the best.

Dreaming of being a wolf

This dream suggests that you will solve a problem without trouble. You will be ruthless.

Dreaming of a wolf in a cage

If you see a wolf in a cage, you are holding anger. You are dealing with stress quietly and keeping your problems to yourself. Try finding stress relief because of your health and future.

Meaning of wolves in different colors

Black wolf in a dream

You are angry with your friends or acquaintances because they don’t act the way you want them to.

White wolf in a dream

You are angry with your friends or close family members because they don’t act the way you want them to.

Red wolf in a dream

This dream symbolizes financial problems, debt, and loans. You need to act rationally when it comes to money.

Dreaming of being bitten by a wolf

If you are bitten in a dream by a wolf in a dream that symbolizes an upcoming illness. It can be insignificant as the flu but it can also be more serious. It is not defined.

To dream of howling with wolves

Howling with wolves in a dream means that you have entered a favorable phase of your life. You are successful at everything you do, which affects your confidence and mood positively. You have to take advantage of that period the best you can. For starters, you can start solving the problems that you have been pushing under the rug for a long time.

To dream of other people howling with wolves

When you hear other people howl with wolves in a dream, it symbolizes danger. The dream suggests that you need not trust people who often flatter you. Some of them could try to take advantage of your trust to achieve their interests.

To dream about fighting with wolves

Fighting in a dream with wolves in a dream symbolizes great strength and courage. You are probably going through a turbulent period but manage to stay above the water.

You were not even aware of how much you could survive until you ended up in that situation. You have to appreciate yourself more because of it.

To dream of other people fighting with wolves

A dream wherein you see someone else fight with wolves means that someone’s persistence and strength will amaze you. You will realize that your problems are nothing compared to theirs and that the person in question appreciates life a lot more than you.

To dream of other people hunting a wolf

When you see someone else hunt a wolf in your dream, it means that you will argue with a loved one because they have done something you believe is bad or too risky.

You have to be careful during that argument so that you don’t say something you might regret.

Petting a wolf in a dream

You are playing with fire. It is possible that you are hiding a problem under a rug instead of dealing with it. That type of behavior could cause some unwanted consequences in the future.

To dream about other people petting a wolf

This dream suggests that you are angry because your loved ones don’t show the initiative to fix your disturbed relationship. You can’t make that person think like you, but you can distance yourself from them if their behavior bothers you.

To dream of having a wolf as a pet

If you dream of having a wolf as a pet, it means that you are lonely. People who have been single for a long time know that feeling well.

However, if you are married or in a relationship, you need not feel that way. In that case, the dream suggests that it is time for an honest conversation with your loved one.

To dream of feeding a wolf

Feeding a wolf in a dream means that you are getting closer to someone whose intentions are not familiar to you.

As long as you don’t get the answers to the questions that bother you, you need not tell them about your secrets, fears, and plans because the person in question could take advantage of your trust.

To dream of other people feeding a wolf

A dream wherein you see someone else feed a wolf means that you don’t like someone who has recently become a part of your life or the life of your family member or friend. Something about them seems suspicious to you, but you will make an effort to keep it to yourself until you figure out what is the problem.

Seeing a wounded or injured wolf in a dream

When you see an injured or wounded wolf in a dream, it means that the person you have seen as strong or even arrogant will show their other side.

You will realize that someone who possesses a lot of love and affection for others is underneath that rough exterior. That finding will amaze and scare you at the same time.

To dream of helping a wounded wolf

Helping a wounded wolf in a dream means that your kindness and tolerance will be put to the test. You have probably helped someone numerous times before, but instead of showing gratitude, that person has asked for more of your time, energy, or even money.

You will wish to distance yourself from them, but you know that something like that would be a defeat for your beliefs, which is why you will continue helping that person.

To dream of killing a wolf

Killing a wolf in a dream means that you will discover a conspiracy and stop someone from harming you. You probably have competition in your personal or professional life, and you know that the person in question can hurt you.

You will not wait for their first move because of it but do whatever you can to protect yourself.

To dream of a dead wolf

A dream wherein you see a dead wolf means that you will solve a problem that has stressed you out for a long time and threatened even the people you love.

You will reach the solution with a thorough analysis of the situation and the possible consequences. Your wise decision and action will bring you the victory you have longed for.

The meaning of a dream can be simpler. If you have seen or chased wolves recently that definitely has made an impact on you.

Definition of a wolf

Wolves are mammals from the family of Canidae.