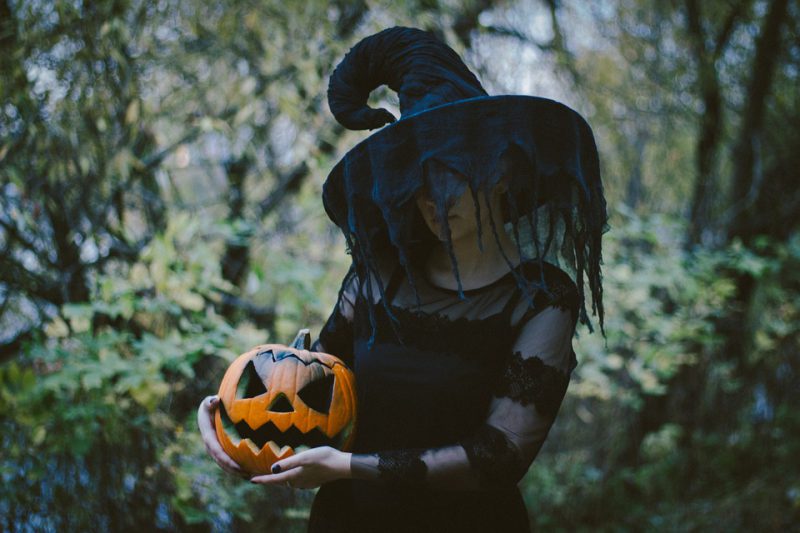 To dream of a witch
If you see a witch in a dream, it means that you will be happy. You might go through one situation at work, in school, or in another place much smoother than you have expected. You will realize that you don’t always have to lean on other people’s opinions because their experiences and perceptions differ from yours.

To dream of being a witch
If you are a witch in your dream, it means that you will resolve some conflicts alone. You have probably been too harsh to some people to let them know they have to respect you. You will set boundaries from the get-go that many people will not like.

To dream of multiple witches
If you see more than one witch in your dream, it symbolizes luck and gain.

To dream of a witch chasing you
To dream of one or more witches chasing you doesn’t have a positive meaning. Such dreams usually suggest that someone or something is smothering you because you might be under the strong influence of one person from your surroundings. That can be your mother, partner, or boss. You try to please the person in question, but it often seems like you have failed their expectations. It is hard to live under such pressure, and you have to find a way to get rid of it.

To dream of a witch hunt
When you dream of participating in a witch hunt, it means that you believe someone is sabotaging you. You have become paranoid because of that situation, which is why you see danger where there is no any. You have to make peace with the idea that the whole world is not against you and that some people’s actions are not related to you and your life.

However, if you witness a witch hunt in a dream without participating, it means that you will argue with someone who doesn’t share your opinions. You will not want to go against your beliefs, while the other side will not have sympathy and be ready to compromise. You might end all communication with that person after the conflict, at least temporarily.

To dream about hiding from a witch
Hiding from a witch in a dream means that you will choose the right way to solve one problem. You might be in a dilemma, but you will not regret your decisions if you continue to make them after a thorough analysis of possible consequences.

To dream of arguing with a witch
Arguing with a witch in a dream means that you have underestimated your rival. You might have competition in your business or personal life but haven’t taken it seriously. While you act as if you don’t care, the person in question is working on a serious conspiracy against you that could ruin your reputation.

To dream of fighting with a witch
Fighting with a witch in a dream means that you will stand up to someone that other people can’t say anything to. One person from your surroundings has been seen as an authority figure, which is why no one questions their attitudes and decisions. However, you will realize that they have made a mistake and openly say it. You have to prepare yourself for harsh reactions because a hurt ego will speak for that person.

To dream of a witch hurting you
When you dream of a witch hurting or wounding you, it means that one of your plans will fail. You might have thought about going on vacation to a destination that has always fascinated you for a long time. However, objective circumstances will stop you from putting your plan into action. You need not despair because a new opportunity will come even before you think.

To dream about hugging a witch
Hugging a witch in a dream means that you will finally give a chance to someone or something. You have let prejudices stop you from introducing new and interesting people into your life and enriching it with more experiences. That will change soon, and you will never regret deciding to make the first move.

To dream of kissing a witch
Kissing a witch in a dream symbolizes a secret. You might like someone unavailable to you for some reason, which is why you haven’t admitted it. You console yourself with a thought that your love for that person will pass, even though daily life makes you see them often. There is a chance that the person in question has feelings for you, too.

If you are married or in a relationship and dream of making love to a witch, it means that you are not satisfied with your sex life but haven’t admitted it to your partner yet.

When a married man dreams of marrying a witch, it means that he resents his partner for something but hasn’t admitted it yet.

To dream about dancing with a witch
Dancing with a witch in a dream means that you are bored. You have fallen into a rut, and every day is the same for you. You fantasize about excitement but continue to spend every free moment on the couch in front of the TV. It is time to move, go for a walk with friends, ride a bike, or jog. Your excuses about not having time for such activities haven’t fooled anyone.

To dream of a witch foretelling you fortune
If you dream of a witch foretelling your fortune, it means that you are insecure. You suffer from a lack of confidence, which affects all segments of your life negatively. You believe that you don’t have luck in love but have never done anything about it. The same goes for your job. If you want to make progress, you have to work on yourself and get rid of deeply rooted complexes. Only then will everything change for the better.

To dream of a witch laughing
If you dream of a witch laughing, it means that you will hear bad news related to your family member, partner, or one of your friends. That person might not achieve something they have fantasized about for a long time. Another interpretation of such a dream is that someone gossips about you. You have probably attracted the attention of malicious people and become their main conversation topic.

To dream about a witch crying
This dream means that you will exceed your expectations. You are doing something at the moment that takes away a lot of your energy and time. However, you will see that every drop of spilled sweat and the invested second has paid off when results come. It is necessary to stay patient and persistent until then and not give up on what you have started.

To dream of a pregnant witch
A dream wherein you see a pregnant witch symbolizes unannounced guests. People you haven’t seen in a while might come to your door. You will be happy to welcome them, but it will bother you that they didn’t have the courtesy to let you know that they are coming. Your upbringing will not let you openly say it, but those people will still realize that they have made a mistake.

To dream of a dead witch
A dead witch in a dream symbolizes victory. You have enough knowledge, energy, and patience to overcome all obstacles and challenges that get thrown your way. You don’t need much time to solve your problems, and you can always ask for advice, suggestion, or help from people you trust.

The meanings of dreams can be a lot more trivial. If you have recently seen a witch on TV, it has left an impression on you.

Definition of a witch

According to mythology, a witch is someone who does witchcraft, has powers, and flies on a broom.