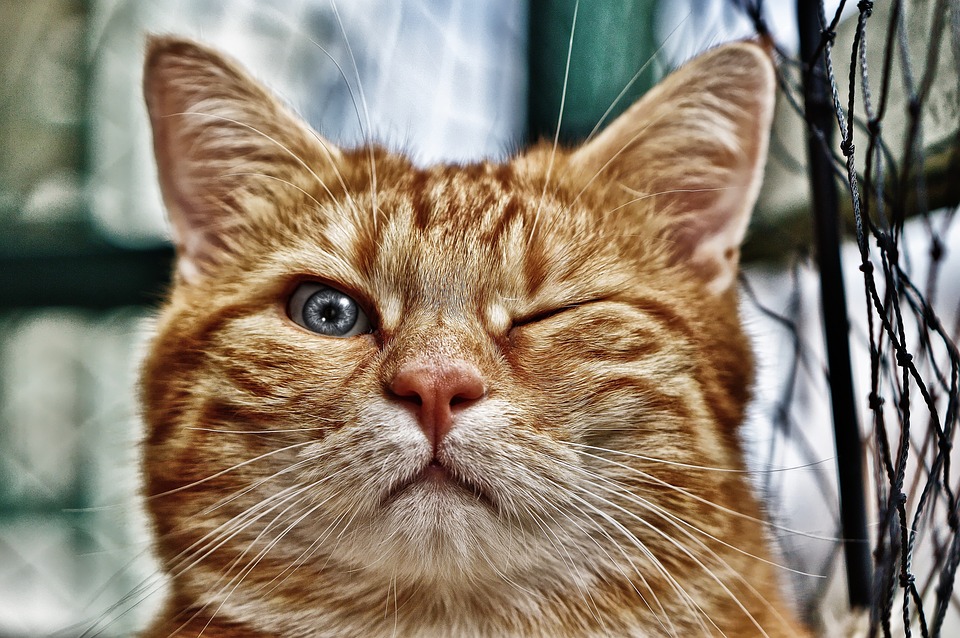 Men and women have such dreams equally often. To better understand the exact meaning of the dream, try to remember the context in which it occurred and the details that followed it. The interpretations can differ depending on who winked at you or who you winked at.

To dream of winking at someone
If you are winking at someone in a dream, it means that you will gladden someone. There is a chance that you will pretend to forget an important date or a wish your loved one told you about, and when they least expect it, you will pleasantly surprise them with a gift. You always try to remember everything related to the people you love and enjoy making them happy.

Another meaning of the dream is that you will lie to someone. You are a person who believes that the end result justifies the means, which is why you often use tricks to get what you want. You don’t think you are doing something malicious because you look at business, and life in general, as an arena ruled by the strongest where everything is allowed.

To dream of someone winking at you
When you dream of someone winking at you, it means that you will have a wooer. Someone has been interested in you for a while, but they are not doing anything about it. You have a feeling that that person really likes you over the phone, but you will not know what to think when you see them in person because of their unapproachableness and an entirely different way of communication.

To dream about winking at a partner
Winking at a partner in a dream means that you share a secret. We are talking about something you don’t want to reveal to other people. You probably believe that now is not the right moment for it or that people around you shouldn’t know about such things. It is natural for couples to refuse to share some things with others, so make sure to talk about the matter with your friends and family only.

To dream of your partner winking at you
If you dream of your partner winking at you, it means that one piece of information will gladden you. There is a chance that you haven’t heard the good news for a while, and the surprise will be even greater. This dream can suggest that younger men will become fathers soon, while it symbolizes new and beautiful changes in life for younger women.

To dream of winking to an ex
When you dream of winking to an ex-partner, it means that you would like that person to know how much your life is better since you are not together. You have probably gone through a transformation, changed a job, or found a soulmate, and you would like to shave it in their face. Such a move doesn’t make a lot of sense if you don’t care about your ex anymore, as you often claim.

To dream about an ex winking at you
This dream means that you will be in a dilemma. There is a chance that someone will offer you a job that has more benefits than the one you currently do. However, the fear of getting out of your comfort zone is stopping you because you are afraid that you are not ready for such a job. Think well about what you want and what is best for you. You can also ask for advice from someone you trust.

To dream of winking at a friend
Winking at a friend in a dream means that you gossiped about them. You probably didn’t like some of their actions and decisions, which is why you commented on them with your partner or someone else. If you honestly believe that you are their honest friend, you should have a conversation with them and state your opinion openly. You will not help your friend by gossiping about them.

To dream of a friend winking at you
If you dream of a friend winking at you, it means that they will tell you a big secret. We are talking about something they haven’t told anyone about. You will swear that you will not betray them and that you will take that information to the grave. Another possibility is that they will ask you for advice regarding a delicate problem, and you won’t know what to say.

To dream of winking at a colleague
If you dream of winking at a colleague from work or school, it means that you see that person as competition. You are continuously competing with them and trying to see who is better and more successful. There is a chance that your colleague is not even aware of it because they don’t want to meddle in other people’s business. If such a way of thinking is affecting your motivation positively, continue on with that tactic. However, we have to warn you that it really is not the best when it comes to your mental health.

To dream of a colleague winking at you
When you dream of a colleague winking at you, it means that you have a secret admirer. Someone from your surroundings has certain feelings for you for a while, but they are afraid of showing them. You might already be in a relationship, or you seem uninterested or unapproachable. If you start paying attention, you will soon realize who that person is. It is up to you to decide whether you will do anything about it or not.

To dream of winking at your boss
Winking at your boss in a dream can have two meanings. The first one is that the compliments you are getting from your boss suit you. There is a chance that you don’t mind when they praise your effort and work. The second meaning of such a dream is that you are thinking about changing your job. You might want to quit because you believe that you can’t make progress in the company you work for at the moment.

To dream of a boss winking at you
A dream in which you see a boss winking at you means that you are too dedicated to your job. You are thinking about it even on your days off. Your phone is always at the reach of your hand because you are sure that your boss or colleagues will contact you regarding something. You come to work first and leave the last, and you have very little time for the people you love.

To dream of winking at a professor
Winking at a professor in a dream means that you want to get out of trouble with charm. You have made a mistake, and now you believe that your professor will forgive you if you ask nicely. You could have counted on something like that until now, but everyone will expect you to justify the exceptions you enjoyed before, and you will not be able to count on new ones until you do that.

To dream about a professor winking at you
This dream symbolizes paranoia. You believe that you are not passing exams or getting good grades because your professor doesn’t like you for some reason. You might be partially right, but that can’t be the only excuse for not being one of the best students. You have to have proof that your professor is not objective before you accuse that person of something so big.

To dream of winking at a child
If you dream of winking at a child, it means that you are not a naïve person. You evaluate people very well but don’t make conclusions about them based on assumptions. Instead, you take advantage of the experience you have. People believe that you are a skeptic, while that is not true. You are only realistic, aware of yourself and your abilities, and you don’t let others impose their opinions, ideas, and attitudes on you.

To dream about winking at a priest
This unusual dream means that you are unique regarding many things, and you are proud of it. You don’t conform to society but adjust society to you and your needs. You don’t do anything to make people like you or want to change for them. The people you love are the exception to that rule because you would do everything for them.

To dream of winking at an old man
Winking at an old man in a dream means that you will have an adventure. You might want to get out of the boring rut you have fallen into and finally do something interesting. You might travel to the country that has always fascinated you, or you will try something that amazes you. You will remember those moments for the rest of your life.

The meanings of dreams can be a lot more trivial. If you have recently winked at someone or someone winked at you, it has left an impression on you.

Winking is a signal of subjective nature that can have something to do with sharing a secret, joking, or flirting.