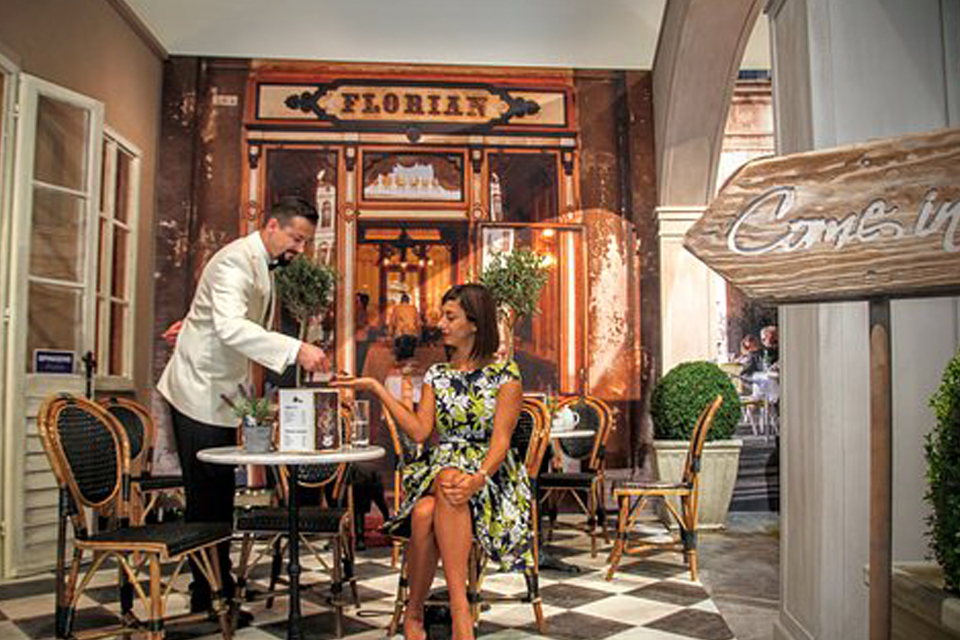 To dream of a waiter
If you see a waiter in a dream, that symbolizes unnecessary expenses. You are someone used to being resourceful, and you are extremely successful in finding ways to make ends meet. Even though you don’t have high earnings, you are always dressed stylish and have an active social life that helps you forget about debts and a bad financial situation.

To dream of a waiter serving you
Dreaming of a waiter serving you means that you are not thinking logically. You probably have too big expectations from your family members from who you expect to take care of you still, even though you are a grownup. You depend on them emotionally and financially, so instead of giving them back for everything that they have given you, you are mad when they resent you for being spoiled and irresponsible.

To be a waiter
When you are dreaming of being a waiter, it means that you will have an argument with someone. Your parents will probably not support you in your intent to find a job while going to college or do something else until you get a job in your field. They will claim that you will neglect your obligations or accept an offer that you don’t even need a degree for as soon as you find out what it is like to earn money yourself.

To complain to a waiter
If you are dreaming of talking about your sad life story to a waiter, it means that you are either lonely or disappointed in some people close to you. You probably lack the support and attention of people you love, so you have confided in a stranger in your dream. Considering that they say that it is easier to reveal a secret to a stranger than a friend, it is no surprise that you have decided to confide into a waiter.

To argue with a waiter
Arguing with a waiter in a dream means that injustice will hurt you. Someone will probably accuse you of something that you didn’t do. You will try everything you know to prove that you are innocent, but that will not work. They will still believe that you are guilty, so they will not want to listen to you. Give them some time for their emotions to calm down, and they will soon reach out to you to ask you for forgiveness.

To see others arguing with a waiter
If you see someone else arguing with a waiter, it means that you will witness a heated conversation between two people that you have just recently met. Your presence will not stop them from stating some nasty accusations against one another. What’s more, they will want you to get involved and decide who is right. Of course, you will refuse to participate in that, openly saying that you don’t want to be a mediator in their discussion.

To fight a waiter
Fighting with a waiter in a dream means that you have let negative emotions to lead you, and you have offended a loved one. Other things have provoked your behavior, but you snaped on those you love the most. If this is not a lesson to control your outbursts of negative emotions better, then nothing else will teach you that.

To see others fighting a waiter
If you see someone else fighting with a waiter in a dream, it means that you will end up in trouble, even though you didn’t do anything wrong. You might have been defending your opinion, which some people didn’t like. Instead of accepting that you disagree and making peace with it, they will try to persuade you to change your attitude. Considering that you are not someone who changes their beliefs easily, you will probably enter a heated argument in the end.

To run away from a waiter
Running away from a waiter in a dream means that you want to achieve your goals without investing a lot of effort. You use shortcuts gladly, while you make up for the hard work with your ability to handle any situation you end up in. You belong to those people who can cheat on a test or exam easily, and you are not ashamed to admit that. On the other hand, don’t be a hypocrite and advise young people to study and work hard to be successful.

To chase a waiter
Dreaming of chasing a waiter means that you will do something stupid because of someone else. Your emotions might lead you, or you will want to prove yourself to them. Anyhow, you will not seem skillful but ridiculous. Accept that as a part of life and learn something from it.

To dream of a waiter spilling a drink
When you are dreaming of a waiter spilling your drink, it means that you will become the victim of someone’s rage or frustration. You will probably argue with someone in public who seems like they have a hard time doing their job. However, you think that that is what they are paying them for, so you will stand up for yourself based on such facts. You can’t even imagine what nasty words will come out of their mouth after that.

To dream of a waiter spitting in your coffee
This dream is related to your perception of yourself. If you often wonder what other people think of you, it means that you are insecure. If you are constantly searching for confirmations proving that you have done something well, you probably lack self-confidence. You are missing many opportunities to be happy because of it.

To kiss a waiter
When a woman dreams of kissing a waiter, it means that she will try to use her charm to get what she wants. If a man dreams of kissing a waiter, it means that some news about a person he knows for a long time will shock or surprise him. However, you should take gossips with a grain of salt since they often don’t have anything to do with the truth. Don’t spread such information further, because you could end up in their position sooner or later.

Meanings of dreams can be simpler. If you are a waiter, or you have recently seen one, that has made an impression on you.

Definition of a waiter

Waitering is a profession that involves serving guests with food and drinks in catering facilities like restaurants and cafes.