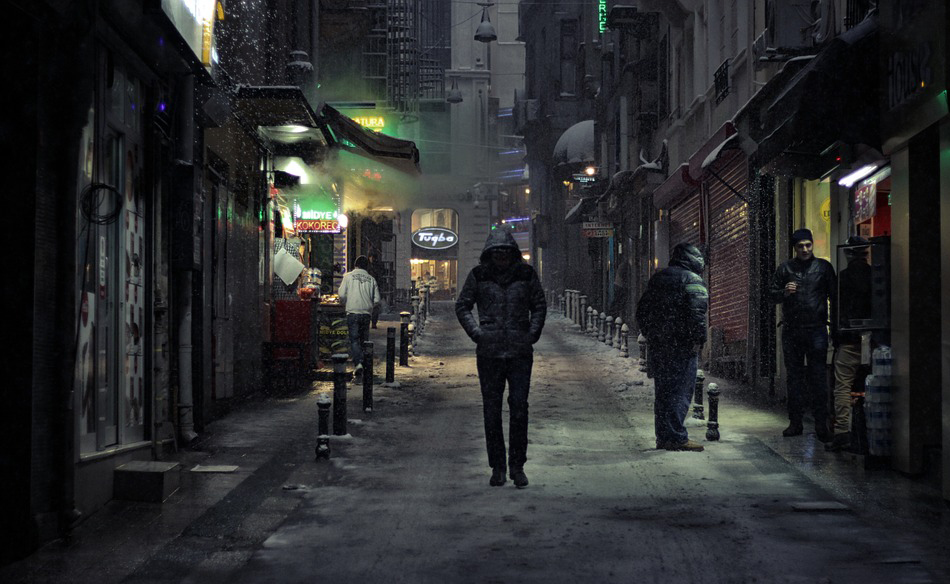 To dream of unfamiliar people in your home
When you see strangers in your home, that can have two meanings. The first and a lot more common one is that you will throw a party for your friends and family members. Another one is that you are afraid of the influence one person has on one of your loved ones. There is a chance that you don’t trust that person and wouldn’t want them to become a part of your lives.

To dream of visiting unfamiliar people
People that have recently gone through a big change often have these dreams. You have probably changed your workplace, and now you are surrounded by strangers, or you go to college where you meet new people daily. If you have recently moved from a small town into a big one, there is a chance that you have transferred that impression to a dream or that you still don’t feel comfortable there, which is why you are afraid of the changes that are happening to you.

To dream of unfamiliar people surrounding you in public
If you are dreaming of a bunch of strangers at a stadium, concert, or a similar place, you shouldn’t interpret such dreams. There is a chance that you have transferred a feeling from the real world into a dream or that you are thinking about going to sports or cultural events. Another possibility is that you have experienced something similar in reality and have transferred that experience into a dream.

To dream about eating with strangers
If you are dreaming about having breakfast, lunch, or dinner with unfamiliar people, that can also have multiple meanings. If you have felt good and accepted in that situation, it means that a beautiful period is expecting you. You will be lucky and successful when it comes to both your love and business life. However, if you have been uncomfortable, or that situation has stressed you out, it means that you will argue with a loved one. There is a chance that you will have an uncomfortable conversation with a loved one or your parents.

To dream of sleeping with unfamiliar people
When you are dreaming of lying or sleeping with strangers, it means that a new hobby will occupy your attention. There is a chance that you didn’t even know that you possess that talent, which is why enjoying something you are good at will fulfill you. Another possibility is a lot simpler. If, for example, you are reading a book that interests you, you will wish to finish your obligations as soon as possible to be able to get back to it.

To dream of arguing with unfamiliar people
If you are dreaming of arguing with unfamiliar people, it means that you often get out of arguments as a winner. Your speaking skills, as well as a gift to state your opinions using facts, will get highlighted. That especially applies to the business side of your life where you have had minor problems until now.

To dream about strangers arguing
A dream in which you see unfamiliar people arguing means that you should avoid gossiping or spreading half-truths. You know that unchecked or false information can cause chaos in someone’s life, so don’t participate in that but act the way you want other people to act toward you.

To dream of unfamiliar people attacking you
When you are dreaming of strangers attacking you, it means that you will hear some lies about yourself. There is a chance that someone will misinterpret your actions or decisions, which is why you will end up on the pillory. The worst you can do in that situation is to constantly try to deny those rumors. Let them die down on their own not to cause a countereffect.

To dream about strangers fighting
When you see two or more strangers fighting in a dream, it means that you will avoid danger, thanks to your inborn cautiousness. You are someone who analyzes everything a lot and doesn’t trust people. Your friends often tell you to relax, but your gut will be right this time, thanks to which you will not end up in trouble.

To dream of hiding from unfamiliar people
If you are dreaming of hiding from unfamiliar people, it means that you will have to face unexpected obstacles and challenges soon. You thought that you have managed to overcome every obstacle on your way to achieving success, but the future will bring some new situations that you will have to deal with on the go. However, there is no reason to worry because you will manage to fight that.

To dream of strangers’ dead bodies
Even though this dream is uncomfortable, it has a positive meaning. It often suggests that you shouldn’t miss out on opportunities that you are being offered because you could regret it. You know how to spot a good opportunity, but you reject it out of fear. You should do things differently this time and say yes to the possibilities that are before you.

To dream of burying unfamiliar people
Attending a stranger’s funeral in a dream means that that you will solve a problem that is currently bothering you more easily than you could have imagined. You have been avoiding to face that for a long time because you were afraid. However, you will overcome that obstacle in a quick and easy way.

To dream about ghosts of strangers
If you see ghosts of strangers in a dream, it means that you will find out that a celebrity died. We are talking about someone you admired as a kid or someone who is famous worldwide. Even though you didn’t know that person, you will have a hard time accepting their death.