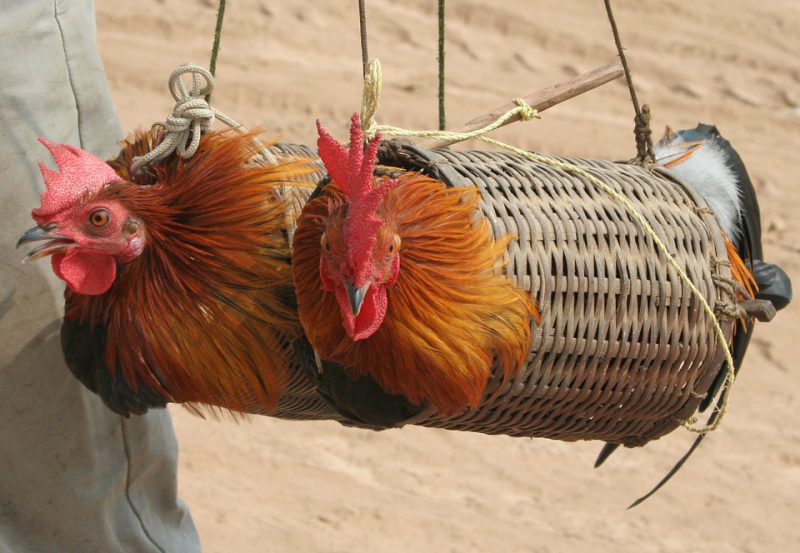 To dream of a trap
If you see a trap in a dream, it means that you have enemies. Someone is probably hardly waiting for you to make a mistake, which you can’t let yourself do. You are under pressure all the time, and you question everything you say or do. You are thinking about backup options because you don’t know how much longer you will be able to put up with it.

To dream of other people falling into a trap
When you dream of someone else falling into a trap, it means that you will look like a coward. You might stay silent about something, and other people will have to face the consequences because of it. Your conscience will be reckless, but a fear of punishment and other harmful acts will stop you from doing the right thing.

To dream of an animal trap
When you see an animal trap in a dream, it symbolizes a good deed. You make an effort to help everyone instead of those who have done something for you only. You don’t expect anything in return because you believe it will get back to you in another way.

To dream about setting an animal trap
Setting an animal trap in a dream suggests that you will be in a situation that asks for quick and determined but pretty radical moves. You will wonder whether to make a risky move or try to find another solution. Unfortunately, nothing will be able to solve that issue but a swift cut.

To dream of other people setting an animal trap
A dream wherein you see someone else set an animal trap means that your loved one will do something that will shock you. That person’s determination to solve a problem might surprise you. You will be worried and amazed at the same time by their energy and mental strength that you didn’t even know that person had.

To dream about setting a bird trap
Setting a bird trap in a dream means that you will distance yourself from the people that ruin your mood. Some of your friends like to complain about everything happening in their life. They transfer their negative energy to you, so you will decide to put a stop to it. You will not regret such a decision.

To dream of other people setting a bird trap
When you see someone else set a bird trap in a dream, it means that your family member or friend will not listen to your advice or suggestion. That person will probably decide to make a risky move, and you will not be able to stop them. You have to let your loved ones learn from their mistakes, and you need not take responsibility for the negative consequences on yourself.

To dream of setting a bug trap
Setting a bug trap in a dream means that you are too dedicated to the little things that bother you, which is why you don’t have time for the big ones. You continuously waste time on such things while shoving actual problems under the rug. It is time to face them courageously and determinately.

To dream of other people setting an insect trap
A dream wherein you see someone else set a bug trap suggests that someone’s behavior will confuse you. Your friend or one of your acquaintances might do something you would have never expected from them. No matter how much you claim you know someone, there is always something that can prove you wrong.

To dream of avoiding a trap
If you dream of managing to avoid falling into a trap, it implies that wise decisions and actions will take you to your goal. You might have to risk it from time to time, but you will not end up in trouble if you are aware of the possible negative consequences. Luckily, you enjoy the great support of your family members and friends, which is crucial during a crisis.

To dream about managing to get out of a trap successfully
This dream symbolizes a victory. You might have believed you were in a hopeless situation because some of your plans have failed, but life gives you chances when you least expect them, which is why you have to open your eyes so that you don’t miss a lifetime opportunity.

To dream of getting someone out of a trap
Getting someone out of a trap in a dream suggests that you will work on someone else’s mistakes. Your boss might order you to finish a project that your colleague ruined. You will have to work hard, but good results will follow. Another possibility is that one of your family members or friends will do something stupid, and you will try to correct it.

To dream of buying a trap
Dreaming of buying a trap for animals, birds, or insects means that you easily recognize when someone is trying to manipulate you or persuade you to do something for them. You let your friends and close people do it because you would have given them a hand anyway, but when it comes to business associates, colleagues, or partners, you can smell manipulation from a mile away, and you punish it mercilessly.

To dream of selling traps
Selling traps in a dream means that you need not meddle in other people’s lives, even if we are talking about your loved ones. The fact that you are trying to impose your opinions, decisions, ideas, and attitudes on them is wrong, and it could backfire on you. You have to give advice when someone asks for it only.

To dream of someone stealing your trap
When you dream of someone stealing your trap for animals, birds, or insects, it means that you have to watch out for sabotage. One person from your surroundings envies you for something or wants to achieve their interests through you. If you start paying attention, you will soon realize who that is and be able to stop them from actualizing their plan.

The meanings of dreams can be a lot more trivial. If you have recently seen or fallen into a trap, it has left a strong impression on you.

Definition of a trap

A trap is a device used for catching the game.