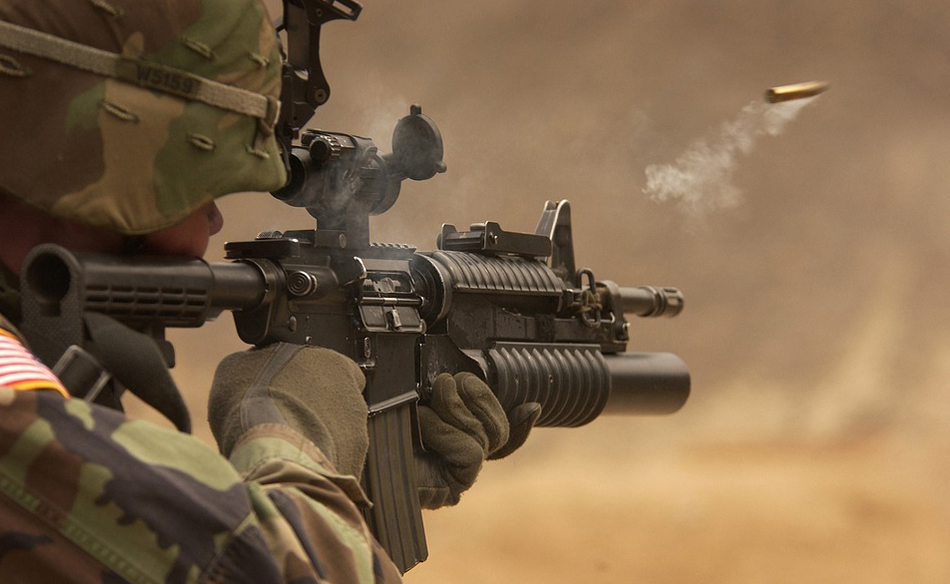 To shoot something in a dream
If you are shooting something in a dream, it means that your wishes will come true. You are always trying to listen to your needs carefully and do the things that make you happy but make your life comfortable as well. You are an objective person who doesn’t deceive themselves with empty promises but counts on themselves alone, which will enable you to turn many plans into actions.

To shoot something
When you are dreaming of shooting something, it means that you won’t get the praise that you deserve. You are an introverted person, by nature, who doesn’t fit in their workplace at which everyone believes that goals justify the means. You like to keep to yourself and do yours but often other people’s work as well, even though you are not trying to get a deserved reward or even praise.

To shoot ghosts with something
Dreaming of shooting ghosts with something means that you are unnecessarily burdening yourself with the past. You can’t understand that it is time to finally forgive yourself and continue living in the present and fighting for the future. Acting like that will only make you stop enjoying beautiful moments with people who care about you and who want to bring back the smile and carefreeness that characterized you once.

To aim at a target with a gun
If you are dreaming of shooting a target, it means that you are ready to make sacrifices to achieve your goal. Your loved ones will often think that you are too stubborn and persistent, but you believe that that is your way to achieve success. You clearly know what you want, and you don’t have a hard time giving up on some pleasures because of it. In the long run, your efforts will pay off sooner or later. However, don’t miss opportunities to enjoy life sometimes.

To dream of others aiming at a target with a gun
If you see someone else shooting a target with a gun, that is a warning to watch out for jealous people. Someone will try to jeopardize you out of pure malice not to have some benefits from it. Be careful who you are confiding in or letting into your life. There are people out there whose intentions are not completely honest.

To shoot clay pigeons with a shotgun
When you are dreaming of shooting clay pigeons with a shotgun, it means that you will take your frustrations on an innocent person. Your colleagues or bosses will probably offend or make you mad, and you will take it on your family members or friends. The victim will be someone who deserves it the least. There is no single reasonable excuse for acting like that, so you will have to make sure to get them to accept your apology.

To dream of someone else shooting clay pigeons
This dream symbolizes failure at work. You will probably take over a responsible chore that will require a lot of effort and sacrifices, but its results won’t be satisfying. If you believe that every workday is like that for you, it is time to change a job.

To throw a rock at someone
Dreaming of throwing a rock at someone symbolizes the wrong impression that you have got from someone. You have probably recently met someone about whom you don’t have the best opinion. Many gossips that you have heard about them are the reason for such behavior. However, you will get the chance to see that they are not the way you have perceived them. You will again realize that you shouldn’t judge a book by its covers and that you often forget that the same applies to people until you get to know them.

To dream of someone throwing a rock at you
If you are dreaming of someone throwing a rock at you, it means that people don’t understand you. You have special views on life, so your opinions, attitudes, and beliefs are a lot different from those of the people you know. You are pretty lonely with your ideas sometimes, but the important thing is to believe that there is someone out there who shares your views on many things. If you continue to be patient, you will find a soulmate for sure.

To throw a knife at someone
Dreaming of throwing a knife at someone symbolizes repressed anger. You are dissatisfied with some things in your life, but you are not doing anything to change that. If you really want to, there is no reason not to achieve it. You only lack courage and motivation since you have a desire for a change. Stop missing opportunities to be happy.

To dream of someone throwing a knife at you
When someone is throwing a knife at you in a dream, it means that your consciousness is restless. You have probably offended someone you care about by saying or doing something, or you have lied to your loved one. A restless consciousness can be related to past actions that you are ashamed of now. It is not late to fix things.

To shoot an apple with a bow and arrow
This dream symbolizes joyful moments. You have probably been afraid of something for a long time, and you have lost hope of that feeling ever going away. However, the following period will be truly beautiful, and you will experience many positive things during it. Waiting has paid off since you will finally experience how beautiful life can be when it is not filled with fears and doubts.

To dream of others shooting an apple with an arrow
A dream in which you see other people shooting an apple with a bow and arrow symbolizes romance. You have a person who would do a lot for you by your side. However, that doesn’t have to be related to your current partner. They can be a secret admirer who is often fantasizing about being with you. If you start paying attention, you will probably realize who that person is. It is up to you to decide whether you want to do something about it or not.

To play darts
Dreaming of playing darts means that you are looking for shortcuts to achieve success. Your goal is to work as little as possible and earn as much as you can, so you will look for ways to try and achieve it. If you continue using the skills you have properly, the success will follow. You are a resourceful person by nature, and you know how to act around people. These traits can help you get what you want.

If someone else is playing darts in your dream, you will probably have to face criticism. The superior or boss of the company you work for won’t have an understanding of the mistakes you are making at work, so they will tell you about it. Instead of taking it as positive criticism, you will perceive their words as an insult. Start acting like a professional if you want to achieve something in the business world.

Meanings of dreams can be simpler. If you have been shooting something recently, that has made an impression on you.

Shooting is aiming at someone or something with a gun, shotgun, or some other weapons.