Meaning of Suicide in a Dream

Home » S » Meaning of Suicide in a Dream 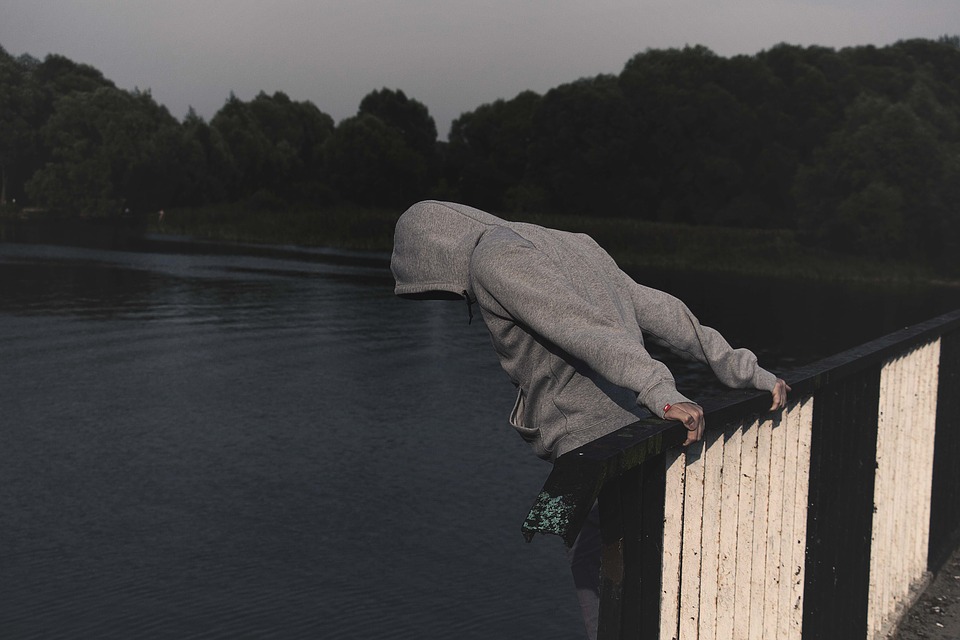 To dream of watching someone you know committing suicide
If someone you know commits suicide in your dream while you are watching, it means that you will be late. You might not tell someone how you feel or what you think about them, which you will regret later. You will wonder whether that would have changed anything or not, but you know that you would feel better because you wouldn’t feel guilty or question if you got misunderstood.

To dream about watching a stranger committing suicide
If you see a stranger commit suicide in your dream, it symbolizes a misunderstanding. You can always find solutions to other people’s problems and believe that many people from your surroundings are spoiled and only want to attract attention. You also see them as ungrateful people who have never felt real pain and suffering.

To dream of stopping suicide
If you dream of preventing someone from committing suicide, it means that you will make someone owe you. You might do your loved one a favor, for which that person will be grateful to you forever. Even though you will not ask for anything in return, that person will start showering you with gifts and attention that will suit you.

To dream of giving up on suicide
When you dream of changing your mind regarding committing suicide, it means that you will be in a better mood. You might find new hobbies that will make you look forward to your free time and respect it more. You believe that people learn and develop their whole lives, which is why you like working on yourself.

Dreams with this and similar motifs get considered as nightmares. Their interpretations depend on the context in which a dream occurs and the details that follow it. Feelings of fear, worry, panic, and shock usually paint dreams about suicide.

To dream about a family member committing suicide
When you dream about one of your family members committing suicide, it means that you are worried about that person. They might go through a financial, emotional, or some other kind of crisis, and you don’t know what to do to help. You need not neglect the importance of love and support you give to that person because they are crucial at the moment.

To dream of your partner committing suicide
If you dream of your partner committing suicide, it means that you are afraid that your relationship or marriage doesn’t have a bright future. That person might have recently admitted that they have doubts, which was hard on you. You know that a lack of trust ultimately leads to the end of your relationship and that you have to try hard to restore your partner’s trust.

To dream about your colleague committing suicide
This dream symbolizes problems at work. You probably know that the situation in the company you work for is bad and that many of your colleagues will get laid off. Another possibility is that a bad atmosphere is present in your work environment, which affects you, as well.

To dream of an acquaintance committing suicide
When you dream of someone you know but don’t hang out with much commits suicide, it means that you live in a bubble and that anything happening around you doesn’t concern you. You make an effort to worry about your, not other people’s, problems. However, people describe some of your actions as a lack of empathy because those you know could have a big problem, but you don’t want to help, even though you have the opportunity to do so.

To dream of someone persuading you to commit suicide
If a stranger persuades you to commit suicide in a dream, it means that you are gullible. People easily convince you of the rightness of their attitudes and actions. You believe everything they say if they present it in a good way. You will have to change if you don’t want to get in trouble because of such behavior.

Dreaming of someone you know persuading you to commit suicide doesn’t have a positive meaning, unfortunately. Such dreams suggest that you have a selfish person by your side, and you often suffer because of that person’s egoism.

To dream of someone talking you out of committing suicide
When you dream of someone talking you out of committing suicide, it means that you believe that no one understands you. You might have lost the support of your loved ones because of something you said or did, and now you feel like you are alone in this world. However, things could be much more trivial. If you showed more sympathy for other people, they would do the same to you. Because of it, you have to stop presenting yourself as the victim and start fighting for a better future and more quality relationships with your loved ones.

To dream about talking someone out of committing suicide
Talking someone out of committing suicide in a dream means that you will do a demanding job in real life. Your boss will probably decide to test your knowledge, skills, and the way you cope with stressful situations. If you care about that job, you have to make an effort to justify that person’s trust. However, if all of that is too much for you, you need not hesitate to quit and start searching for another job.

To dream of thinking about suicide
Thinking about suicide in a dream symbolizes insecurity or confusion because of the situation you are in at the moment. You might be facing various challenges, and you are not sure how to treat the problems that bother you. You might get the answers to some questions from the people dear to you that you trust, so you need not be afraid to ask them for advice.

To dream of threatening suicide to someone
If you dream of threatening that you will kill yourself, it means that you desperately want attention. Some relationships in your environment have probably changed, your family members have partners, and your friends don’t dedicate all their time to you. All of those situations are natural life courses, and you need not feel lonely. You have to have sympathy for others and look for a way to cheer yourself up.

To dream of someone threatening suicide
A dream wherein someone threatens to kill themselves means that people often overwhelm you with their problems. We are not talking about your partner, family members, and friends only but people you encounter at work or public transport. You let them pass negativity onto you, which exhausts you and makes you feel anxious. You mustn’t take their stories to heart but dedicate your time to something you enjoy.

To dream of investigating a suicide case
Investigating a suicide case in a dream means that you are a suspicious and cautious person. You don’t let people persuade you into something easily. You rather check some things alone than let someone tell you what and how you should do. Such distrust is good in the business world, but it reflects on your relationships with loved ones, friends, and a partner.

To dream about watching a suicide case on TV
When you dream about watching a movie or show in which someone commits suicide, it means that you have to change your habits. Nothing interesting can happen to you if you spend every night in front of the TV. Instead, you should go for a walk, run, to the movies, or go out with friends. It is time to get out of the dull rut you have consciously fallen into.

The meanings of dreams can be a lot more trivial. If you have recently seen or stopped a suicide attempt, it has left a strong impression on you.

Suicide is an auto-destructive act where one person takes their own life.