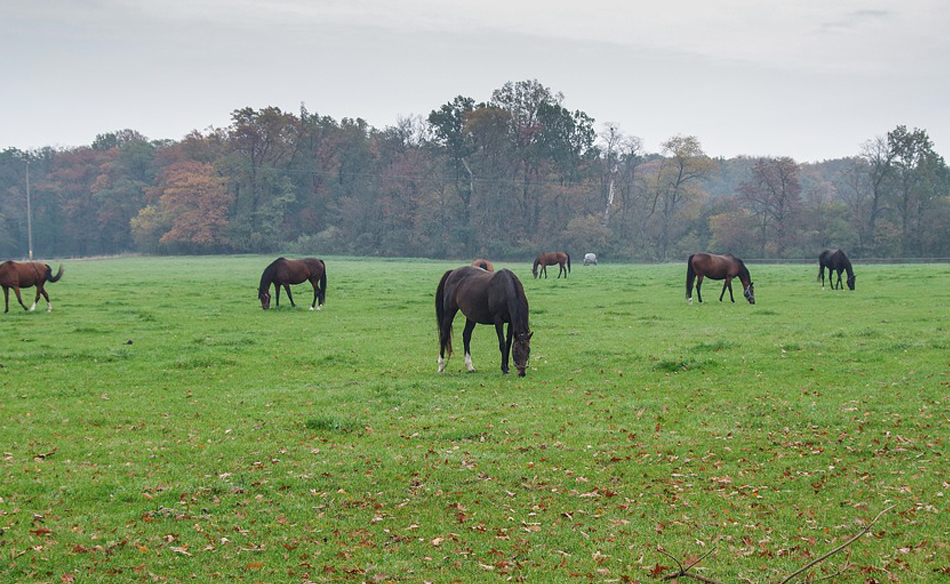 To dream of a stud farm
If you see a stud farm in a dream, it means that you will stop worrying. The following period will be favorable, and you will have a chance to relax and enjoy deserved rest. You might travel somewhere far away and learn something about destinations that will amaze you. Birds tweeting will wake you up every morning, while the beauty of nature will make you forget about the obligations that are waiting for you.

To have a stud farm
When you are dreaming of being the owner of a stud farm, that symbolizes satisfaction with work. Despite the fact that you do something that doesn’t bring you a lot of profit and is not promising, you radiate positive energy and give an impression of a truly happy person. As soon as you enter your shop, you dedicate your attention entirely to work, and you don’t even eat until you finish all of your obligations.

To leave a stud farm
Dreaming of leaving a stud farm means that you will make sacrifices. A difficult financial situation might make you do something that you don’t like. You will not be good at it at first, but you will realize that you need to survive somehow with time. You will be even more motivated because of family members that you want to provide with everything the best you can.

To destroy a stud farm
A dream in which you are destroying a stud farm means that you will not keep a promise that you have given to yourself. You have probably promised yourself that you will never do one thing, but objective circumstances will make you do the opposite. Only then will you realize the meaning of a saying – Never say never.

To see others destroying a stud farm
If you see someone else destroying a stud farm, it means that your partner or close friend will disappoint you. They might forget to congratulate you on one of the most important dates in your life, or they will not show up on a pre-arranged date. You will not have either the will or strength to listen to their reasons for such behavior, but you will call them excuses. You are probably right, but you should show that you understand if you want to keep that person in your life.

To see a deserted stud farm
If you see a deserted stud farm in a dream, it means that you miss someone who you were close to in the past. That could be your partner or friend who moved to another city or state or who you have distanced from for no reason. You often remember the moments you spent together, and you want to call them, but you change your mind quickly since you believe that after all of this time, such a move doesn’t make sense. If you let other people become a part of your life, maybe one of them will manage to fill the void you feel.

To work on a stud farm
If you are dreaming of working on a stud farm, it means that you love to control every small detail of your life, but you are often not successful in it. You have a hard time accepting the fact that you are not right regarding some things and that you don’t have an influence on some people. You should relax more and enjoy life since there is a chance that you will later be sorry for letting your life pass in worries.

To clean a stud farm
When you are dreaming of cleaning a stud warm, it means that you will have to work really hard to fulfill your dreams. The success will not come overnight, but you will have to invest a lot of time and energy into the realization of your plans. However, that will make the achievement of your dreams even better, and you will be prouder of everything you have done to become who you are today.

To see others cleaning a stud farm
If you see someone else cleaning a stud farm, that is a warning not to let prejudices affect your life. You are capable of creating opinions about someone or something without any knowledge or experience when it comes to that. You have missed many chances, because of it, to have fun and meet interesting people. Don’t judge anyone before you get to know them because you wouldn’t want other people to treat you like that either.

To buy a stud farm
This dream symbolizes your need to prove yourself.  Your current job probably doesn’t require a lot of creativity and other talents you possess. You would like people to notice and value your skills, but you can’t find a way to show them. Your boss or the job you do in that company could be the ones to blame. Think about changing your job or even a profession. If you do some hobby at the moment, there might be a way to profit from it.

To sell a stud farm
A dream in which you are selling a stud farm means that you should cut down on your expenses. Your wishes and needs have been exceeding your earnings for a while now. You often buy things on credit to preserve the reputation of someone who doesn’t have a problem affording the things they want. You are probably hiding your insecurities by acting like that. Ask yourself why you want others to believe that you are rich. Once you finally get an answer to that question, you will stop being in financial crises.

To dream of someone gifting you a stud farm
If you are dreaming of someone giving you a stud farm as a gift, it means that you love luxury. You love fancy and expensive things, so when you don’t have the money to afford that, you reach for dups. Art pieces of famous artists amaze you, as well as antiques, and Oldtimers, so you can talk about them for hours. Your wish is to buy expensive vintage furniture and gilded items if you ever become rich. Many people don’t understand your passion, so you often come across judgments for your actions.

To bestow a stud farm to someone
If you are dreaming of bestowing a stud farm to someone, it means that you have a secret admirer. Someone close to you likes you, but they would never admit it. The reasons for something like that could be numerous. They might have a partner, or they don’t want to jeopardize the friendship that you currently have with a confession. You have probably noticed some signs, but you have decided to ignore them. If both of you are single and if you see some chemistry between you two, there is nothing bad in making the first step. However, if you don’t like them, don’t give them false hope.

Meanings of dreams can be simpler. If you have recently seen or visited a stud farm, that has made an impression on you.

Definition of a stud farm

A stud farm is a construction in which horses are kept and bred.