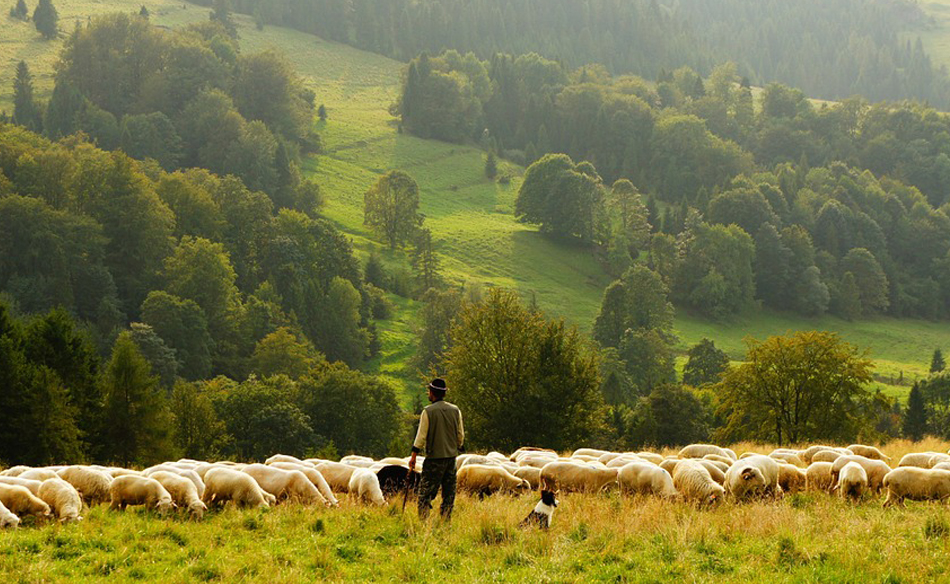 To dream of a shepherd
If you see a shepherd in a dream, that symbolizes sorrow. You will be in a truly bad mood in the following period because your partner will have to travel to another city or state. The business will be the cause of their trip, so you will start thinking about taking a language course to learn the language that is spoken there and have an easier time finding a job.

To be a shepherd
When you are dreaming of being a shepherd, that warns of the loss of honor. You may have done something in the past that you are ashamed of and don’t want to talk about. Since the painful truth will come to the surface, you will decide to go somewhere far where people don’t know you and won’t judge you for mistakes caused by immaturity and the lack of experience.

To talk to a shepherd
Dreaming of talking to a shepherd means that you love to be in company of interesting and successful people. You are trying to work on yourself all the time and take something from every situation that will be useful to you. You don’t like empty promises or gossips, and you look for inspiration in beautiful music, literature, long walks, and work outs in nature.

If someone else is talking to a shepherd in your dream, you will probably be mad at your partner, because you believe that they don’t respect your agreements. They may break a promise, and you will lose trust in them. However, if you care about that relationship or marriage, you will have to agree to compromise. Try to talk to them openly about it and give them the second chance. If they blow it again, that will be a sign that you are trying in vain to maintain a relationship that doesn’t function properly.

To argue with a shepherd
If you are dreaming of arguing with a shepherd, it means that you should stop meddling in other people’s lives. You are trying to push your attitudes, opinions, and decisions on people close to you. You are criticizing everything that is not in sync with your way of thinking which might completely distance people you love from you. You should pay a little bit more attention to your life since that would be more constructive.

A dream in which you see someone else arguing with a shepherd means that you will have an argument with your partner since they will make some decisions despite your previous agreement. They will probably decide to buy something that is too expensive in your opinion or they might spend family money on useless things. Instead of bombarding them with insults right away, try to talk to them calmly. You will not achieve anything by shouting.

To fight with a shepherd
If you are dreaming of fighting with a shepherd, your subconsciousness is warning you that you should be more disciplined to achieve your goals. You are postponing solving problems or doing obligations and only when a bunch of them piles up, you start to do them. You are often stressed out because of it since you are breaking deadlines. In order to change that, make a plan and organize the chores so that you have time to both work and enjoy during the day.

Dreaming of someone else fighting with a shepherd means that you should pay attention when choosing your business associates. If you can’t finish some business chores on your own, don’t ask for help from people dear to you but those who know what they are doing. You may not have fun while working, but the goal is to finish the job, right?

To kill a shepherd
When you are dreaming of killing a shepherd, that symbolizes sorrow because of a loss. Someone who means a lot to you will probably decide to move to another city or state. You will realize that with them leaving, you will lose the only person that actually knows you. Despite the promise that you will stay in touch and that nothing in your relationship will change, you both know the truth. You will be in contact for some time, and then everyone will continue on with their life.

If you see someone else killing a shepherd in a dream, it means that you will have to give up on a job after you realize that it doesn’t bring you either financial or moral satisfaction. You have invested time and effort into something unprofitable, so you will be frustrated. Let that be an important lesson to you and the motivation to start working on something else, as well.

To run away from a shepherd
If you are dreaming of running away from a shepherd, it means that you will finally prove to everyone that you were right when you’ve decided to follow your dreams. You have started doing something that many people didn’t take seriously. They have advised you to give up on it, because they saw it as a waste of time. However, after some time, they will realize that they were wrong. They will not admit it, but you will notice that they are sorry for not supporting you before. Don’t pay attention to that and keep on doing what you love.

When you are dreaming of a shepherd running away, it means that you will reveal some secrets. You may accidentally find out the truth regarding a loved one. You will be in a dilemma about whether to tell them or not and if yes, how to not hurt them. In the end, you will conclude that the best choice is to be honest. You will get the courage and tell them everything. They could misunderstand you at the beginning, but everything will fall into its place in the end.

To hide from a shepherd
A dream in which you are hiding from a shepherd symbolizes a restless consciousness. You have probably said or done something that hurt a loved one. Even though you know that you have made a mistake, you haven’t apologized yet. The longer you wait, the higher the chance of jeopardizing your relationship. Swallow your pride and admit that you have made a mistake.

Dreaming of other people hiding from a shepherd means that you are dissatisfied with your business and love life. There is something that you would like to change, but you don’t have enough courage or the will to do it. You are afraid that the consequences would be a lot worse than what you are going through right now.

To kiss a shepherd
Having any kind of an intimate relationship with a shepherd in a dream symbolizes your need for freedom. You may be in a toxic love relationship in which you don’t have the right on your opinion, because the other side is making all the important decisions. On the other hand, you can have the need for freedom, if your parents or other family members are trying to impose their will on you, as well.

To dream of marrying a shepherd
If a young single woman dreams of marrying a shepherd, it means that the following period will be full of uncertainty and worries for her. There is a chance that you will have financial problems. The salary you have at the moment will not be enough to pay for the everyday obligations, and you will have to find another job or a source of income.

When an already married woman dreams of a shepherd, it means that she has doubts regarding a carefree old age with her partner. You and your loved one probably don’t have the same vision of the future, which is why you often argue. You have to think about the way you want your future to look and start following your dreams.

To dream of marrying a shepherdess
If a single man dreams of marrying a shepherdess, it means that he is afraid of never finding a soulmate. You are deeply disappointed in women because all your previous partners betrayed you. Because of it, you are starting to believe that true love doesn’t exist. However, you can’t lose hope because someone will come into your life, without a doubt, and make you forget about all the negative experiences.

When a married man dreams of marrying a shepherdess, it means that he is prone to underestimating his spouse. You often minimize that person’s success, hard work, and effort, which is why you could stay alone.

To dream of stealing sheep from a shepherd
A dream wherein you steal sheep from a shepherd means that you can’t build your happiness on another people’s misery. You probably secretly hope that your colleague will get fired and that you will take over their job. Another possibility is that you are in some kind of a secret relationship with someone who already has a partner. You believe that the person in question will soon end that relationship or marriage to be with you.

If you dream of someone else stealing sheep from a shepherd, it means that you will stand up to injustice with a fire in your heart. You will have a chance to decide on someone’s destiny with a group of people. All of you will make an unfair and bad decision by voting, and you will stand up to its execution. However, the fact that you are outnumbered will stop you in your intent.

To dream of selling sheep to a shepherd
This dream symbolizes a poor investment or wrong life decisions. You will probably misjudge one situation and spend your money on something that will not satisfy your needs. Another possibility is that you will invest in something too risky, and you will feel the consequences of such a decision for a few years. A bad decision can also mean that you will quit your current job without having another one. Because of it, you have to think things through before you do something that you could regret later.

Meanings of dreams can be simpler. If you have recently seen a shepherd, that has made a strong impression on you.

Definition of a shepherd

A shepherd is a person who watches the livestock for a living.