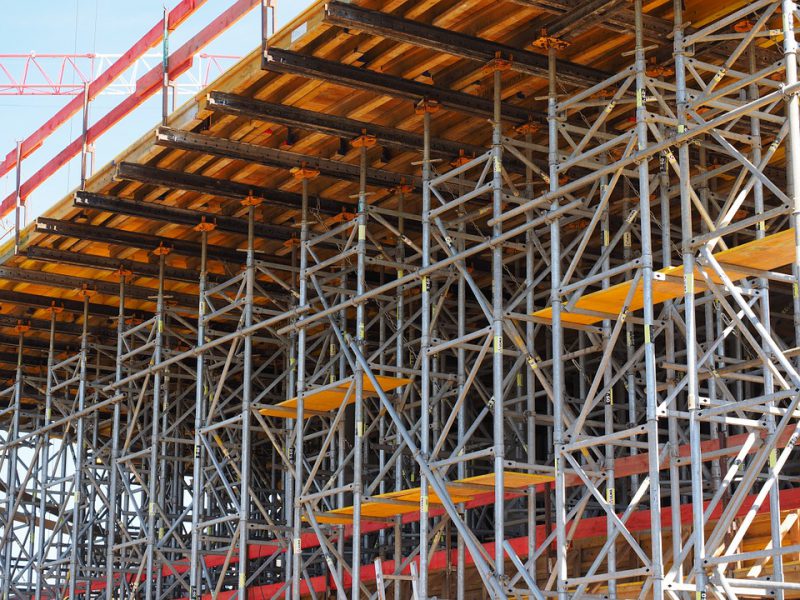 To dream of setting up the scaffold
When you dream of setting up a scaffold, it means that your effort will pay off. You might soon see the results of a project you have been working on, which will motivate you to continue doing so at the same rate. You have to know that you will not make a profit overnight and come across some obstacles on your way to success.

To dream about working on the scaffold
If you work on a scaffold in a dream, it means that you have to count on yourself. You will probably expect help from people close to you who will not have time and understanding for you. Your suggestions will seem pointless to those people, and they will not help you despite your pleas and them knowing how much that means to you.

To dream of scaffolding collapsing
If you see scaffolding collapsing in a dream, it warns of a breakup or an end of a business relationship or friendship. You probably will not have the same goals, or your views on life will differ. You will try to compromise, but you will also realize that such behavior will not take you anywhere.

To dream of selling scaffolding
Selling scaffolding in a dream means that you will give up on one project. You probably had plans to start your own business, but you will realize that your wishes and reality are not in the same line. You will also see that you need a lot more money than what you have to invest, which is why you will postpone that idea and wait for some better times.

To dream of buying scaffolds
Dreaming of buying scaffolding in a dream means that you will finally gather enough courage to actualize your idea. We are talking about something you have thought about for a long time, but some things merely didn’t fall into their place. You will also get a chance to actualize your projects, and you will not miss them.

To dream about stealing scaffolding
Stealing scaffolding in a dream symbolizes poor decisions you have recently made. You have probably realized that you have made a mistake only now, but it is still not late to change something. If you let time do its thing, that will not bring you anything good. You have to act while you can.

To dream of someone lending scaffolding to you
If you dream of someone borrowing scaffolding from you, it means that the person you are not in the best relationship with will insist on talking about the problem that bothers you. They might realize that they have made a mistake and that it is worth talking about it, but you will not be in the mood for it. You have to give them a chance if you don’t want to have a guilty conscience later.

To dream of climbing scaffolding
Climbing the scaffolding in a dream symbolizes progress that requires a lot of effort, hard work, and much luck. You will probably have to take specific risks on your way to success. You will also need a lot of courage to make certain moves besides persistence.

To dream of getting off scaffolding
Getting off scaffolding in a dream means that you could give up on one idea even before you try to actualize it. You might do that because a loved one will persuade you that it is for the best. That person will not believe in the success of your project, but the important thing is that you believe in it. You need not give up on something that can bring you great success so effortlessly.

To dream about someone pushing you off scaffolding
This dream means that you have very cunning enemies. Someone might want to take over your job or steal your partner. If you start paying attention, you will soon realize who that person is and what steps you have to take to stop them.

To dream of other people jumping from scaffolding
When you see someone else jumping from scaffolding in a dream, it means that you are worried about a loved one. One of your family members or friends has been very irresponsible with their future lately. That person might be late to work or even skips it, or they spend more than they earn. Considering that we are talking about an adult, you can only point out your loved one’s mistakes because everything else is a direct violation of their privacy.

To dream about scaffolding falling on someone else
This dream means that you need not argue with your family members or partner in public. That part of your life has to be private.

The meanings of dreams can be a lot more trivial. If you have recently seen, worked on, set up, or sold scaffolding, it has left an impression on you.

Scaffolding is a temporary subsidiary structure used during the construction or repair of buildings.