Rhino – What Does It Mean to Dream of a Rhinoceros?

Home » R » Rhino – What Does It Mean to Dream of a Rhinoceros? 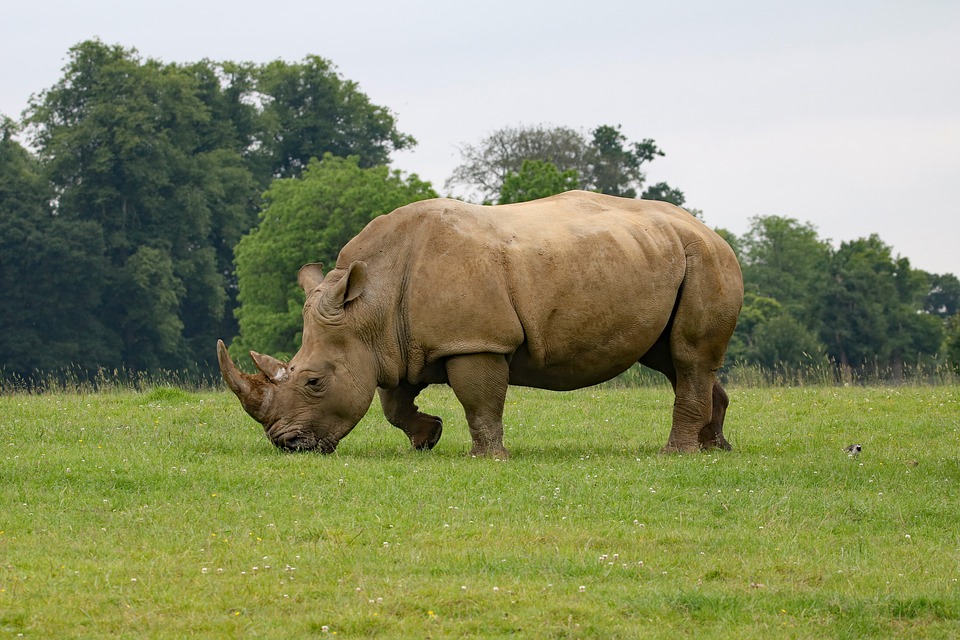 Rhinos are a pretty common motif in dreams, but kids dream of them more often than adults. In the broadest sense, it symbolizes a powerful friend. However, interpretations depend on the context in which a dream occurs, along with the details that follow it.

To dream of a rhino
If you see a rhino in a dream, it means that you have a powerful or influential friend. We are talking about someone who can help you solve some problems, thanks to their connections. Besides that, that person can protect you. However, you ought not to play with their patience because losing their trust can affect your whole life negatively.

To dream of multiple rhinos
If you see a herd of rhinos in a dream, it means that you will solve a problem you have, thanks to influential people. That usually has something to do with your job or finances. There is a chance that you will soon get a good business offer, but you have to make sure not to miss it. Only fear and laziness can stop you from making progress, so don’t sabotage yourself.

To dream of a baby rhino
A baby rhino in a dream symbolizes your need to control, rule, or dominate people around you. That is simply a part of your personality. However, others will not accept you if you take advantage of your position. If you have a leading position in a company, you have to develop a professional and fair relationship with other colleagues. Otherwise, they will sabotage you every step of the way.

To dream of a hornless rhino
A hornless rhino in a dream means that you could create even worse problems if you don’t manage to restrain negative emotions. Be careful not to say something impulsively or do something that you might regret later. If you continue to argue with everyone, you will only have more worries. Because of it, make sure to solve all conflicts calmly.

To dream about feeding a rhino
Feeding a rhino in a dream means that you will solve one problem faster and way easier than you could have imagined. We are talking about something you have been pushing under the rug for a long time because you were afraid that it might take too much of your time or ask for a lot of effort. However, once you decide to deal with it, you will see that you will be done with it faster than you thought.

To dream of other people feeding a rhino
If you see someone else feeding a rhino in a dream, it means that you will envy someone for the job they do. You will realize that you are a slave compared to that person. You work your ass off for a small paycheck and barely visible results while that person’s life is changing for the better every day. Instead of poisoning yourself with negative feelings, you should start searching for a way to become happier, more successful, and satisfied yourself.

To dream of a rhino attacking you
When you dream of making a rhino angry and the animal attacking you, it symbolizes your ability to overcome the doubts that trouble you. You will manage to fulfill your wishes by solving that problem. It is high time not to let the fear of one event, situation, or even the future stops you from achieving your goals.

To dream of running away from a rhino
Running away from a rhino in a dream means that you will face a responsible job or significant decision. You will need a lot of time and effort for it, and there is even a chance that you will often lose motivation in the process. Look at it as one more challenge in life because you will be encouraged to continue with it once you change your approach to the whole thing. The results will follow if you continue to be patient and persistent.

To dream of other people running away from a rhino
A dream in which you see someone else running away from a rhino means that the amount of irresponsibility one colleague possesses will surprise you. Not only is that person not making an effort to finish their chores, but they also don’t care about the possible consequences. You will wonder if they really believe that they have nothing to lose or someone protects them, which is why they can’t get fired.

To dream of hunting a rhino
Hunting a rhino in a dream means that you will soon meet someone who will help you solve some problems. You will make sure to get closer to that person to gain their trust because of it. Once you sense that they see you as a friend, you will ask them for help. That person’s response will probably be positive.

To dream of other people chasing a rhino
If you see someone else chasing a rhino in a dream, it means that someone will try to come closer to you to gain your trust and then ask for help. We are talking about a person who has a problem, and you can help them solve it. However, they will wait for the right moment to tell you what is bothering them.

To dream about wounding a rhino
To wound a rhino in a dream implies that you have to improve your family relationships because a big crisis expects you. You can’t agree on a lot of entirely trivial things lately. However, you have to reconcile with one another and be unity again because the following period will be rough for all of you, while you will need mutual support more than ever before.

To dream of a wounded rhino
A wounded rhino in a dream means that you have an internal struggle about which you have to talk to someone. You have been lying to yourself that staying silent will solve your problem for too long. However, if you asked for advice from someone, you would get a fresh perspective on things and come to a solution way easier.

To dream of a sick rhino
A sick rhino in a dream symbolizes hidden feelings. You might like someone you shouldn’t, or you want to hide your hatred for someone because of peace in the family. Anyhow, that has been haunting you for a while, and you will not be able to hide how you feel from your loved ones much longer.

To dream about helping a sick or wounded rhino
This dream symbolizes your need to redeem your sins. You are making an effort to do many good deeds to make it up for at least a portion of the bad ones you have done in the past. Your consciousness is probably still restless, and you often think about your past mistakes, but that will not help you now because you have chased some people away for good, thanks to your actions and missed big life chances. You have to turn to the future as soon as possible and look for a new opportunity there.

To dream of killing a rhino
Killing a rhino in a dream means that you will lose a powerful friend, that is, lose their trust and be cut out of that person’s life forever. You will disappoint them so much that they will not even let you explain why you have done or said something. Let that be a lesson to you on how not to behave in the future.

To dream of a dead rhino
A dead rhino in a dream symbolizes a change that might force you to question the rightness of your decisions. You might have lost someone you care about because of your behavior and regret your actions now. Another option is that you suddenly quit and found another job, but now you don’t know if you have made the right decision.

To get as specific meanings of a dream as possible, try to remember all the details that followed it the best you can.

To dream of a rhino in the water
If you see a rhino in the water in your dream, it means that you are prone to comparing yourself to other people and being jealous of their success. The subject of your jealousy can be anything, starting from material wealth to love and family relationships. Such a dream symbolizes primal instincts that you hide from other people, hoping that they will not notice them in your behavior.

To dream of a rhino in nature
When you see a rhino in nature, that is, its natural habitat, it means that you will fulfill your wish with other people’s help. There is a chance that you are fantasizing about a better-paid job and that you will get an opportunity to get it, thanks to influential connections your friend or one of the family members has.

To dream about fostering a rhino
If you dream about having a rhino as a pet, it means that you really have big ambitions and somewhat unrealistic expectations. It is nice to have big dreams, but you get totally disappointed in yourself and other people when you can’t fulfill them. Because of it, create more realistic plans and make an effort to achieve goals one by one. That is the only way to make your dreams a reality.

The meanings of dreams can be a lot more trivial. If you have recently seen a rhino in the zoo or on TV, it has made a strong impression on you.

Definition of a rhinoceros

Rhinos (lat. Rhinocerotidae) are mammals from the order of Equidae (Perissodactyl). These are massive thick-skinned herbivores with either one or two horns on the muzzle made out of keratin.