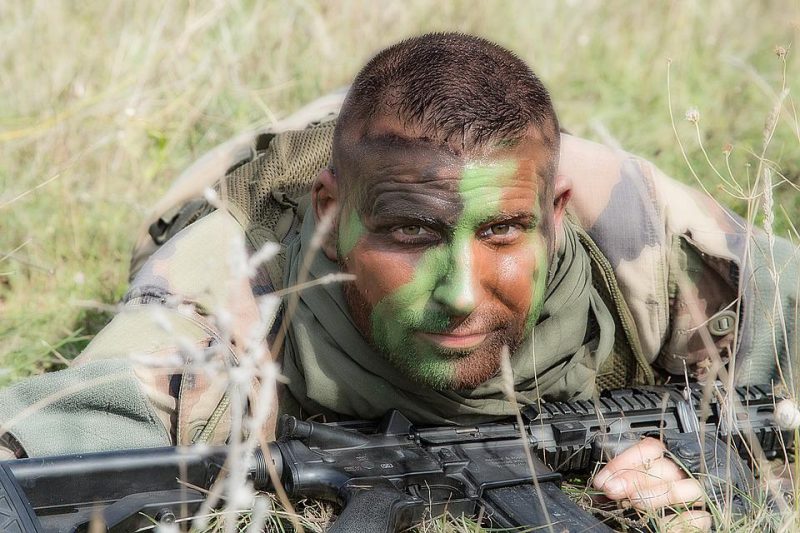 To dream of recruits
When you see recruits in a dream, it symbolizes a poorly paid job. You might be in a difficult financial situation that makes you work for a low salary. You will not be able to choose, so you will take whatever you get offered. Your effort will not get appreciated at that job, and you will slowly lose the motivation to work, so you will half-ass it to pass the time faster that moves like a snail.

To dream that you are a recruit
If you are a recruit in a dream, it symbolizes a new beginning. You will probably make an immense life change that will require you to learn some skills all over again. It will not be easy to get involved in such an uncertain venture, but you will feel better if you don’t go back to your old ways.

To dream of talking to a recruit
If you dream of talking to a recruit, it implies that you will advise someone. You might see yourself in a young person from your surroundings when you were their age and have had the same doubts and ways of thinking. You will try to share your experience with that person so that they don’t trip on the same obstacles that represented the biggest issue for you.

To dream that your loved one is a recruit
If you dream that your family member, partner, or one of your friends is a recruit, it symbolizes worries. You will soon enter a very turbulent phase in your life and feel great amounts of stress. You will have to deal with it and the upcoming challenges. It is necessary to protect your mental health as well and be very patient.

To dream of seeing off a recruit to the army
Seeing off a recruit to the army in a dream means that you will be worried about and proud of something at the same time. You might make some big decisions and be glad for finally having the courage for something like that. However, fear of uncertainty is also present, which is natural and normal when you are in such a situation.

To dream about the recruits marching
When you see the recruits marching in your dream, it means that you have to be more organized and disciplined if you want to achieve your goals. You leave obligations for later too often, and you don’t have time for rest and enjoyment when the deadlines are approaching. If you manage the time that you have properly, everything will change for the better.

To dream of the recruits practicing shooting
A dream wherein you see the recruits practice shooting means that you will achieve a goal if you stay persistent and hardworking. You can’t expect success overnight because you will get disappointed. You will have to invest time and energy into it, and the results will be better than expected.

To dream about drinking with a recruit
Drinking with a recruit in a dream means that you have to change your circle of friends. Some people in your surroundings have a negative effect on you. You were a moderate optimist before, but if you continue hanging out with specific people, you will turn into a hardcore pessimist.

To dream of kissing a recruit
Kissing a recruit in a dream means that you are bored. You have probably fallen into a rut, and every day is the same for you. Nothing significant will change if you continue to spend every free moment in front of the TV. Instead, you can go for a walk, exercise, or have drinks with friends, for starters.

To dream about arguing with a recruit
Arguing with a recruit in a dream means that you will be unfair to someone who is a big authority figure in your community. You might disagree with that person’s statement and openly say it. Vanity will probably not let them admit that you are right.

To dream of chasing a recruit
Chasing a recruit in a dream represents doubt in your loved one. Your family member or partner might have been acting strange lately, and you have the impression that they are hiding something from you. You need not accuse that person of anything if you don’t have proof of it.

To dream about punching a recruit
Punching a recruit in a dream means that some wrong decisions from the past might backfire on you soon. You might have even forgotten about it, but you will quickly realize it is time to learn a lesson.

To dream of a recruit punching you
If you dream of a recruit punching you, it implies that you will stand up to injustice. You might have a chance to decide on someone’s destiny with a group of people where an unfavorable decision will get made by voting. You will try to change that, but you will get outnumbered. You will not be able to do anything else except try to stop the decision from getting actualized.

To dream about wounding a recruit
To wound a recruit in a dream implies that you need not show your strength to those weaker than you but the ones stronger than you. The same applies to intelligence, knowledge, or success. You must not put down people less successful than you but compete with those who have achieved more than you.

To dream of killing a recruit
Killing a recruit in a dream means that vanity will beat you. Instead of helping someone at the beginning of their career, you will try to persuade that person to give up on one idea, plan, or project.

To dream about a dead recruit
A dead recruit in a dream symbolizes big expenses. If you don’t take care of your spending, there is a chance that you will go bankrupt soon. You have to reduce your desires or rationalize expenses so that you don’t face a big problem in the future.

The meanings of dreams can be a lot more trivial. If you have recently seen a recruit or were recruited, it has left an impression on you.

Definition of a recruit

A recruit is a rookie soldier that is yet to go through training.