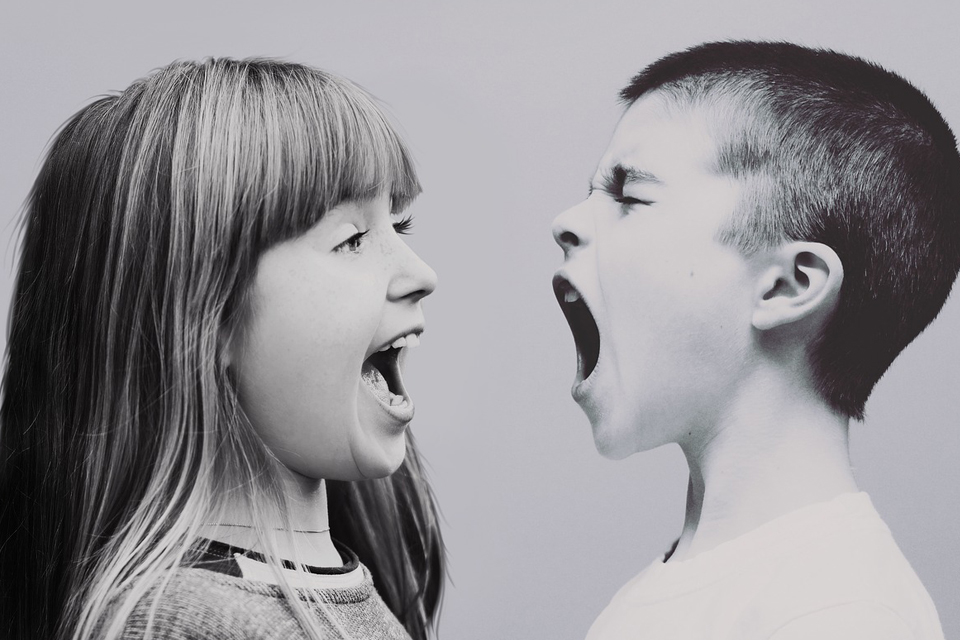 To dream of a quarrel with friends
If you are dreaming of arguing with a friend, it means that someone will hurt you a lot. That is probably a loved one since those that don’t mean a lot to you can’t hurt you. You will wonder what you have done to deserve that and try to objectively evaluate the situation to figure out when and why you have started to distance from one another.

To have a marriage quarrel
If you are dreaming of arguing with your spouse, that symbolizes family happiness. There is a chance that you and your partner often have constructive arguments that lead you to conclusions that enrich your relationship only. You get to know each other better that way, and you evaluate what and how much you can expect from one another.

To argue with someone of the opposite sex
When you are dreaming of arguing with someone of the opposite sex, it means that you will fall in love. There is a chance that you will like someone who gets on your nerves at the same time. You will talk about them constantly with an excuse that you just want to find a way to get their head out of the clouds and prove to them that they are not as important as they seem to believe.

To observe a quarrel
If you are dreaming of observing an argument, that symbolizes gossiping. You will probably comment on someone’s actions around people that don’t agree with anything that the person in question is doing. Even though your intentions will not be bad, your actions will look wrong since you wouldn’t like other people to talk about you that way either.

To argue with women
When you dream of a quarrel among women, it means that you will make a silly mistake. You will probably tell someone the truth that they will not like at all. They will start to persuade you that you are wrong, not giving up until they make sure that you have changed your opinion and started to support them.

To argue with your mother
If you are dreaming of arguing with your mother, that symbolizes family problems. You might be worried about one situation, or you don’t have the best relationship with your loved ones. All of it is affecting your mental state, so you have become anxious and depressed. However, honest conversations, readiness to compromise, and a huge amount of empathy can help you overcome those problems.

To argue with your father
A dream in which you are arguing with your father symbolizes conflicts with authorities, usually. You are probably tired of someone constantly telling you what to do and how to do it. You feel that you have been obeying other people’s wishes, needs, and ambitions for too long, so you would like to finally live the way you want. Arguments and conflicts are not the solution, no matter how much that seems like the only escape from certain situations at the moment.

To argue with your siblings
If you are dreaming of arguing with your brother or sister, it means that you resent them for something, but you don’t want to admit it. Some of their actions might have offended or hurt you, but you didn’t tell them that. You should remember that your brothers and sisters are often your best or even only true friends, so make sure to solve the problems that you have with yourself at the moment, and then tell them what is bothering you.

To argue with a child
Arguing with a child in a dream means that you doubt your parent skills, usually. You are probably wondering if you are raising your kids right and if they will become successful, happy, and healthy people. Every parent has similar dilemmas, so don’t be too harsh on yourself. If you continue to give them a lot of love and attention and let them learn from their mistakes from time to time, everything will be alright.

To argue with a stranger
Arguing with a complete stranger in a dream symbolizes doubt in your own qualities. You probably have self-confidence issues, or you believe that people don’t appreciate you enough because of the qualities you possess and the actions you do. Anyhow, the first step is to talk about it with yourself. If you put all of your good and bad traits on paper, you will realize that you possess a lot more of the former.

To argue with your boss
If you are dreaming of arguing with your boss, it means that you will get a raise or a one-time stimulation for the effort you have invested. You have been working so much lately that you didn’t have time to be with your friends and family. However, you believe that you need to sacrifice yourself to have a better future. Money can’t make up for the beautiful moments with your loved ones, for sure, but it can help you solve some big problems.

To argue in a foreign language
When you are dreaming of arguing with someone in a foreign language, it means that you have a problem articulating your feelings. It sometimes seems to you that no one understands you, but you are actually not even trying to express your true emotions to people. You are a closed-off person by nature, and you always try to look strong and reliable, but even you have some bad moments. However, those moments are actually the situations in which you have to confide in someone. You can’t expect understanding if you are not doing anything to help yourself, either.

To argue in a sign language
A dream in which you are arguing with someone in a sign language means that you are sorry for hurting a loved one. You have probably impulsively said something that you don’t mean, and now you are sorry and want to fix it. You often think about it, and you would like to turn back time to do things differently. However, you are only torturing yourself by thinking like that. It is time to show that you are honestly sorry and ready to change since that is the only way for your loved one to forgive you.

Interpretations of these dreams can depend on other details that follow them, as well. So, for example, if you dream of someone arguing over food, that is a warning to watch out for your health. The lack of physical activity can affect your metabolism negatively, especially if you are eating too much unhealthy food or have some vices. If you are dreaming of arguing over money with someone, it means that you have let material things become more important to you than spiritual.

To dream of quarreling with someone over the phone
This dream symbolizes a lack of courage. You probably couldn’t stand up to someone who you believe is in the wrong. That can be one of your loved ones like a family member or partner or someone from the business world like a colleague or superior. Anyhow, you let that person impose their opinions, ideas, and decisions on you because you don’t have the strength to state yours.

To dream of quarreling with someone on TV
Quarreling with someone in a TV show in your dream means that you have nothing to hide. You are a very honest and transparent person. You make an effort to do everything the best you can, and you don’t like lazy or sloppy people who you are not afraid of criticizing publicly. You can’t say that you have many friends because of it, but those who are with you are totally loyal to you, and you don’t have to doubt their intentions.

To dream of quarreling with in-laws
When you dream of arguing with your mother-in-law or father-in-law, it means that your relationship with a loved one could worsen. You will probably disagree on one important decision. Neither of you will be able to leave vanity aside and agree to compromise. If you care about that relationship, you need not be spiteful every time the person in question states their opinion about something.

To dream about quarreling with your wife’s parents
A dream wherein you quarrel with your wife’s parents or your in-laws means that you feel the strong need to be dominant in your family. You want people to respect your opinions and decisions. You can argue with everyone who decides to stand up to you. Such an approach will not take you anywhere, which is why you have to calm down from time to time and admit that others are right.

To dream of starting a quarrel with someone
Dream of being the one to start an argument suggests that you are dissatisfied with yourself. You probably have unfulfilled plans and wishes, which frustrates you. Instead of fighting with the whole world, you have to direct your energy to achieve your goals.

To dream of ending a quarrel
Ending a quarrel with someone in a dream means that you are a tolerant person. You have sympathy for other people and are ready to find excuses even for their poor actions or decisions. Many people don’t understand such an approach to life and see you as naïve. However, you don’t pay attention to such comments because your life wouldn’t make sense if you doubted everyone and everything surrounding you.

Dreaming of ending someone else’s quarrel means that your loved ones will put you in an uncomfortable position. Your friends might argue and ask you to say who is right. You will need diplomatic skills to state your opinion without offending or enraging anyone.

Meanings of dreams can be simpler. If you have recently seen or participated in an argument, it has made a strong impression on you.

Definition of a quarrel

A quarrel is a communication in which negative emotions and verbal or physical outbursts prevail.

One thought on “Quarrel – Dream Meaning and Interpretation”