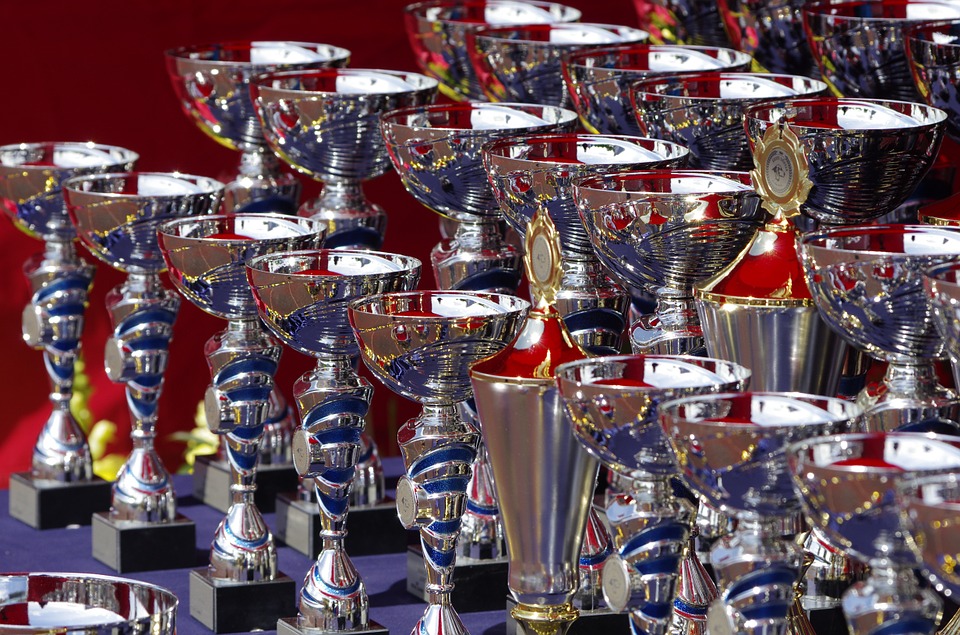 Even though a prize has a positive meaning in real life, it symbolizes jealousy and a lot of effort needed to get something in dreams.

To dream of getting a prize
If you dream of getting a prize, it means that you will have minor expenses. There is a chance that you will make a decision to do something you have always wanted. You will need to sacrifice a lot for that venture and make investments that will pay off soon. You will see that the saying – he who doesn’t risk doesn’t make a profit is true and continue to live your dreams.

To dream of giving a prize
If you dream of giving a prize, it is a warning that someone will trick you. You are probably not someone’s favorite at work, which is why that person is continuously looking for a way to hurt you. Even though you can see that something strange is happening, you will not watch out for every step you make, which your enemy will use against you and hit you where it hurts.

To dream of taking someone else’s prize
When you dream of taking someone else’s prize, it implies that you are not satisfied with yourself. You are someone who sees other people as more successful and capable than you, which is why you continuously have idols and look up to them. You are trying to stick to their advice, thinking that the same things will happen to you in life, not knowing that those people have flaws and problems like everyone else.

To dream of losing someone else’s prize
If you dream of losing a prize you had to give to someone, it means that you have been acting irresponsibly and childishly lately. You are making decisions that can have left horrible consequences on you and people close to you. It is time to start thinking like an adult instead of expecting other people to solve your problems.

To dream about someone taking your prize
This dream means that you will be the target of provocations coming from someone who envies you. That person will try to get on your nerves by minimizing your success, but you will not fall for it. You will manage to stay calm and respond with a smile to their rude comments.

To dream of your loved one receiving a prize
If you dream of someone close to you receiving a prize, it means that you believe that they deserve more than they have. That can have something to do either with that person’s private or business life. You might think that your friend is too good for their partner. Another possibility is that you believe that that person’s boss can’t recognize and reward the effort they invest in their job.

To dream of being nominated for a reward
If you dream of someone suggesting that you should get a reward, it means that you are modest. You don’t ask for more than you deserve. What’s more, you believe that pats on the back and compliments are totally unnecessary. Praise doesn’t motivate you since you only strive to be the best possible version of yourself.

To dream of nominating someone for a reward
Nominating someone for a reward in a dream means that you will stand up for someone. There is a chance that your boss will decide to fire a colleague who doesn’t deserve it, in your opinion. You will do your best to make the boss give them a second chance. Considering that your superiors respect you, you will manage to make them change their decision.

To dream of refusing to accept the prize
If you dream of refusing to accept the prize out of moral or some other reason, it means that you are someone who stands behind their opinions and beliefs. If something is proven wrong, you will not even try to present it as something good. On the other hand, when you trust a positive outcome of an idea, you make sure to put it into action, no matter what other people say. Your principles are something that people greatly respect about you.

To dream about organizing an award ceremony
When you dream about organizing an award ceremony, it means that you will do someone else’s job. You will probably work with a team of people on one project, but not every individual will show agility and enthusiasm to do it. While you will work, some colleagues will sit around, not doing anything. You will not be able to leave the job unfinished, which is why you will do even their share of the work. All of them will take credit for it in the end unless you say something.

To dream of missing an award ceremony
To miss an award ceremony in a dream implies that you are someone who doesn’t like rules and regulations and hates authority. You especially hate it when you have to take orders from someone who doesn’t have the experience, intelligence, or skills needed to be a leader. You often have conflicts with your superiors because of it. Luckily, you are a good employee, so your boss doesn’t want to fire you.

For interpretations of dreams with this motif, it is necessary to make an effort to remember the details that followed it.

To dream about receiving a prize for good business results
Receiving a prize for good business results in a dream means that you are lazy and not trying to do your job on time and right. You are not motivated because what you do doesn’t interest you since you have that job only because you have to pay the bills. If that is the case, make sure to look for another job. If you start doing something you like, you will have bigger chances of success and progress.

To dream of getting a prize for charity work
If you dream of receiving a prize for charity work, it means that you should be less selfish. You always put your needs and whims first, while you are nowhere to be found when friends and family need your help. Instead of thinking about yourself only, think about others as well because you could stay completely alone otherwise.

To dream of receiving a prize for courage
A prize for courage in a dream symbolizes cowardice in real life. You are continuously avoiding facing some problems. You have been pushing them under the rug, hoping that they will disappear on their own or that someone else will solve them. That will not happen, and you will make a change only after deciding to deal with them.

To dream of getting a sports prize or recognition
If you dream of getting whatever kind of a sports prize or recognition, it means that you should be more physically active in your daily life. It is easier to spend your nights in front of the TV than going for a walk or exercising. However, that will affect your health negatively. Your old age will be thankful to you if you decide to move your ass and do something good for yourself now.

To dream of getting a literary reward
A dream in which you receive a literary reward means that you need a lot more experience and wisdom to solve one problem. You are used to solving them as soon as they show up, but you will have to think about the solution a bit better and wait for the right moment to go into action. It wouldn’t hurt to ask for advice from someone who has already dealt with it.

To dream about receiving an acting prize
When you dream about getting a reward for acting, it means that you will not be able to hide your dark secret much longer. You have been struggling with hiding it for a while now because you are afraid of your loved ones’ reactions. You fear that you might lose some people dear to you because of it. However, you will have to tell them what is going on if you don’t want that to happen. It would be better if they found out about it from you than someone else.

To dream of getting a music reward
Receiving a music award in a dream means that you will do something in which you are not talented enough. You will probably get a task that everyone finds easy, but it will be a nightmare for you. You will struggle with it for a long time and maybe even give up on it in the end. Don’t be afraid to ask for help from a friend or colleague who has more experience with such things than you.

To dream about getting a lifetime achievement award
If you dream of receiving a lifetime achievement award, it means that you regret making some decisions and actions in the past. You often think about the missed opportunities and wonder how your life would look like if you acted differently then. There is no point in feeling regret and thinking about that much. It is time to start living in the present and thinking about the future.

The meanings of dreams can be a lot more trivial. If you have recently received or gave a prize to someone, it has made a strong impression on you.

Definition of a prize

A prize is a recognition given to people who have achieved outstanding results in a specific field.