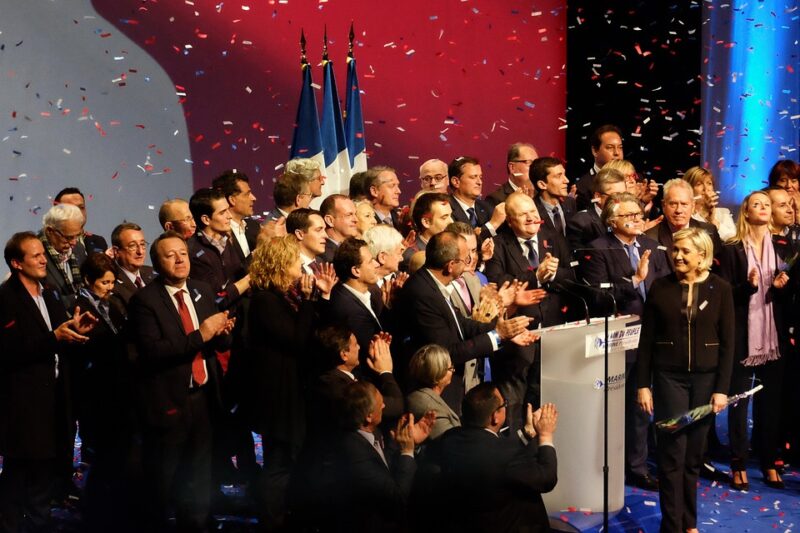 To dream of someone else being a politician
If you dream of someone else being a politician, it means that you will watch someone’s downfall. One person from your surroundings has gone on the wrong path, and you will not be able to do anything about it. You will make an effort to reason with the person in question and end up in trouble, which will discourage you and force you to give up.

To dream of supporting someone and their politics
If you dream of supporting someone and their political views, it symbolizes infatuation. You probably want to let your partner know that they can always count on you. You are afraid that they will take your criticism the wrong way, which is why you approve of everything that person does and avoid stating your opinions regarding that topic.

To dream of retiring from politics
When you dream of stopping doing politics, it means that you are tired of lies. You will probably not want to lie to yourself and others anymore, which is why you will quit your job or end a relationship you were not happy in. You will finally feel freedom and be able to move on without the burden that made you stand in place.

To dream of protesting against someone’s politics
Protesting against someone’s politics in a dream means that you can’t stand injustice, which is why you do your best to fix it. One might say that you have a hard time making peace with some things around you and often suffer because of your ideals. You could have achieved a lot more so far if you wanted to go against your principles.

To dream of getting someone involved in politics
If you dream of getting someone involved in politics by tricking or blackmailing them, it means that you are a skilled manipulator. You judge people well and have a gift to learn a lot about other people based on their non-verbal communication. You have used your talents successfully to achieve your goals and interests so far. However, you can’t say that you have many friends who trust you.

To dream of persuading someone to get involved in politics
Convincing other people to become active in politics means that you are a coward. You let other people fight your battles while you stay aside so that no one would resent you for anything. You might achieve your goals that way, but you will not have anyone to celebrate the success you have achieved with.

To dream about talking to someone about politics
Talking about politics with someone in a dream means that you will finally gather enough courage to actualize one of your ideas. We are talking about something you have been thinking about for a long time, but you haven’t had enough strength to face it. You will soon make a plan that will help you turn your dreams into reality.

To dream of other people arguing over politics
When you dream of someone else arguing over politics, it means that you will back down in one conflict. You might talk about one topic with someone who doesn’t share your opinion. You will realize that the person in question is too stubborn and that any further discussion could go in the wrong direction. You will decide to drop it and stop the escalation of a verbal conflict.

To dream about fighting because of politics
Fighting because of politics in a dream means that you are frustrated or nervous and take it out on those who have done nothing to deserve it. If you continue to act that way, there is a chance that you will chase away everyone you care about. You have to deal with your personal problems, answer your own questions that bother you, or ask for advice from someone you trust.

To dream about other people fighting because of politics
This dream means that you will end up in an uncomfortable position. Two people you have recently met might argue in front of you. They will state a series of nasty accusations at one another’s expense and even try to get you involved in the conflict. If you let them know that you don’t want to be a part of their problem at the beginning, you will avoid getting in trouble.

To dream of reading about politics
Reading about politics in a dream means that you like gaining new experiences and knowledge. You probably read a lot and get informed about the events that happen not only around you but in the world. You like to hear what various people have to say about the same topic and happily attend lectures, courses, and seminars about the things that interest you. Unfortunately, you don’t have many close friends you can discuss the things that fascinate you with.

To dream of reporting about politics
When you dream of writing about politics, it means that you want people to hear your voice. You make an effort to build a good reputation so that more people trust you. You probably hang out with influential people so that their fame would transfer on you too.

To dream about your partner being a politician
This dream means that you have started doubting that person. You have noticed that they lied to you, and you are still waiting for your loved one to tell you the truth. You have lately been wondering if other things they said were a lie because of it, as well.

The meanings of dreams can be a lot more trivial. If you have recently been a politician, it has left a strong impression on you.

Politics involves activities through which people create, preserve, and change the rules by which they live.