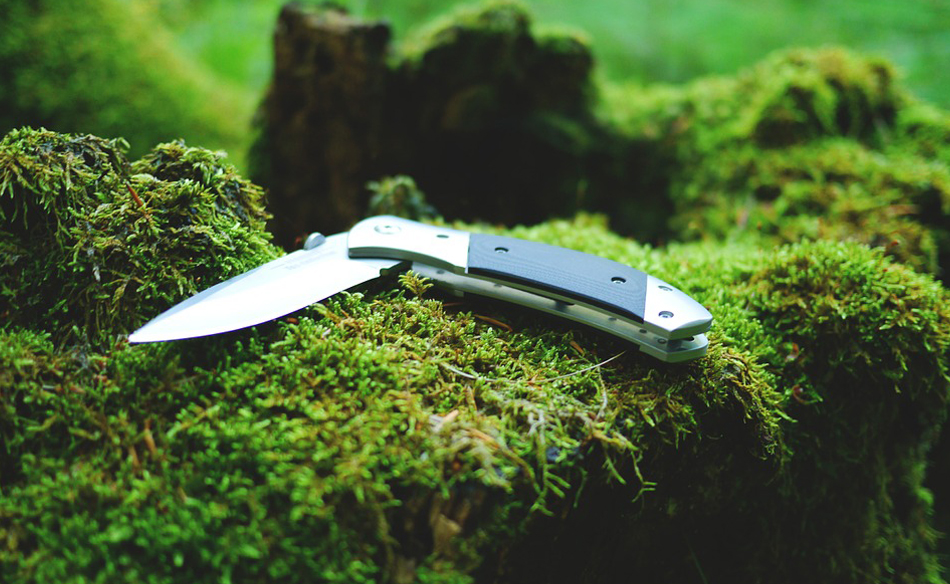 To see a pocket knife
If you see a pocket knife in a dream, that is a warning that you are in danger. You might have a conflict with someone who wants to harm you or take something that belongs to you. Since you can’t stand injustice, you will do everything to protect your interests and show that you are ready to fight for the things you have fairly earned.

To hold a pocket knife
Dreaming of holding a pocket knife means that you should watch your behavior. You react violently in many situations and doubt other people’s intentions even when you don’t have a reason for it. You are prone to conflicts and creating scandals, so your friends have to think twice before they invite you to a gathering.

To throw a pocket knife away
When you are dreaming of throwing a pocket knife away, it means that you will forgive everything to your loved one. You probably had a conflict, after which you didn’t want to see them, but you have realized, with time, that your love is worth it more than trivial things. You will have a serious conversation and decide to give your relationship a second chance after it.

To lose a pocket knife
If you are dreaming of losing a pocket knife, it means that you will be unpleasantly surprised. You might want to say everything you think to someone’s face and state your opinion of them using facts, but the situation will change when you realize that you were wrong. That person will show some traits that you haven’t seen before, so you will give up on your intent.

To find a pocket knife
If you are dreaming of finding a pocket knife, it means that you will be happy. A loved one will probably bestow you something that you have been fantasizing about for a long time, or your boss will give you a raise to reward you for the effort you are putting in the job. You will be glad since you didn’t suspect that something like that could happen. You will realize that you should appreciate more people who know you well or trust yourself and the fact that hard work and effort pay off more.

To steal a pocket knife
This dream can have multiple meanings. It often symbolizes repressed negative emotions like rage or aggression. Also, it can symbolize your readiness to face every new challenge. You are confident in your skills, and you know that you can get out of every bad situation.

To dream that someone stole your pocket knife
A dream in which someone steals your pocket knife symbolizes your disgust with the injustice of any kind. You are someone who cares about doing or sharing everything fairly. Because of it, it hurts you to see that some people achieve success without any effort. Generally speaking, the social order in which someone has an enormous wealth while others are starving is a true nightmare. Considering that you probably can’t change that, try to find a way to make peace with it.

To buy a pocket knife
Dreaming of buying a pocket knife means that you are going through a difficult phase in life. You might be too sensitive, or you can’t get over one loss. You probably still deal with the traumas from the past that don’t let you move one. You have stopped believing in a phrase – times heals wounds, but if you think about it better, there are many things in your life that you should be joyful for and that you enjoy. Let positive energy reach you instead of rejecting it with dark thoughts right away.

To sell a pocket knife
If you are dreaming of selling a pocket knife, it means that you will make peace with the fact that you can’t change a loved one but accept who they are only. You have neglected their flaws for a long time, but as time passes, they bother you more each day. You believe that they are not trying to adjust to you, while you are ignoring the fact that you act the same. It is time to accept and love them with all their virtues or flaws or look for happiness with someone else.

To receive a pocket knife as a gift
If someone gives you a pocket knife as a gift in a dream, it means that you should accept the advice that you got. Someone probably warned you about wrong decisions, but you didn’t listen to them. However, you will realize that they were right with time. It would be better to do it sooner than later. Think about it, and you will realize that you have chosen the wrong moment to be stubborn and vain.

To bestow a pocket knife to someone
When you are dreaming of bestowing a pocket knife to someone, it means that you are keeping a secret to protect a loved one. You probably found out something that could hurt someone you care about. You don’t know how to react, but you know what is right. Try to put yourself in their shoes and ask yourself if you would want that person to stay quiet the way you did.

To dream of someone that you know stabbing you with a pocket knife
This dream means that you should pay attention to one person’s behavior toward you in the real world. They might have some hidden feelings, whether they are positive or negative. You have probably noticed something, but you chose to ignore it.

Dreaming of a friend stabbing you in the back with a pocket knife means that you should watch out who you are calling a friend. Some people that are close to you don’t deserve that title.

To dream that someone killed you with a pocket knife
This dream can symbolize your intent to avoid physical conflicts at any cost. You are someone who likes to stand up to others but using words only.

Meanings of dreams can be simpler. If you have recently seen or used a pocket knife, that has made an impression on you.

Definition of a pocket knife

A pocket knife or penknife is a small knife that can be folded and carried around as a pendant.