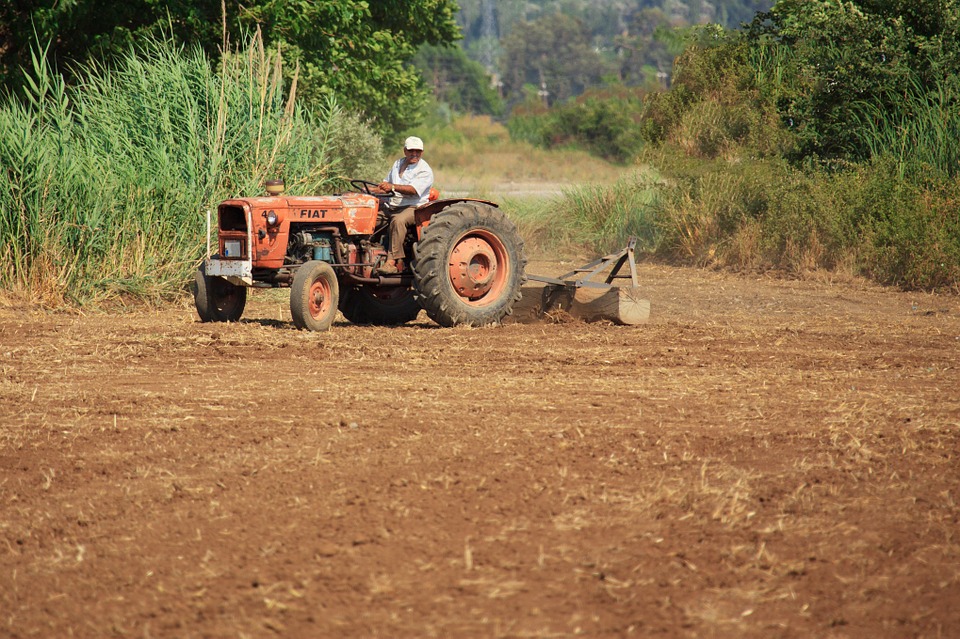 To dream of plowing
When you dream of plowing a field, it symbolizes a good outcome of everything you start. There is a chance that you will put all of your plans into action in the following period and that things will fall into their place better than you could have imagined. Persistence, effort, and hard work will pay off for you, and you will have an opportunity to choose business offers and set your conditions.

To dream of plowing someone else’s field
If you dream of plowing someone else’s field, it means that you are dissatisfied. You are probably sorry for not being resourceful and starting your business, which is why you have to work for others now. You believe that people don’t appreciate your effort enough, which is why you will make an effort to become motivated to start your own company.

To dream about others plowing
If you see someone else plowing a field in a dream, it means that you are spoiled. You are used to getting everything you want, and you can’t sympathize with people when they are tired or prefer staying home than going out. Such an attitude causes problems with the people from your surroundings, which is why you have to change something as soon as possible.

To dream of stopping plowing
If you stop plowing a field in a dream, it means that you are irresponsible. You have many plans, and you mostly start all of them, but you rarely finish anything. Such behavior will harm you because it makes you seem like someone who doesn’t know what they want and who people should avoid working with.

To dream about someone teaching you how to plow
Learning to plow in a dream means that you are a hard-working person. You don’t have a problem doing anything if the results are visible. Besides that, you are very responsible, and you make an effort to finish everything you start. Your previous employers respect you a lot because of it, but they haven’t offered you promotions often anyway.

To dream of teaching others to plow
A dream wherein you teach someone else to plow means that you will have a chance to teach someone everything you know. A young colleague might start working in your company, and you will have the role of that person’s mentor. You will be glad to see that they want to acquire all the knowledge as soon as possible to be capable of working on different tasks alone.

Interpretations of such dreams depend on the context in which they occur and the details that follow them.

To dream about plowing with a tractor
Plowing with a tractor in a dream means that you will achieve everything you want pretty easily and quickly. That can be career progress, finding a place to live, or resolving family issues. You will not have to deal with it for a long time, but you will have to sacrifice some things anyway. However, that is a small price to pay for everything you will get in the end.

To dream of other people plowing with a tractor
A dream wherein you see someone else plowing a field with a tractor means that you will envy someone for their success. One person from your surroundings has achieved everything you have fantasized about for a long time. Instead of poisoning yourself with negative emotions, it would be better if you dedicated your time to fulfilling your wishes, as well.

To dream of plowing with oxen
If you dream of plowing a field with the help of oxen, it means that you don’t like changes because they scare you. You have a hard time getting out of your comfort zone and adjusting to new situations. If you relaxed a bit more and gained self-confidence, you would achieve everything you fantasize about with less difficulty. That doesn’t mean that you have to be arrogant but show people your qualities from time to time.

To dream about others plowing with oxen
This dream means that you will not manage to persuade a loved one to change something. There is a chance that you plan on buying a property, renovating your house or apartment, or moving to another city or state. However, your family member, that is, your partner, disagrees with it. You will have a hard time achieving all of that without their consent.

To dream of plowing with the help of horses
Plowing with the help of horses in a dream symbolizes minor progress in life. You will probably make more than before, and you will be able to afford the things that were out of your reach. Another possibility is that one of your family members will get a job, which is why your house budget will be more stable. You will finally think about the future without stress.

To dream of other people plowing with a horse
If you dream of someone else plowing a field with a horse, it means that you will have a hard time persuading your interlocutor in the rightness of your attitudes. You will argue with a very stubborn person. Since you are almost the same, you will not manage to find a mutual language. If neither of you lets things go, a third party will have to get involved to stop a conflict between you.

To dream of plowing manually
If you dream of plowing with the help of tools, it means that you have chosen the path less walked to success. There is a chance that you didn’t accept the compromises or used shortcuts because you want to show to yourself and others that you can succeed your way too. It will not be easy, but you will achieve everything you fantasize about if you stay motivated and patient.

To dream of other people plowing manually
A dream wherein you see someone else manually plowing a field means that you will feel sorry for someone. You will probably learn that one family is in a bad financial and health situation, which is why you will make an effort to help as much as you can. You will give the last penny to make things at least a bit easier for them if needed.

To dream about plowing a dirt road
Plowing a dirt road in a dream means that you will do something that people from your surroundings will not like. You could get publicly scrutinized for your ideas or decisions. You might get forced to fire a colleague, which will cause a rebellion among other employees.

To dream of other people plowing a dirt road
If you see someone else plowing a dirt road in a dream, it symbolizes problems with the neighbors. Your first neighbors will probably create a lot of noise, and you will not be able to function normally. You will point that out, but they will advise you to move. Your relationship will get a lot more complex and colder after that situation, and there is a chance that you will complain to the authorities.

To dream about plowing a road
Plowing a road in a dream suggests that you are directing your persistence in the wrong direction. You waste too much energy on something that shouldn’t stress you out. You have to stop worrying about little things and turn to more constructive things in life.

To dream of other people plowing a road
When you dream of someone else plowing a road, it means that you could argue with a colleague or boss because of different approaches to the same problem. Many people might be on your side, but they will not admit it out of fear of getting fired. You will be alone in that fight.

To dream of arguing with a plowman
Arguing with a plowman in a dream means that you have to control negative emotions instead of taking them out on the people who did nothing to deserve it. Not many people can tolerate your temper, especially when your madness catches up with you. If you continue to act that way, there is a chance that you will lose many people dear to you.

To dream of fighting with a plowman
If you dream of fighting with a plowman, it means that someone wants to shut you up. You will probably step on the wrong person’s toes, and they will make sure that you never do something like that again. There is a chance that you will embarrass yourself in a large group of people after that person shows you your place.

To dream of chasing a plowman
Chasing a plowman in a dream means that you shouldn’t solve other people’s problems but yours. It is always easier to deal with someone else’s worries and push yours under the rug. However, it is time to take care of the things that could get you in trouble in the future.

To dream about a dead plowman
A dead plowman in a dream symbolizes terrible loss. There is a chance that you will give a lot of money for solving some problems. You might have to ask for a loan or borrow money from someone to take care of that.

The meanings of dreams can be a lot more trivial. If you have recently plowed your field or someone else’s, it has left an impression on you.

Plowing is the process of turning up the earth with a plow.