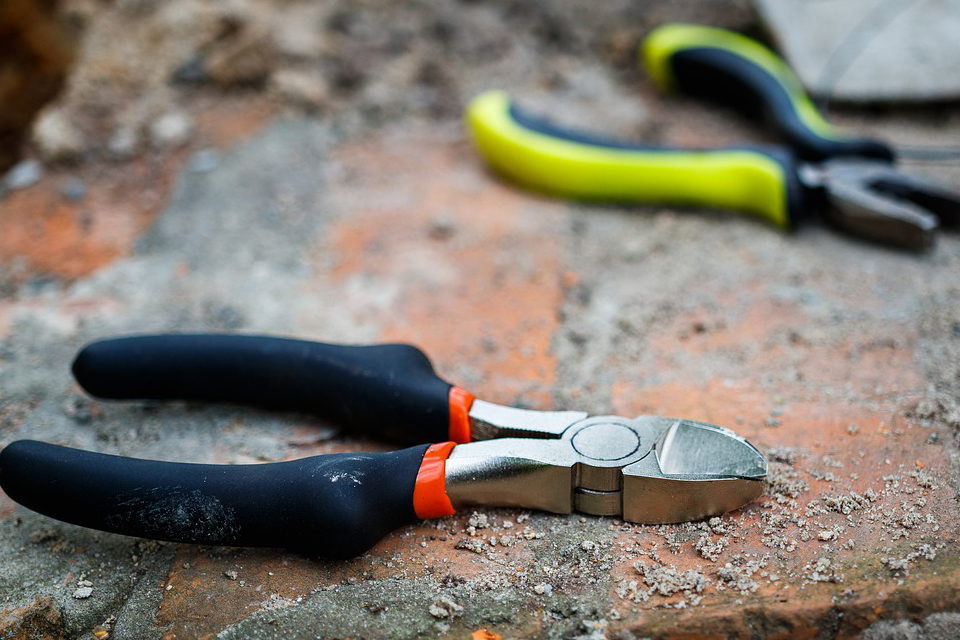 To dream of pliers
If you see pliers in a dream, it means that you are avoiding a boring company. Even though you are an extremely calm and kind person by nature, you change your behavior from its core when you are around people that you don’t like. You have the need to oppose them, especially if they are pretending to be nice but judge others for the things that they have done before as well.

To use pliers
Dreaming of using pliers means that you will do the just thing. Someone will not want to give you what is yours by the law and every other moral code. None of your attempts will be successful, which is why you will conclude that the best thing you can do is to show them who is in charge and use force since that is the only language that your opponents can understand.

To throw pliers away
When you are dreaming of throwing pliers away, it means that you will reveal a secret. One mistake that you have made before is probably haunting you even today. You will not be able to forgive yourself for something, which will lead you to make self-destructive decisions to deprive yourself of pleasure and satisfaction that you don’t deserve, in your opinion. After a while, you will feel the need to confide in someone and stop the suffering that way.

To screw something with pliers
If you are dreaming of screwing something with pliers, it means that you want to improve your relationship with someone or ensure your position at work. You might be a jealous person by nature, and you often have doubts about your partner’s fidelity, so you are always trying to keep an eye on them. Another possibility is that you are afraid that other people are more capable of doing your job than you, so you are fiercely fighting not to get replaced.

To buy pliers
A dream in which you are buying pliers suggests that you will finally face problems that you have constantly pushed under the rug. You didn’t want to deal with them since you knew that you are pocking an eye, but you have realized that you don’t have a choice. You will probably need a lot of time to deal with that, but the outcome will be positive.

To sell pliers
Dreaming of selling pliers means that you should ask for help regarding one project that you are doing at the moment. You probably got a demanding work task, or you got yourself involved in something that you can’t finish alone. A good piece of advice could help you as well, so don’t be vain but ask someone to help you.

To receive pliers as a gift
If you are dreaming of someone giving you pliers as a gift, it means that you will have to solve other people’s problems. You will end up in an uncomfortable position, and you will not know what to do right away. You will not want to meddle in that on the one hand, but other people will suck you into that situation. Don’t doubt yourself. If they have already got you involved against your will, do what you believe is best.

To find pliers
When you are dreaming of finding pliers, it means that you shouldn’t take that much work on yourself. You are constantly witnessing your colleagues calculating, doing as they find necessary only, while you are dealing with everything and anything. Change your tactic if you don’t want to be the official fool who is doing other people’s jobs instead of them.

To lose pliers
A dream in which you are dreaming of searching for pliers in vain means that you should change your perspective on some things. You are too stressed out with some problems, and you can’t see the bigger picture. If you would only change your point of view, everything would be a lot clearer. Try sleeping on it for a few days,and we are sure that everything will look completely different once you decide to deal with that again.

To steal pliers
If you are dreaming of someone stealing pliers from you, that is not a good sign, unfortunately. You might get hurt at work, or you will get sick, so you will have to rest for some time. That will happen in the worst possible moment when you have many obligations. Instead of dealing with them, you will have to lie down and rest. However, don’t look at the whole situation so negatively. You will relax a bit if nothing else.

To dream of dental forceps
A dream in which you see dental forceps means that you are currently in a relationship with someone who doesn’t know how to express their emotions. Even though you know that they love and respect you, you are starting to doubt it since they never say anything or try to show it. On the other hand, you are a completely different type of personality who likes talking about their emotions and express them. If you truly love them, be patient with your partner because they might start expressing their feelings once they gain complete trust in you.

To dream of a wrench
If you see a wrench in a dream, it means that you want to reconcile two people that you care about. They probably had an argument, which affected every relationship in your family, a circle of friends, or your work environment. However, you know that your plan is not a good idea and that no matter what you do or say, you can’t change anything. Give them some time to deal with their problem or make peace with the fact that things will be a little different from now on.

To dream of tongue-and-groove pliers
This type of pliers symbolizes big changes in dreams. That can be related to your studies, job, or a dwelling place, but there is even a chance that they will happen against your will. You will need some time to regain control over your life.

To dream of slip-joint pliers
A dream in which you see or use slip-joint pliers means that you will sacrifice yourself for someone else’s wellbeing. You will probably do something that will harm you just to protect your loved one. Parents who are doing everything in their power to protect their children from bad things have these dreams often.

Meanings of dreams can be simpler. If you have recently seen or used pliers, that has made an impression on you.

Pliers are a type of tool that consists of a metal part and plastic handles, used in a large number of crafts.