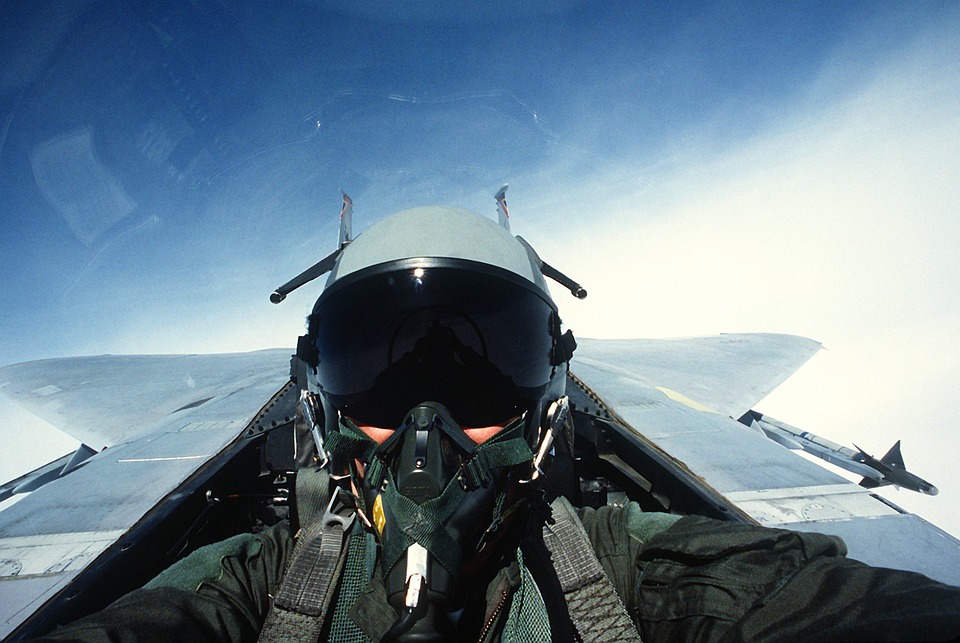 To see a pilot in a dream
When a man sees a pilot in a dream, that symbolizes success in the society. You will be accepted by the people whose opinions you respect and your every success will make you seem bigger in their eyes. You will be really proud of yourself and you will try even harder, in order to justify their expectations. Also, your friends will like the positive energy you radiate, so you will be invited to all celebrations. You will be more confident, so you will probably meet someone who will attract your attention at one of those parties.

When a woman dreams of a pilot, it means that she will have a love affair. You have probably met someone who managed to make you go crazy about them. You think of that person the whole day, every day. If you work together, you are coming up with reasons to call them or go into their office. You will feel like a teenager who is in love again, so everyone will notice that something nice is happening with you. Another possibility is that you are attracted to men in uniforms, which is a reason for dreaming of a pilot. You will have an adventure that will bring you a lot of excitement and you will be able to say that you have had your 50 shades of gray, with certainty.

To be a pilot
Dreaming of being a pilot means that you are really self-confident. You are controlling everything around you successfully. People trust and admire you. You can seem arrogant sometimes, but that is just a mask you put on to keep your reputation. You are attracting a lot of attention wherever you go and everyone loves to be in your company. It is possible that your partner is jealous sometimes, but like everyone else, they trust you completely.

To meet a pilot
Dreaming of meeting a pilot means that you have a secret admirer. You have attracted someone’s attention, but they are afraid of approaching you and showing their feelings. The reason for that is that one of you is probably in a relationship or marriage. It is possible that you work with that person or you encounter them daily. You might have noticed some signs, but you have decided to ignore them because that scenario seems impossible to you.

Dreaming of other people meeting a pilot symbolizes envy. It is possible that someone from your surroundings lives the way you want to. They have a good job, acceptable earnings, a loyal partner and a house full of love. That is everything you have always fantasized about. At the moment, there are no signs that your dreams will come true, so you have an even harder time hanging out with them.

To talk to an aviator
Dreaming of talking to an aviator means that you will meet an influential person who could help you find or change a job. You will try to get closer to them, but you will be afraid that they will see you as a pushy person. However, you know that you can’t let fear stop you from making progress. Because of that, you will make sure to contact them as soon as possible.

If someone else is talking to an aviator in your dream, you need to be careful because a cunning person will try to outsmart you and ruin your plans. It is possible that your relationship or marriage has just started, but a partner’s friend or a family member is doing everything to separate you. After you finally realize it, you will try to prove your partner what is happening, but they will not understand it the right way. However, don’t let small things separate you, but fight with all your strength for someone you love.

To have an argument with a pilot
Dreaming of having an argument with a pilot means that you will make a stupid and reckless move in the near future, which could affect your future greatly. You will have a few options, but you will choose the one that will bring you the most damage. If you decide to buy a car or some other property, ask for an advice from people who know about it more than you do.

A dream in which someone else has an argument with a pilot symbolizes stress in your private life. The situation in your home is critical for a while. Your family members either don’t communicate or they argue. All of it is bothering you a lot, but you can’t do anything to change it. Because of that, you are trying to spend as much time outside your home as possible, which your roommates will resent you. The main reason for arguing could be the financial situation you are in, or simply misunderstandings.

To have a fight with a pilot
Dreaming of having a fight with a pilot means that you could have problems with the law. It is possible that your friend will get you involved in illegal businesses. You will be aware that what you are doing is dangerous, but you will not be able to get out of it.

Dreaming of other people having a fight with a pilot means that you will witness some injustice. You will be somewhere where the faith of many people will be decided. Even though you will object to some decision, you will be out numbered, which will jeopardize the quality of someone’s life. Considering that you are aware that all of it is wrong, your consciousness will be restless for a long time, while the only comforting thing will be that you were not able to do anything to stop all of it.

To kill an aviator
Dreaming of killing an aviator means that you are very ambitious. You are not afraid of doing anything to achieve your goals. People might often judge you for your actions, but that doesn’t bother you. You know how to realize your plans, which is the only thing that matters to you.

A dream in which someone else is killing an aviator symbolizes a wrong choice. It is possible that you will have to choose a college you will go to or a job you will do, so your lack of experience and knowledge will lead you into a wrong direction. You will realize that you are wrong and you will search for a way to fix it.

To kiss an aviator
Having any kind of an intimate relationship with an aviator symbolizes your increased libido. Your sexual desirer has achieved its full capacity lately, but your partner is not understanding of it. That makes you argue a lot, but you almost always end up defeated. You don’t know how to overcome that situation, considering that you are married or in a relationship for a long time and that you love your partner a lot.

On the other hand, if you are single for a long time, you will start losing hope of ever finding the right person for yourself. It is possible that one person will disappoint you and you will create a bad opinion about the opposite sex based on it.

To dream about helping a pilot
Helping a pilot in a dream means you doubt your knowledge or skills. You have recently faced an unfamiliar situation that requires your previous experience to be solved. You haven’t shown yourself in the best light, and you have started questioning how much you know. The saying – You learn as long as you live – is true, and you need not give up on your goals because of a current lack of confidence.

To dream of running away from a pilot
Running away from a pilot in a dream suggests you are afraid that your secret could see the light of day. We might be talking about a mistake you made in the past, and now you are scared of it harming your current relationship with some people. If you believe the truth could hurt them or make them change their opinion of you, it would be best to tell them about it yourself.

To dream about chasing a pilot
Chasing a pilot in a dream means you are an ambitious person. There is nothing wrong with that if you don’t burn bridges behind you. If you continue acting that way, you will chase all the good people away and have no one to celebrate success with once you achieve it.

To dream of hiding from a pilot
Hiding from a pilot in a dream suggests you continue running away from change. You know they are inevitable and that your future will be better and more quality if you make them, but you are scared because it requires getting out of your comfort zone.

To dream about drinking with a pilot
Drinking with a pilot in a dream suggests you fantasize about people respecting or admiring you. You like to be the center of attention, which is why you are the loudest in every group of people. Besides that, you often brag about your success because you believe it will improve your reputation. You have to know that only your actions can bring you the reputation you dream of.

To dream of dancing with a pilot
Dancing with a pilot in a dream means you have to watch out for sweet talkers. Someone will promise the world to you and not be able to keep their word. You might have to pay more attention to yourself by working on yourself to get what you want instead of expecting it from others.

If a married woman dreams of getting married to a pilot, it means she doubts her partner.

When an unmarried man dreams of getting married to a pilot, it means he is still not ready for a serious relationship or marriage. If a married man has such a dream, he is thinking about a woman who is not his wife.

Meanings of dreams can be simpler. If you have recently watched a movie with pilots in it, that has made an impression on you, which is why it transferred into your dream as well.

Definition of a pilot

A pilot is an aviator or a flier.