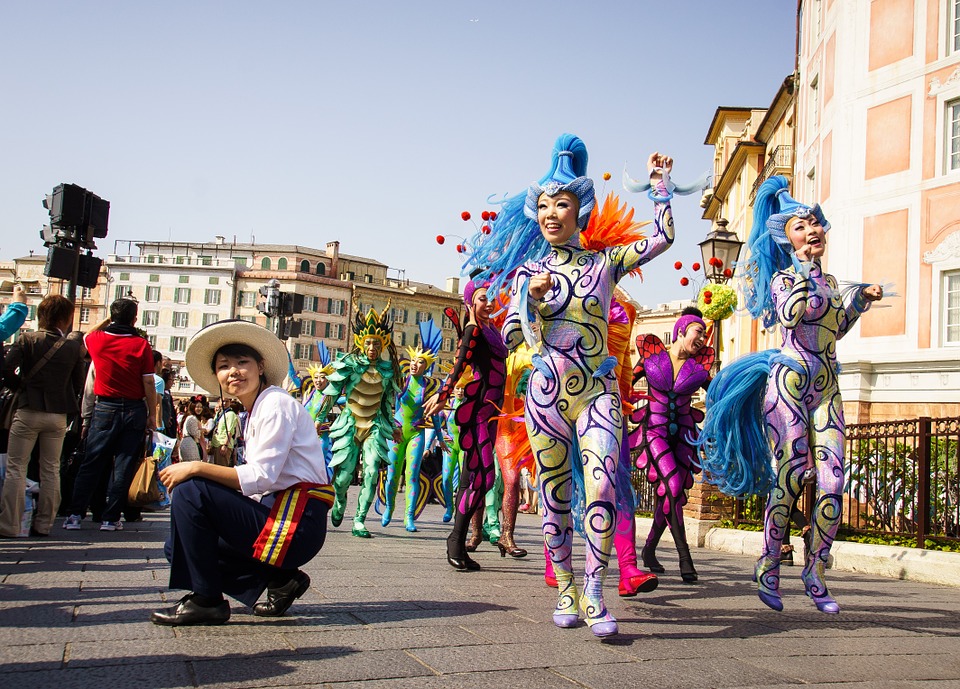 To dream of participating in a parade
If you dream of participating in a parade, it symbolizes honor. People show you respect wherever you go. You have an attitude that says that you are serious and that there is no messing around with you when it comes to business. You are a big jokester and a great host in your private life, which is why your colleagues like hanging out with you.

To dream of a parade approaching you
When you see a parade in the distance approaching you, it means that your five moments of fame will come. You probably impatiently wait for your boss, trainer, or professor to give you a chance to show them everything you got. You know that you are much more capable than many people who are in better positions than you, which is why you make an effort to stay positive and take advantage of every opportunity the best you can.

To dream of watching a military parade
When you dream of watching a military parade, it means that you are proud of someone. We are probably talking about a family member or friend who fulfilled their life-long wish. You will perceive that person’s success like yours, brag about it, and talk about how much effort they needed to invest in such a venture.

To dream about organizing a parade
Organizing a parade in a dream can mean that you have to be much more persistent if you want to impose your ideas or attitudes on other people. You base your opinions on experience and knowledge instead of assumptions. However, people who think entirely differently than you surround you. If you want them to take you seriously and achieve specific results, you will have to change your approach to those who directly or indirectly make decisions about your destiny.

To dream of leading the parade
Leading the parade in a dream means that you don’t like responsibilities and that you are scared of them, but you are ready to take them when shit hits the fan. There is a chance that you will experience something like that soon, and you will have to show all your strength, persistence, and desire to solve some problems or achieve your goals.

To dream of watching a parade on TV
If you dream of watching a parade on TV, it symbolizes exhaustion. You have had many obligations and problems lately, and you don’t have time for yourself or your family. You know that the situation you are in is only temporary, but you are exhausted. You have to keep in mind that the world will not end if you decide not to do anything but enjoy yourself in the company of the people you love for two days.

To dream of getting invited to a parade
If you dream of getting invited to a parade, it means that you will manage to avoid big expenses thanks to your analytical nature. You will realize that now is not the best moment to spend a lot of money on something, which will turn out to be a good decision. You will soon have a chance to buy the same thing much cheaper and will not want to miss it.

To dream of rejecting an invitation for a parade
Rejecting an invitation to go to a parade in a dream means that you need peace. There is a chance that you have been faced with various challenges lately and that you have to communicate with people all the time because you are solving burning questions. Because of it, you long for a few days of complete serenity. You have to be patient because you will soon have a chance to get something like that.

To dream of reporting from a parade
If you dream of being a reporter on parade or doing a live broadcast on TV or radio, it means that you will have problems doing your everyday chores and obligations. You might suffer from a lack of concentration, or you will become a victim of someone’s sabotage. Anyhow, you have to be very careful because you could suffer serious consequences because of one mistake.

To dream about getting hurt on parade
If you dream about getting hurt during a parade, it means that you will be in the wrong place at the wrong time. You will probably witness a heated argument between two people you have recently met. That fact will not stop them from airing their dirty laundry, and they will even try to drag you into that mess. If you stay collected and openly say that you don’t want to be a part of it, you will avoid the possibility of getting a raw deal.

To dream of your loved one getting hurt during a parade
This dream means that your family member, partner, or friend could complain about one situation in the following period. That person will probably be dissatisfied with their job or the atmosphere in the team. You will not know what to say to comfort them but that they have your blessing to quit and look for a new job.

To dream of getting lost during a parade
When you dream of getting lost during a parade, it means that the following period will be turbulent for you. There is a chance that you will face unexpected situations and problems. You will have to deal with big challenges, which will not be easy. However, you have to keep in mind that you are strong, capable, and intelligent enough to deal with all of it. If you don’t lose faith in the positive outcome and yourself, everything will be fine.

To dream of losing a loved one during a parade
If you dream of losing a loved one with whom you came to the parade in the crowd, it means that you will not cope well with the role imposed on you by your family, partner, boss, or someone else. You will believe that you are not ready for it, even though others will try to persuade you otherwise. Such a fear is understandable because it requires getting out of your comfort zone, but you can overcome it if you work on your self-confidence.

To dream about a parade getting postponed
This dream means that you can rest because some chores can wait for a few days. Your boss will probably give you a demanding task, but you will also get a reasonable deadline to finish it. You can use the next couple of days to recharge your batteries to deal with the upcoming problems more easily.

To dream of a parade of pride
If you dream of a parade of pride, it means that you will fight for your rights in real life. Your boss will probably decide to promote your colleague even though you believe that you deserve the promotion a lot more. You will openly ask them why they have made such a decision because of it, but you also have to be careful because an aggressive approach will not bring you what you want.

To dream of a national holiday parade
A parade held on a national holiday symbolizes that you will soon get forced to work with strangers. There is a chance that you will get new colleagues or business associates and have to get used to their way of doing things. That will not be easy because their approach is completely different than yours, but you will not have a choice but to make peace with the idea that you will have to deal with many things on the go.

To dream of a parade held on a religious holiday
Dreaming of litany or another kind of religious parades means that you have neglected a spiritual side of your life. You have put your career or business success first, while your relationships with the people who surround you, your mental health, and other things come second. You have to dedicate more attention to your private life so that you don’t realize that you are lonely too late.

To dream of an Olympics parade
A sports parade, like the one held during the opening of the Olympics, means that someone will blackmail you. There is a chance that your boss will extend your contract if you agree to accept specific conditions, or you will get a job if you go over your attitudes and beliefs. Anyhow, the fight for mere existence will stop you from standing up to such a type of injustice and pressure.

To dream of a parade of ships
When you dream of participating in or observing a parade of ships and other vessels, it means that you could travel soon. You might visit friends or relatives in another city or state, go on a business trip, or have a vacation at an exotic destination. Anyhow, that will help you get out of a rut and recharge your batteries for the upcoming challenges.

To dream about an airshow
If you dream about participating in an airshow, it means that you will encounter someone who was an important part of your life once, but you didn’t end things well. There is a chance that we are talking about your ex-partner, which is why that encounter will evoke some bad memories. However, you have to make an effort to leave the past in the past and not look back on the things that bring painful memories to the surface.

The meanings of dreams can be a lot more trivial. If you have recently seen or participated in a parade, it has left a strong impression on you.

Definition of a parade

The parade is the movement of a large number of participants who want to highlight something.