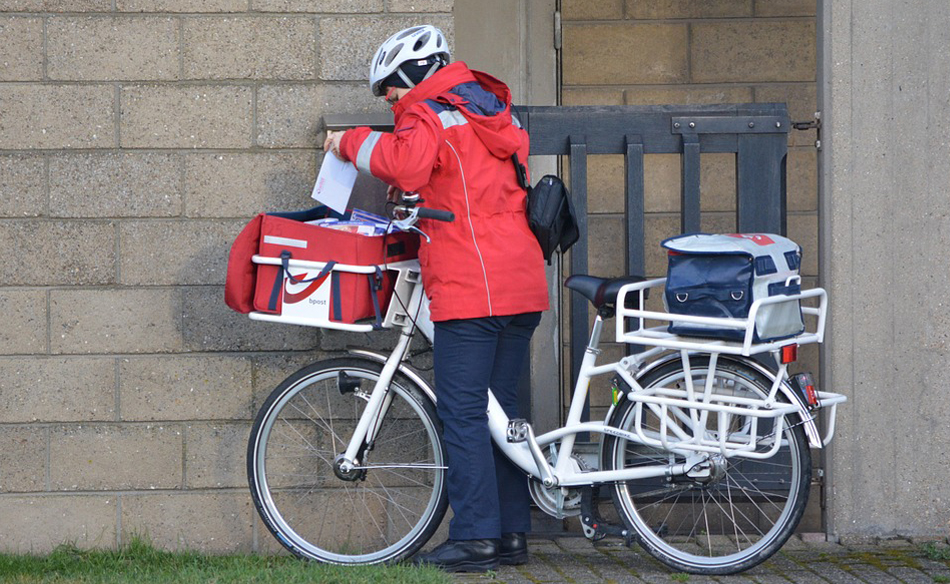 To dream of a messenger
If you see a messenger in a dream, that is a warning that you will hear bad news. That is probably related to a love relationship that will end with your partner not having the courage to tell you they don’t want to be with you anymore, so they will do it over text or through a mutual friend. At first, you will have a hard time with it since you wanted for that relationship to succeed, but after you look at things closely, you will realize that someone who is ready to act so cowardly is not worth your suffering.

To be a messenger in a dream
Dreaming of being a messenger means that other people will misunderstand you. You will probably get the uncomfortable task to tell your colleagues or friends what you honestly think and point at the mistakes they are making. In spite of good intentions, many of them will avoid your company since they will believe that you are meddling in things that don’t concern you. You will become aware of the painful fact that people prefer others lying to them and supporting them, even if it harms them.

To talk to a messenger
If you are dreaming of talking to a messenger, it means that you will gain the respect of a large group of people thanks to your actions. Considering that you are a kind person who likes to help others, that will not go unnoticed in your surroundings. You believe that what comes around goes around, so you act in accordance with it. Because of that, you have a reputation of an honest and kind person who has done favors to many people.

To dream of a messenger lying to you
When you are dreaming of a messenger lying, your subconsciousness is warning you to stop gossiping. You hang out with people who know everything about everyone. You often discuss scandals, affairs, and other juicy happenings in your surroundings, so you are used to sharing such things with others as soon as you hear about them. However, you wouldn’t like other people to talk about you in such a way, so it would be better to keep your mouth shut next time you get the urge to say something.

To argue with a messenger
A dream in which you are arguing with a messenger symbolizes your naivety. You still believe that all people are good and that those who don’t wish you well won’t even communicate with you. Because of that, you don’t even notice that you are confiding in those who don’t deserve it. They could easily betray your trust and misuse everything they heard from you. You should have learned things like this until now, but considering that you are an optimist and a philanthropist, no wonder that you find excuses, even today, for the bad or rude behavior of people that surround you.

To fight with a messenger
If you are dreaming of fighting with a messenger, it means that you won’t be glad to hear some information about your loved one. Someone will probably tell you something about your partner or friend, which will shock and surprise you. You won’t react right away, but you will think about it later. Now is not the time to judge someone for their sins from the past because everyone has them. Show understanding for the people you love.

To run away from a messenger
When you are dreaming of running away from a messenger, it means that you don’t want to admit the mistakes you have made. You are sure that you are right, so you don’t feel guilty, even though people are telling you the opposite. They are constantly pressuring you to apologize while you don’t believe that you should. Think about your behavior one more time, and if you end up with the same opinion again, then don’t change your attitude. However, make sure to be a little bit more objective and realistic so that you are certain that you are not making a mistake.

To hide from a messenger
If you are dreaming of hiding from a messenger, it means that you idealize someone too much. You have probably started a relationship recently with someone who wined you over on sight. Even though many people are warning you that you have come into all of that too quickly and that you have started to confide not only your heart but everything else in them too early, you don’t want to believe them. What’s more, you think that they are jealous. Even if that is true, keep your foot on the break since you never know when caution will save your life.

To shoot a messenger
If you are dreaming of shooting a messenger, it means that you are constantly running away from the problems you have. You negated it at first, but now you are ignoring it. This phase has been lasting for too long, which only shows how stubborn you are. It is time to start acting like a grown-up and taking responsibility for your life. Only you can solve some of your problems.

To kill a messenger
This dream suggests that you have a secret that you want to keep for the rest of your life. One sin from the past is haunting you, and you are constantly afraid that people who love you will discover it. You are afraid that they won’t understand your actions and decisions that you made when you were young. Because of it, you will try your best to never let anyone find out about your secret. Your consciousness would be a lot more peaceful if you would have an honest conversation with someone completely objective about it.

To see a dead messenger
If you see a dead messenger in a dream, that symbolizes bad news. Your further relative or a friend who lives abroad will probably let you know that someone is sick. Since you will not be able to do anything, you will only worry. That will cause a lot of stress and frustration, which could affect, negatively even your health. Because of it, make sure to look after your health first since you can’t help others.

To kiss a messenger
A dream in which you are kissing a messenger symbolizes your curiosity. You are an extremely curious person by nature, and you have many interests and hobbies. One of them is gossiping, but you are pretty careful when it comes to that. You don’t reveal other people’s secrets and spread rumors if you are not sure that they are at least somewhat true. You often read magazines and newspapers about celebrities. There probably isn’t a celebrity that you don’t know at least something about.

Meanings of dreams can be simpler. If you have recently seen a messenger, that has made an impression on you.

Definition of a messenger

A messenger is a person who carries some news.