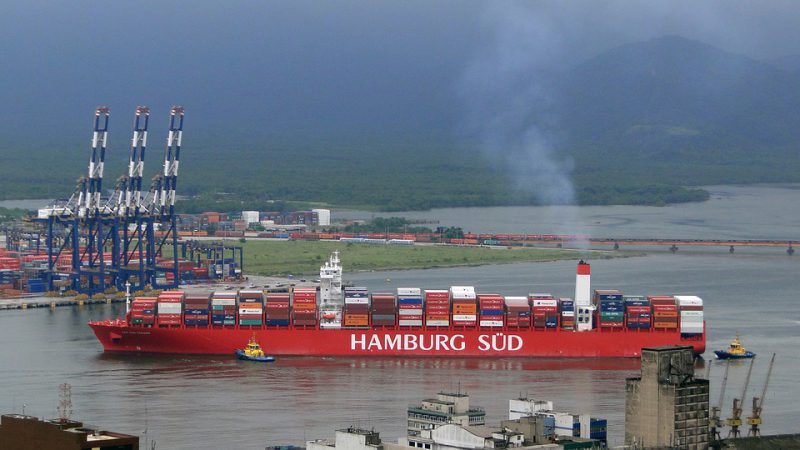 To dream of a maneuver
If you see a maneuver in a dream, it means that a pleasant change expects you. There is a chance that you will do the activities you have neglected and hang out with people you haven’t seen in a long time in the following period. It will suit you to distance yourself a bit from everyday problems and listen to pieces of advice from those who can look at your situation more objectively.

To dream of performing a maneuver
Dreaming of performing a maneuver means that you will not be honest. You will probably pretend that you are in a good relationship with someone who is not your favorite person to protect your interests. You will have to hide your true feelings, fearing that something will give you away, while the thought of achieving your goal that way will be a big motivation to you.

To dream of someone maneuvering you
When you dream of someone else performing a maneuver, it means that your warnings will be in vain. There is a chance that you will see through someone’s intentions, but you will not manage to explain that to people from your surroundings. They will be fascinated by that person and will believe that they are incapable of doing anything evil.

To dream of successfully performing a maneuver
If you dream of successfully performing a maneuver, it means that you will lie to achieve higher goals. There is a chance that you will not tell the truth to protect yourself or someone else, or you will cut every contact with some people who could harm your image in the future. You believe in a saying – the end result justifies the means, and you won’t regret your actions.

To dream about unsuccessfully performing a maneuver
A dream in which your maneuver failed means that you don’t feel support for your decisions and actions. People whose opinions you care about won’t agree with the things you have been doing lately. That can be a sign that you are doing something wrong, which is why you ought not to perceive their criticism and comments as jealousy or envy but as a way to figure out where you are making mistakes.

To dream of someone thwarting your maneuver
If you dream of someone thwarting your maneuver, it means that you have gotten involved in something, even though you are not ready for it, or you haven’t thought about the possible consequences of your decisions and actions enough. It is still not late to change your perspective and start treating noteworthy things in your life differently. It is essential to learn from your own mistakes.

To dream of thwarting someone’s maneuver
Thwarting someone else’s maneuver in a dream means that your intuition will come to the surface in the following period. You are someone who doesn’t blindly believe everything people say. One might say that you are a skeptic or pessimist, but you prefer calling yourself a realist. Because of it, you believe in what people do and what you can see with your own eyes more than what they say. You could soon face a situation in which your gut will tell you one thing, while everything else will point otherwise.

Considering that maneuvers are usually related to the military, interpretations of dreams with such a motif can differ depending on the context in which dreams occur and the details that follow them.

To dream of stopping a maneuver
If you dream of stopping a maneuver because you realized that it would not end well, it means that you ought not to underestimate your intuition. You are someone who can judge people and situations well. However, you often don’t use your talent. If you listened to your gut a bit more instead of relying on what people are telling you, you would be a lot more successful.

To dream about commenting on a military maneuver
Dreaming about commenting on a military maneuver means that someone will ask for your opinion regarding a big problem of public importance. You will be honored to get chosen for it, but you will also feel a great sense of responsibility because you know what kind of consequences a wrong decision could bring.

To dream of a ground military maneuver
When you dream of operating a ground military maneuver, it implies that you are a bit traditional and that your opinions and beliefs don’t correlate with modern times. You probably often catch yourself talking about how things were different, less complicated, or better when you were young. It is time to get on board with the things happening in the present to make a profit in the future.

If you dream of trying to stop a land military maneuver, it means that you will embarrass yourself in a large group of people. There is a chance that you will talk about something you don’t know anything about. In your attempt to be an equal interlocutor in that conversation, you will say something that will make other people mock you. Only then will you realize that it would be better if you stayed silent.

To dream of an air military maneuver
If you dream of operating an air military maneuver, it means that you will beat an enemy using their weapons. Someone is trying to harm your private or business life, but you are aware of what that person is doing, luckily. Instead of waiting for them to strike first, you will surprise them with an attack. You might not be a fan of that tactic, but you will realize that it does the job.

Performing an air military maneuver in a dream means that someone will tell you a big secret. There is a chance that a friend will tell you something no one else knows and ask you not to share it with others. It will probably be hard to keep that information to yourself, but it will not even cross your mind to betray that person’s trust.

When you dream of trying to stop an air military maneuver, it means that you could soon give up on one idea or project. You will realize that it doesn’t bring you either moral satisfaction or concrete results, which is why you will decide to dedicate your time to more constructive things in life.

To dream about a naval military maneuver
If you dream about operating a naval military maneuver, it means that you have to be a lot more pragmatic when negotiating about something. You are a brutally honest but stubborn person, as well. You don’t give up on your opinions, which is why you often seem vain. That is not desirable in situations that ask for negotiation. If you want to be successful, you will have to learn some diplomatic skills.

Dreaming of performing a naval military maneuver is not a good sign because it suggests that you will be collateral damage. Someone will sacrifice you to achieve personal goals and interests. Unfortunately, you can’t do anything to stop it.

If you dream of trying to stop a naval military maneuver, it implies that you are afraid of not being ready for the situation you are in or a task you are assigned. The lack of self-confidence is stopping you from using your full potential. If you work on it, your life will be a lot better.

Maneuvers are related to medical procedures, which most of us learn in school. In the following text, you can read about what it means to perform a Heimlich’s maneuver, that is, what it means when someone executes it on you in a dream.

To dream of a Heimlich maneuver
When you dream of someone performing a Heimlich maneuver on you, it implies that you are confused by the situation you are in, and you are starting to panic because you don’t know what consequences it could bring. You are probably dealing with something like that for the first time in your life, and you are not sure how to react. A dream is a sign to ask for advice from someone you trust.

If you dream of performing a Heimlich maneuver on someone, it means that you will have a chance to help a stranger. Your small gesture will mean a lot to that person, and you will not wonder whether you should do it or not. They will be grateful to you for the rest of their life.

To dream about a Valsalva’s maneuver
A dream in which you are performing a Valsalva’s maneuver on someone means that you are trying in vain to persuade someone in the rightness of your attitudes and actions. You have probably offended or hurt that person in the past, and now they don’t want to or can’t trust you anymore. You will be proving your honesty for a long time.

If you dream of someone performing a Valsalva’s maneuver on you, it means that you will be very naïve in one situation. You will let someone who will promise the world to you seduce you, even though they will not keep their word. Once that person takes advantage of you and leaves, you will realize that you could have obstructed their intentions if you were not blinded.

The feelings that follow such dreams are usually panic, fear, and excitement.

The meanings of dreams can be a lot more trivial. If you have recently seen or performed a maneuver, it has left an impression on you.

Definition of a maneuver

The maneuver is an exercise of a wide range of units in the military service, but it can also be a ploy, plot, hoax, etc.