What Does It Mean to Dream of a Magician?

Home » M » What Does It Mean to Dream of a Magician? 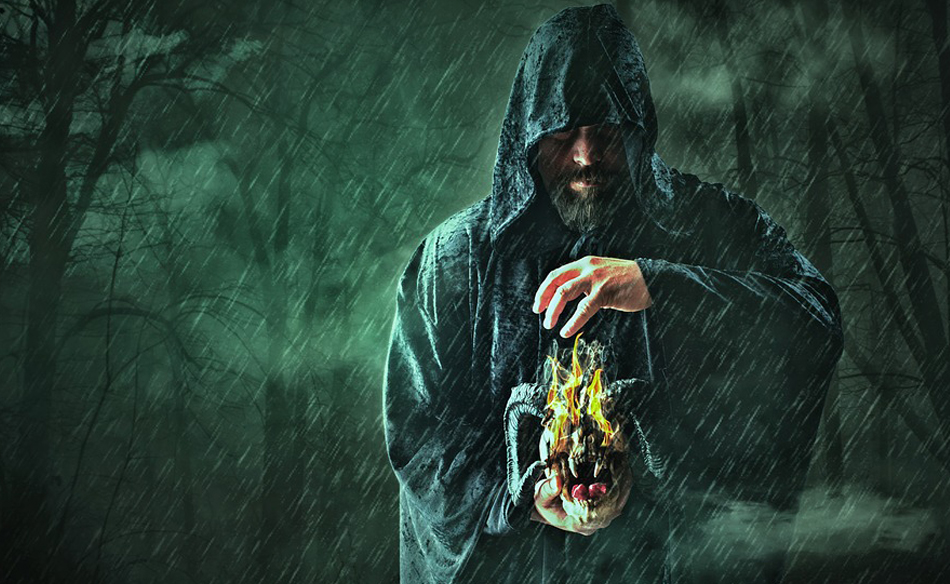 Interpretations of dreams with a motif of a magician can differ depending on the context in which a dream occurs and the details or feelings that follow it. You can feel confused, surprised, excited, or scared while having it.

To dream of a magician
If you see a magician in a dream, that is a warning that someone will try to use you in real life. There is a chance that we are talking about a person who is presenting themselves as your friend or a business partner, even though they only want to achieve the goals that you know nothing about. Your readiness to help will be of great use to that person, which is why you will end up as collateral damage in the end.

To dream of being a magician
Dreaming of being a magician means that you are overwhelmed. Many people probably financially depend on you, which is why you are doing everything you can to provide them with the things they ask for. That is becoming a burden to you, and you don’t even know where you get the strength for such labor. You would like to disappear for a few days and get away from the harsh reality.

To dream of assisting a magician
When you are dreaming of a magician demonstrating their tricks on you, it means that you will embarrass yourself. There is a chance that you will say or do something that is not appropriate for the situation you will end up in. You often say things impulsively, which is why you have to watch out for every gesture you make and come up with a speech that will not make you blush in advance.

To dream about a magician disappearing while performing a trick
This dream can mean that you will believe in someone’s lies. An extremely skillful manipulator will persuade you into something, and you will not doubt the truthfulness of their words. What’s more, you will even get into a conflict with people who will try to bring you to your senses since you will believe that they are wrong. Time will show that you are indeed a victim of someone’s malicious intentions, and you will wonder how you could have been so naïve.

To dream of exposing a magician
If you are dreaming of exposing a magician, it means that you might be a pessimist. You often criticize your loved ones because they live in an imaginary world, and you believe that you are a realist who objectively looks at reality. However, you have probably noticed that you are becoming a pessimist lately, and you don’t like it. Try to see at least one positive thing in the bunch of bad ones and focus on it. That will make your life more beautiful and simpler.

To dream of talking to a magician
Talking to a magician in a dream suggests that you are searching for the solution to your problems in the wrong place, which is why you can’t get out of the vicious cycle you are in at the moment. If you changed your perspective on some things, everything would be a lot clearer. Don’t be afraid to ask for advice from someone you trust.

To dream of a magician hypnotizing you
If you are dreaming of a magician hypnotizing you, it means that you are quite naive. People from your surroundings don’t have a hard time convincing you of the rightness of their attitudes and ideas or making you do something that will benefit them. That wouldn’t be a problem if only people who love and respect you knew about those traits of yours. However, there are those who could take advantage of your gullibility and hurt you in the process.

To dream about arguing with a magician
Arguing with a magician in a dream means that you waste your time on totally trivial things and petty problems. It is time to learn to get your priorities in order and dedicate your attention to the things that matter. If you continue to waste your time, attention, and energy on trivial things, you will not come far.

To dream of fighting with a magician
Fighting with a magician in a dream means that you have to learn to control negative emotions. You are very irritable because of stress lately, and you act poorly toward those that didn’t do anything to deserve it. If you don’t manage to direct all of that negative energy into something useful, you will hurt your loved ones with harsh words or, what’s worse, chase them away from your life.

To dream of running away from a magician
Running away from a magician in a dream means that you are afraid that someone could jeopardize your job or a relationship with your partner. That fear is the result of a lack of confidence. You probably don’t believe in yourself and doubt everyone else. Your perception of reality will be completely different after you work on that.

To dream of chasing a magician
Chasing a magician in a dream means that you are continuously trying to preserve one relationship or friendship forcefully. You have noticed that your loved one is distancing themselves from you, but you don’t want to lose them. Because of it, you are using tricks and manipulation to make them stay by your side. However, keep in mind that your plan is not great in the long run. If someone doesn’t want you in their life, you can’t make them change their opinion.

To dream about hiding from a magician
Hiding from a magician in a dream means that someone will trick you. Someone will persuade you to do something that will not benefit you so that that person would achieve their goal. Something will be fishy to you from the start, but you will decide to trust that person anyway. However, you will realize that you were very naïve with time. Look at it from a brighter side – that situation will teach you a valuable lesson for the future.

To dream of a magician robbing you
If you have a dream of a magician robbing you while performing one of their tricks on you, that symbolizes a bad investment. There is a chance that you will buy something that will not justify its price, or you will invest money into a project that doesn’t have a bright future. However, don’t be too harsh on yourself because everyone makes mistakes sometimes.

To dream of kissing a magician
Kissing a magician in a dream means that you need a change in your life. You have fallen into a boring rut, and every day seems the same to you. It is time to start doing a hobby or be more physically active in your everyday life. Don’t use the lack of time or will as valid excuses.

To dream of falling in love with a magician
If a woman dreams of falling in love with a magician, it means that she is not over her ex-love. Even though you are going around saying that your ex is a part of your past, a piece of you still longs for that person. Feeling like that is completely normal, but you can’t let that stop you from giving a chance to someone else.

When a man dreams of falling in love with a magician, it means that he will soon meet a woman whose physical appearance will amaze him, but her personality will turn him off. You will realize that beauty is not only what we see but what we hear as well, and you will totally change your opinion about some women in your life.

To dream of marrying a magician
If a woman dreams of marrying a magician, it means that she needs a determined man who can follow her through life. You have always been the motivator in your relationships and suggested to your partners to do something with their life or tried to make them work on their ambitions. You fantasize about having a relationship with someone where you will support each other and encourage one another to be better in everything you do.

When a man dreams of marrying a magician, it means that he is not satisfied with his sex life. There is a chance that your partner is not in the mood for experimenting in bed, or you are afraid to admit your sexual fantasies to her. If you have been single for a long time, it is obvious that the lack of intimacy has affected your mental state negatively.

To dream about wounding a magician
If you are dreaming about hurting a magician using firearm or cold weapons, it means that you will admit to a person who is lying to you that you are aware of it. You have been waiting on them to tell you the truth, but now you know that that will never happen. Because of it, you have decided to show them that you are not as naïve as you look.

To dream of helping a wounded magician
Helping an injured magician in a dream means that you will forgive a betrayal. You have cut every contact with a person who hurt you not that long ago. However, you will realize that life is too short to spend it in such a negative state of mind, which is why you will decide to give that person a second chance. However, you will let them know that you will not forgive the next mistake, no matter what.

To dream about killing a magician
Killing a magician in a dream means that you will cut every contact with a person who meant a lot to you in one period of your life. You will realize that you don’t have anything in common anymore and that their company doesn’t make you feel good. That might be hard on you because you share a past together, as well as beautiful memories, but you know that life goes on and that it is time to enrich it with new people.

To dream of a dead magician
A dead magician in a dream usually suggests that your secret will come out. There is a chance that you have been hiding a past sin from everyone for a while now because you are afraid that the truth could separate you from the people you love. You live in constant fear, which is not good for your mental state, and you should think about saying something to a person you trust one more time.

The meanings of dreams can be a lot more trivial. If you have recently seen a magician, that has made an impression on you, for sure.

Definition of a magician

A magician creates or uses illusions to distort reality.