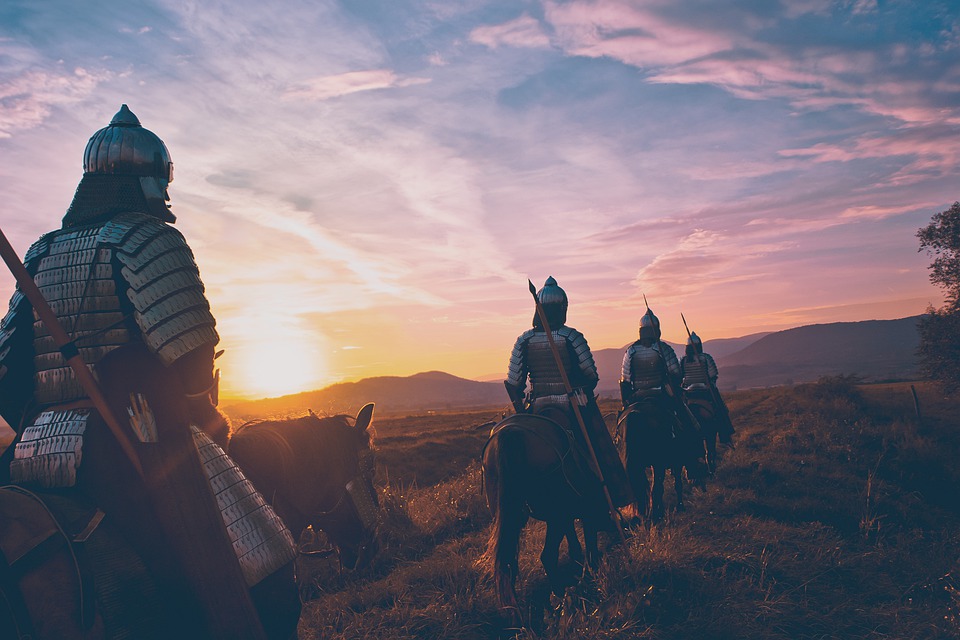 To dream of a knight
If you see a knight in a dream, it suggests that you will get love offers. You might have a few suitors after a period of stagnation in your love life. You will not know who to pick and will need some time to think about everything well so that you do not regret the choice you will have made.

To dream of being a knight
If you dream of being a knight, it means that your friend will help you with upcoming troubles. You will probably not be able to deal with family, love, or work problems alone. Even though it will be difficult, you will realize that you are lucky because you have people in your surroundings who give you unconditional support.

To dream about chasing a knight
Chasing a knight in a dream implies that you are more than in the mood for arguments and conflicts lately. You often have debates with people who don’t share your opinions and don’t have the will or the intention to hear out their arguments. You want to persuade them that you are right by shouting and yelling. It is high time to calm down so that you don’t gain a reputation as an aggressive and stubborn person.

To dream of running away from a knight
Running away from a knight in a dream means that two people you superficially know will put you in an inconvenient position. They will probably have a heated argument in front of you, during which they will air all their dirty laundry. What’s more, they will try to drag you into a fight, which you can’t let happen no matter what because you will end up in trouble without a doubt.

To dream of hiding from a knight
Hiding from a knight in a dream symbolizes paranoia. You probably feel like the whole universe is against you, which is why you can’t make progress. Everything will be much easier and better for you when you realize what mistakes you are making, take responsibility for them, and learn something from them.

To dream of a knight challenging you to a duel
A dream wherein a knight challenges you to a duel symbolizes a dilemma. You might be at a crossroads, and you don’t know which path to take. You want changes but don’t dare to put them into action. You might have to listen to advice from people who wish you well. Their objective point of view might bring the best solutions.

To dream about attacking a knight
Attacking a knight in a dream means that you make an effort to present yourself braver and more determined than you actually are. That especially applies to people who have gotten leading positions in companies recently. You want your colleagues to respect you and your authority and make an effort to convince them that they have to appreciate and listen to you, but you doubt that you are capable of being a leader yourself.

To dream of beating a knight in a duel
Beating a knight in a duel in your dream means that you need a lot of patience and wisdom to overcome a situation you are in at the moment. What has happened to you is pretty complicated and complex, and you need not make important decisions overnight. You have to give yourself time to think well about everything and ask for advice from someone you trust if necessary.

To dream of a knight beating you in a duel
If you dream of getting defeated by a knight in a battle, it means that your fear of getting out of your comfort zone and failure stops you from achieving your goals. You have an idea and a plan for how to actualize it, but you are afraid of getting into action. That is probably the result of a lack of confidence that you can get rid of if you work on the insecurities that have been bothering you for a long time.

To dream about hurting a knight
Wounding a knight in a dream means that you will manage to solve one problem only partially. You have to invest more time, effort, and energy into it to reach the final solution to be able to breathe and relax. Luckily, you have the support of your family and friends, which is very important for your motivation during rough times.

To dream of killing a knight
Killing a knight in a dream means that you will soon enter a more peaceful phase of your life. You will manage to solve a bigger problem, which is why you will be able to dedicate attention to yourself and what you enjoy. It might seem like such a situation is out of your reach at the moment, but it will come even before you think. You have to endure a bit longer because of it.

To dream of a dead knight
A dead knight symbolizes failure in a dream. You might get fired, experience financial loss, or end a long-term relationship or marriage. That will change you from your core, but you will have to get used to new circumstances as soon as possible to be able to move on. You have to remember that there is no point in crying over spilled milk, and you will know what you have to do.

To dream of arguing with a knight
Arguing with a knight in a dream means that you are vain. You probably have a hard time accepting criticism and good-hearted suggestions because you believe you always make the right decisions. All people make mistakes, including you. It is only a question of how much you are willing to take responsibility for them and learn something from them.

To dream of drinking with a knight
Drinking with a knight in a dream can symbolize an interesting encounter in real life. You might meet a person who will amaze you with their charisma, intelligence, and even appearance. You will wish to spend more time with them, and you might even fall in love if we are talking about someone of the opposite sex.

To dream about kissing a knight
Kissing a knight in a dream means that you will do something that will make your partner jealous. You will probably freely talk or dance with someone of the opposite sex in the presence of your loved one. Another possibility is that they will resent you for spending more time with your colleague than them.

To dream of making love to a knight
If you dream of making love to a knight, it suggests that you are dissatisfied with your sex life. People who have been single for a long time don’t have to interpret this dream further. However, if you are in a relationship or married, the dream suggests it is time for an honest conversation with your loved one. You can’t have taboo topics and things you don’t talk about when your feelings are honest.

The meanings of dreams can be a lot more trivial. If you have recently read a book or watched a movie about knights, it has left an impression on you.

Definition of a knight