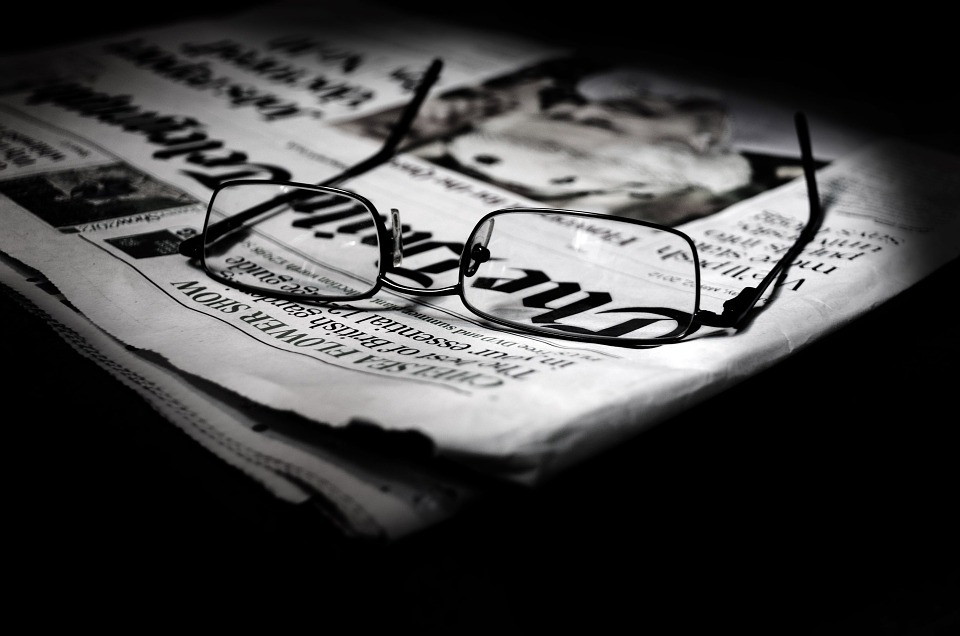 Journalists are a pretty common motif in dreams for both sexes, and their interpretations depend on the context in which a dream occurred, along with the details or emotions that followed it. Depending on what you think about journalists in real life, your feelings can go from panic, fear, and nervousness to excitement and relief.

To dream about a journalist
If you dream about a journalist, it means that you are afraid of your secret coming to the surface. We are probably talking about the past sin that you are not proud of, and you are scared that it could ruin your relationships with some people in your business or personal life. Instead of looking for a way to keep hiding it, you should tell the truth and explain why you have made some decisions or moves. That is the only correct solution because your conscience will be at peace. Everything else will not depend on you.

To dream of multiple journalists
A dream where you see multiple journalists means that your loved ones pressure you to make some decisions or moves. Someone has probably given you an ultimatum, and you don’t know how to respond. Your loved one might be expecting you to decide whether you will do it or not, or your boss has assigned a complicated project to you and is waiting for your response. That will not be easy for you, but you have to face it sooner or later.

To dream of being a journalist
If you dream of being a journalist, it means that you want to know the truth. You believe that your loved one is hiding something from you, but you can’t figure out what. There is a chance that your partner has been acting strangely lately and that you are aware that something is going on, but you can’t get answers to the questions you are asking. You are probably right, but you have to be patient and persistent, and the truth will come out.

To dream about studying journalism
This dream means that you believe that you can change the world. You are an idealist by nature, and you have ideas that you believe in and don’t divert from, no matter how much people think they are utopian. You are too stubborn sometimes to see things the way they are. You will probably change your strict attitudes over the years but will not perceive it as a personal failure but facing reality.

To dream of a journalist interviewing you
When you dream of a journalist interviewing you, it means that you want to be heard. You have a lot to say but don’t have a chance to do it. You probably work somewhere where no one expects you to give ideas but put someone else’s into action. You are thinking about changing your profession or looking for a new job wherein you will have a chance to take advantage of your knowledge and skills.

To dream of arguing with a journalist
Arguing with a journalist in a dream means that you are a stubborn person. You are capable of defending your ideas or attitudes with everything you have, no matter if others agree with you. It is nice to have your opinion and not let others change it easily, but you can’t build it on assumptions and stereotypes. What you are saying has to be based on facts for people to take it seriously.

To dream about other people arguing with a journalist
This dream means that you will have a chance to witness an uncomfortable conversation between two people. Someone will fight about the things that don’t concern you in front of you and even try to persuade you to take sides. If you let them get you involved in the conflict, you will get in trouble. It would be best if you openly let those people know that you don’t want to be a part of it.

To dream of fighting with a journalist
Fighting with a journalist in a dream means that you have chosen the wrong way to defend your actions. You have probably made a decision or action that people from your surroundings don’t like. Instead of explaining what is happening and persuading them that you are right, you have decided to solve that issue by shouting. In the long run, that will not improve your relationship but distance you from one another even more.

To dream of other people fighting with a journalist
When you see someone else fighting with a journalist, or you see someone beating a journalist, it implies that you will try to stop injustice. You will have a chance to decide on someone’s destiny with a group of people. However, all of you will make an unfavorable decision by voting. Even though you will rebel, your vote will not be enough to change anything. Your conscience will be guilty as long as you don’t realize that you couldn’t do anything to stop such a development of events.

To dream of journalists chasing you
If you dream of journalists chasing you, it means that you think highly of yourself. You believe that you are better, more intelligent, and more successful than others, and you often act arrogantly. Even when you are right, such a way of acting doesn’t let you show it. You have to ask yourself why you feel the need to show everyone that you are the best, the smartest, and the most diligent if your deeply-rooted insecurities don’t make you do it.

To dream about chasing journalists
Chasing journalists in a dream means that you still haven’t found a way to put one of your ideas into action. You have been thinking about one project for a long time, but things are not going the way you have expected. You will have to find another way because what you are thinking about is not bringing results. If you don’t know how to solve that problem alone, ask for help or advice from the people you trust. A constructive conversation might give you a new perspective on things.

To dream of kissing a journalist
Kissing a journalist in a dream means that you long for adventure. You have recently become aware of the idea that you have fallen into a rut and that every day is the same for you. Instead of looking for ways to get out of it, you are only complaining about your destiny. The change will not come on its own because you have to motivate it with your actions.

To dream about marrying a journalist
When a single woman dreams of marrying a journalist, it means that she has put her career before her personal life. You have purposefully chosen work over love. You might regret your decision later, but you find it right at this moment.

If a married woman dreams of getting married to a journalist, it implies that she wants her partner to show more initiative. You probably put more effort into improving your marriage than your husband. Instead of secretly resenting that person for it, you should have a conversation about it and find a compromise.

If a single man dreams of marrying a female journalist, it implies that he will make a reckless decision that will make his future much different than he has imagined. Maybe you should think about what you are doing before you make a move.

When a married man dreams of getting married to a journalist, it implies that he is not satisfied with his marriage and believes that his wife has changed a lot compared to the beginning of their relationship. Ask yourself how much you have contributed to that change.

To dream about other people threatening a journalist
This dream means that you will take the right side in one dispute. You will realize that you don’t want to stay silent and will get involved in an argument. Another side will take that as an attack, and you could gain a new enemy for the rest of your life. Make sure to present your opinions diplomatically so that your reactions wouldn’t bring even worse consequences.

To dream of killing a journalist
Killing a journalist in a dream means that you have chosen the wrong way to solve a problem you have been pushing under the rug for a long time. You hoped that everything would get resolved on its own, but that didn’t happen. You didn’t think well about the consequences of your decisions. You have to ask for advice from someone you trust before you decide to do anything.

To dream about a dead journalist
A dead journalist in a dream means that someone else will solve your problem. We are talking about something you have been struggling with for a long time but couldn’t find the solution for. However, one of your loved ones, friends, or acquaintances will be courageous enough to put an end to it once and for all. However, don’t expect that person to do the same next time you end up in trouble.

The meanings of dreams can be a lot more trivial. If you have recently had a chance to see a journalist on TV or in person, it has left an impression on you. If you are studying journalism or one of your loved ones is a journalist, then you shouldn’t interpret your dreams.

Definition of a journalist

A journalist is a person involved in journalism, meaning collecting information about current events, topics, and people and publishing them in print and electronic media.