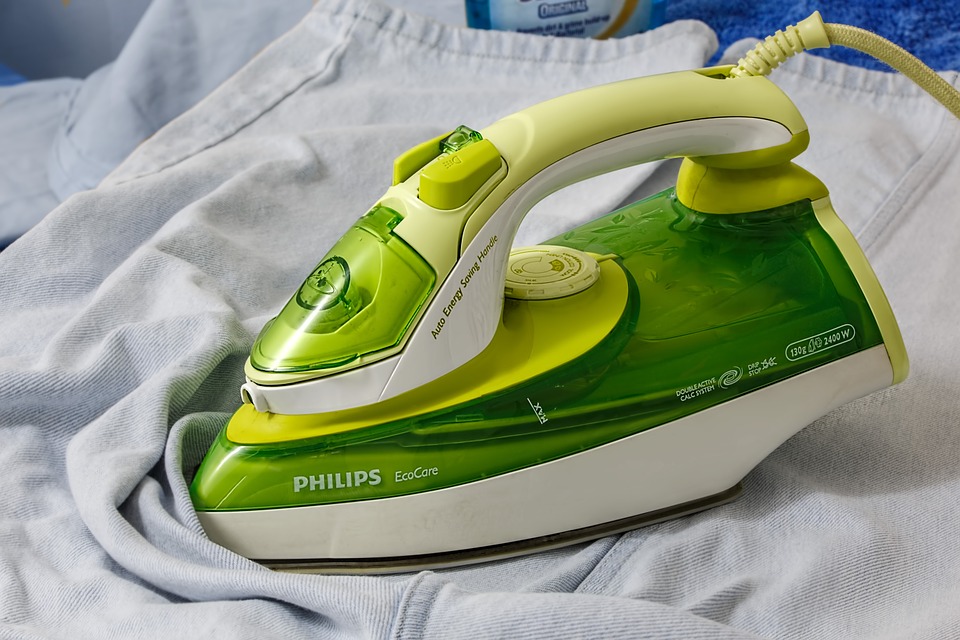 To dream of an iron
If you see an iron in a dream, it means that worries expect you. There is a chance that you have too many house chores or work projects while no one is offering help to make things a bit easier for you. You are continuously afraid of forgetting something, which is why you have started writing everything down to calm your conscience.

To dream of refusing to iron someone’s clothes
When you dream of refusing to iron someone’s things, it symbolizes dissatisfaction. People around you are used to you always doing them favors, which is why they have started taking advantage of your generosity. Instead of respecting your effort, they always expect more from you, which will make you react violently and change some things around.

To dream of burning something with an iron
If you dream of burning a piece of clothes while ironing it, it means that you will cause damage. You will probably ruin a valuable item that you received as a gift but that you are not particularly attached to. Other people will have a harder time accepting what you did than you, which is why they will criticize you for being irresponsible and not being able to possess nice things.

To dream of other people ironing your things
When you see someone else ironing your clothes in a dream, it means that you have support. You believe that friends are your biggest wealth, which is why you collect memories from pleasant moments you have experienced together instead of postcards or magnets. There are a few people you would do everything for and for who you know will always be there for you and help you.

To dream of buying an iron
Dreaming of buying an iron means that you have to fix relationships with some people from your surroundings. You might have hurt them with your words or actions, or they did something bad to you. However, hate or a desire to take revenge on someone can’t bring you anything good and will affect your mental health negatively. It is time to leave the past behind and turn your attention to building a better and more beautiful future.

To dream of selling an iron
Selling an iron in a dream can be a sign of reconciliation. There is a chance that someone who you have seen as your enemy for a long time will offer you an olive branch first and ask for forgiveness. You will probably wonder if they have deserved it, which is completely normal, but you ought to think about burying the hatchet because you will be calmer and more serene that way.

To dream about receiving an iron as a gift
If you dream of someone bestowing an iron to you, it symbolizes big expenses. Your car or one of the house appliances might break down, and you will realize that there is no point in repairing it, which is why you will decide to replace it. There is a possibility that you will have to borrow money from friends or take a loan to pay for that expense.

To dream of bestowing an iron to someone
This dream means that your financial situation will improve. There is a chance that you will get a job or get a better-paid job. Another possibility is that something like that will happen to your partner or one of the family members. That will affect your house budget positively, and you will be able to start thinking about your future moves and actions or the actualization of your long-term plans.

To dream of stealing an iron
Stealing an iron from a shop in a dream symbolizes confusion. You are probably in an unfamiliar or messy situation, and you don’t know how to behave. The worst you can do at the moment is to make decisions impulsively. You have to give yourself time to understand what is going on and then make specific moves.

When you dream of stealing an iron from someone else, it means that you could embarrass yourself in a large group of people. You will have a chance to talk about an unfamiliar topic with them. In your desire to be an equal interlocutor, you will say something that will make everyone present mock you. Only then will you realize that you should have kept your opinion to yourself.

To dream of dropping an iron accidentally
If you dream of accidentally dropping an iron on the ground, it symbolizes bad communication with your loved one. Everything stems from a lack of understanding and readiness to compromise. You are capable of making a mountain out of a molehill just because you don’t want to hear out what the other side has to say. There is a chance that frequent arguments will create a chasm between you, which will lead to the end of that relationship.

To dream of other people accidentally dropping an iron
A dream wherein you see someone else accidentally dropping an iron means that you will try to reconcile two friends. There is a chance that two people you equally love and respect will argue, and you will make an effort to smooth things over. Your role will not be easy at all, which is why you have to be patient.

To dream about throwing an iron away
Throwing an iron in the trash in a dream is not a good sign. Such a dream means that you will argue with a very stubborn person. Since you are pretty the same, you will have a hard time coming to an agreement that both of you will be pleased with. If you don’t want things to escalate, you have to drop it.

To dream of other people throwing an iron away
If you see someone else throwing an iron away in a dream, it means that someone will try to get you involved in an argument or ruin your relationship with the person you love. If you start paying attention to the signals that the person in question is sending you, you will be able to stop them from putting their plan into action.

To dream about an iron lighting on fire
This dream means that you have to watch for the way you communicate with your superiors. You always speak your mind, which is why you tell everyone everything to their face. It is nice that you like the truth and fight for it, but there is a big possibility that you will lose your job if you keep insisting on some things aggressively. Instead, you have to take advantage of the diplomatic skills you must possess.

To dream of a broken iron
A broken iron in a dream means that one of your plans will fail. There is a chance that you have been thinking about a big purchase or a trip for a long time. However, some objective circumstances will stop you from putting it into action. However, you need not despair because a new opportunity will come your way sooner than you think.

To dream of fixing an iron
Fixing an iron in a dream means that you will fight for your wish to come true. Nothing is going the way you want at the moment, and people advise you to give up on it. However, you are not someone who lets things go easily, which is why you will not listen to them.

To dream of other people fixing an iron
A dream wherein you see someone else fixing or repairing an iron means that you will try to talk your loved one out of something. You will realize that some of that person’s activities could harm them, which is why you will advise them to give up on it. However, the chances that they will listen to you are pretty slim.

To dream about burning yourself on an iron
This dream is a sign that you have to ask for forgiveness from the person you hurt. You have probably caused pain to someone who did nothing to deserve it, but you didn’t even apologize. Now, your conscience doesn’t let you sleep at night, and you will have dreams with such a meaning as long as you don’t do the right thing.

To dream of other people burning themselves on an iron
When you dream of someone else burning themselves on an iron, it is a sign that you will discover someone’s past sin. There is a chance that your loved one hiding something so important from you will hurt you. You will have a hard time forgiving them, even though the person in question probably stayed quiet to protect you.

To dream about hitting someone with an iron
Hitting someone with an iron in a dream symbolizes repressed rage and frustration. You have probably experienced some sort of humiliation, and you have a desire to take your revenge on someone for it. If that person doesn’t matter to you, why would the things they say about you make you angry? You know who you are and how much you are worth, so there is no need to stress yourself out by thinking about how other people see you.

The meanings of dreams can be a lot more trivial. If you have recently seen or used an iron, it has left an impression on you.

Definition of an iron

An iron is a house appliance used for straightening wrinkled clothes.