Dreaming of a Housekeeper– Meaning and Interpretation

Home » H » Dreaming of a Housekeeper– Meaning and Interpretation 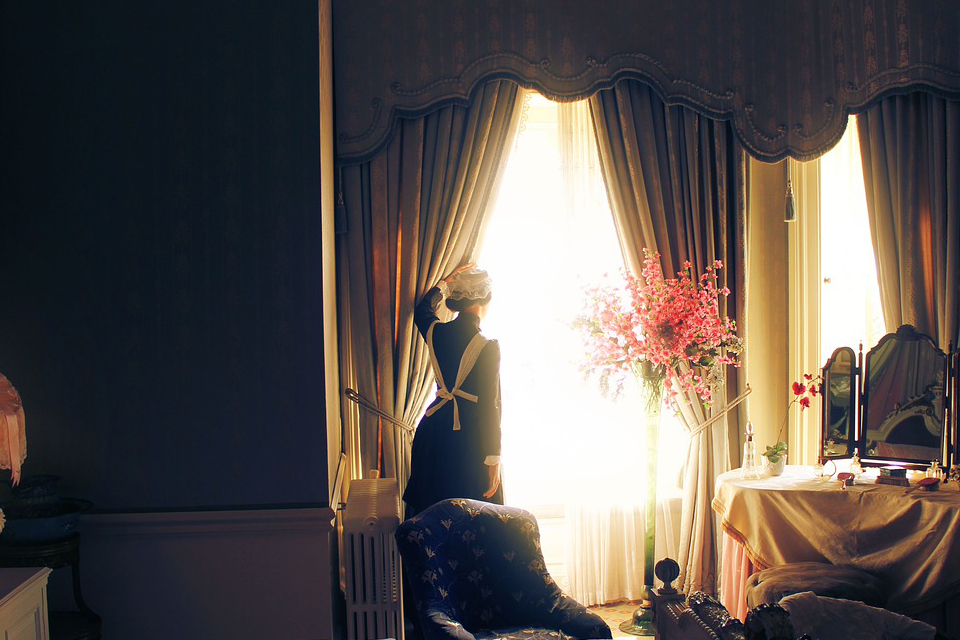 To dream of a housekeeper
If you see a housekeeper in a dream, that symbolizes conflicts. You will probably not be able to find a mutual language with your family members, no matter what you do, which is why arguments will be frequent in your home. Even though you have enough space and financial means, you will collectively be dissatisfied and not want to live in the community.

To be a housekeeper
Dreaming of being a housekeeper means that you will work a lot. There is a chance that you will need more money than usual in the following period, which is why you will find an additional source of income. You will be motivated since you will save for something that you care about, so you will manage to endure the struggles despite exhaustion and provide yourself with a deserved reward in the end.

To argue with a housekeeper
When you are dreaming of arguing with a housekeeper, it means that you are jealous. You are someone who wants to know what their partner is doing at every moment, and as soon as you start to believe that they are not telling you something, you make a scene. You are possessive by nature and like to be the center of attention, so you often don’t let others speak and honestly tell you what they think of your behavior.

To see others arguing with a housekeeper
If you dream of witnessing someone else arguing with a housekeeper, it means that you will try to persuade someone to change their opinion or decision in vain. You will believe that they are wrong and try to persuade them not to do what they have intended, but they will not listen to you. They will hurt themselves with their decisions or actions only, but you will not be able to do anything to change that.

To help your housekeeper
If you are dreaming of helping your housekeeper, it means that you want to change something in your life. You are currently in a phase when you don’t exactly know what you want or how to achieve it. You know that you can’t live like that anymore, but you are still gathering strength to start reforming your life. Start from small things that bother you, and then you can plan bigger moves.

To see others helping a housekeeper
A dream in which you see someone else helping a housekeeper is a sign that your consciousness is restless because you didn’t help someone when they asked you for a favor. You have probably had a chance to help someone recently, but you were too lazy to do it. Well, now is late for regrets. You will act differently next time, for sure.

To fight with a housekeeper
Fighting with a housekeeper in a dream means that you will regret buying something expensive since it will not fulfill your expectations. You have fallen for the persuasion coming from people that believe you got a great deal, but you will soon conclude that the item was not worth the money you have spent. You will try to resell it to get a portion of your money back at least, but that will be difficult to do. You should do more research before you go shopping next time.

To see others fighting with a housekeeper
When you dream of someone else fighting with a housekeeper or see two housekeepers fighting one another, that is a sign that you will try to fix the injustice in vain. You will have a chance to decide on someone’s faith with a group of people. They will make an unfavorable decision by voting, and you will try to stop that decision being put into action but get outnumbered, so you will not achieve anything. Your consciousness will be restless for a long time because you haven’t done more, but when you finally realize that your hands were tied, you will make peace with the whole situation.

To dream of a housekeeper stealing from you
If you are dreaming of a housekeeper stealing money, jewelry, or something of great material value from you, it means that you don’t trust people. You are a skeptic person that rather believes that someone is bad and then changes their mind if it turns out that you were wrong instead of giving people a chance to prove that they are good right away. You only talk to your family members and friends about your problems, secrets, and fears. It is good to be somewhat skeptical, but your gut has tricked you many times before, so you often judge an honest person without proof.

To dream of a housekeeper stealing from others
This dream means that you will try to get your loved one away from a manipulator in vain. Your friend or family member is in a relationship with someone who enjoys controlling people. They have your loved one so messed up that you don’t even know when they are saying what they actually mean and when that person is speaking through them. You are kind of annoyed with such behavior already, but it is not up to you to solve someone else’s problems or meddle in their life. They will realize that you are right with time, so show them that you love and support them until then.

To run away from a housekeeper
Running away from a housekeeper in a dream means that you are running away from obligations in the real world. You have been pushing big problems under the rug lately, hoping that someone else will solve them for you. However, you are wrong since you need to deal with some issues and tasks alone. It is time to stop putting your head in the sand and take responsibility for your life.

To dream of others running away from a housekeeper
If you are dreaming of other people running away from a housekeeper, it means that someone’s unprofessionalism will surprise you. You might get a new boss that is not capable of doing that job. All of it probably doesn’t interest them, and they don’t have the skills to manage the place but love giving orders and criticizing everyone around them. You will try to rebel against their decisions in vain. In the end, your superior is the one who decides how the boss will act, and you can’t do anything about it.

To chase a housekeeper
Dreaming of chasing a housekeeper is a sign that it is time to stop doing something that doesn’t bring you either financial or moral satisfaction. You have probably been working on one idea or project for a long time, but you are getting convinced that you will not achieve wanted results. Instead of giving up on it, you don’t want the time, money, and effort to go to waste, so you keep persuading yourself that success is still an option. You should turn to constructive things in life and let this be a lesson to you on how not to do certain things.

To see others chasing a housekeeper
This dream means that you will protect the underdog. That can happen at your workplace, in a shop, post office, pharmacy, or somewhere else. You will not want to watch someone get bullied or humiliated, so you will speak up. Your battle could bring positive changes at least shortly, but the society as a whole needs to do something if you want the change to be permanent.

To kill a housekeeper
Killing a housekeeper in a dream is a sign of self-destruction. You have been making decisions that bring you more harm than good lately. Your actions are weird and unclear to people that surround you, which makes them believe that you are doing some things on purpose. You might be going through a depressive phase now, so you should ask for a piece of advice from someone you trust or turn to help from a professional.

To see a dead housekeeper
To see a dead housekeeper in a dream means that you will lose someone who helped you a lot. That can be an older family member, an ex-work colleague, or an acquaintance. You have learned a lot from them, and the fact that you will not be able to count on their pieces of advice anymore will hurt you a lot. You will feel like someone knocked you off of your feet or left you in the jungle to find your way home.

To see a young housekeeper
Interpretations of this dream depend on the sex of a dreamer. If a man dreams of a young housekeeper, it means that he is not satisfied with his sex life. If you have been single for a while, that is normal and understandable. However, if you have a partner, then you should openly talk to them about your problems.

If a woman dreams of a young housekeeper. It means that she is jealous of another woman for no reason. Your partner might be spending a lot of time with his colleague or friend, so you believe that he is cheating on you. Don’t make a scene before you prove that you are right.

To see a naked housekeeper
A man that dreams of a naked housekeeper probably hides the fact that he would like to change some things in his sex life from his partner. You might have some desires, but you are afraid to admit it to your partner since you believe that she will judge you. If you are married or in a relationship for a long time, it means that she knows you well enough to know that you are not a pervert.

When a woman dreams of a naked housekeeper, it means that she will start to take more care of her appearance.

Meanings of dreams can be simpler. If you have recently seen a housekeeper, that has made an impression on you.

Definition of a housekeeper

A housekeeper is a person hired to clean houses.