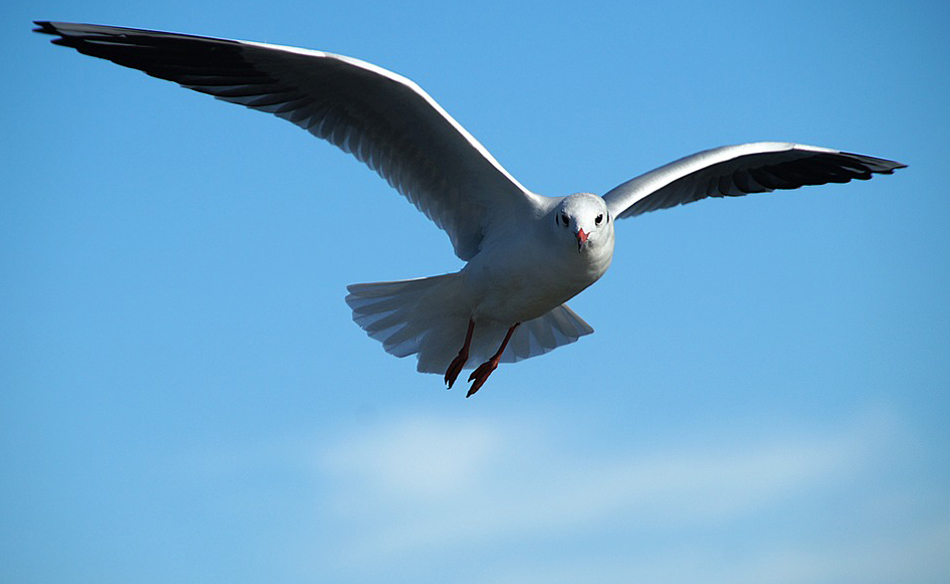 To dream of gulls
When a married person is dreaming of gulls, that symbolizes a breakup and tears. You and your partner will probably realize that the best thing for you is to separate. When you got married, you had the intention and goodwill to have them by your side forever, but you have started to distance from one another with time and realized that you don’t have the same wishes and plans for the future.

When a person in a relationship or someone single dreams of gulls, that symbolizes joy and love. You have probably spent the majority of your life waiting for the right person. You preferred studying, working, spending time with your friends, or doing something else that interests you more than wasting time on a relationship with someone who doesn’t meet your criteria. You will soon meet someone who will be the closest to your ideal partner and who will know how to appreciate all of your qualities.

To see a wounded gull
Dreaming of a wounded gull warns you to be careful. A loved one may break your heart with an unexpected confession that will cast doubt on every word and action that they have done so far. You should be blamed for that as well since you idolize them and believe that they can’t make a mistake.

To see a gull flying
If you see a gull flying in a dream, it means that you will get lucky. You will finally feel that things are getting better regarding both your business and private life, which will affect your physical and mental health positively. People from your surroundings will notice that you are glowing, and they will want to be around you, so you can transfer the good mood and positive energy on them.

To see a gull falling
If you see a gull falling, it means that you will fall in love with the wrong person. This applies especially to people who have been married or in a relationship for a long time. You will probably meet someone who will amaze you, and you will want to end the relationship you are currently in. However, even though that seems right to you, there is a chance that you’ll regret it. Because of that, you should wait for the ‘love rush’ to end to be able to see your crush realistically without ideals and twisted truth. Otherwise, you could seriously destroy your relationship with someone who truly loves you.

To see a gull carrying fish
This dream suggests bad news. If you are in a relationship or marriage, you will probably find out that your partner is cheating on you. However, check the validity of the information you heard before you make any radical moves. You are aware of the fact that you are surrounded by people who enjoy spreading gossips. Don’t let that jeopardize the relationship with your loved ones since all of it can be based on lies. Confront them with that information and have an honest conversation. Don’t react impulsively because then you will not know whether they are lying or telling the truth. The least you can do for your relationship is to put in an effort to make it last.

To hear a gull
When you hear a gull in a dream, it means that your friend or a loved one is not telling you something not to hurt you. You did it before as well and believed that you were right, so there is no reason to get mad at them. If you want to find out what they are keeping from you, be ready for the pain that the truth will bring.

To dream of a gull attacking you
If you are dreaming of a gull attacking you, it means that you have a problem that you don’t know how to solve. You will need some time to collect your thoughts after the initial shock, but you will overcome the crisis with your friends and family’s help. The most important thing is not to end up in depression and to get out of it as a winner. When you believe that everything in life is happening for a reason, the current situation will make a lot more sense as well.

To dream of a gull attacking others
Dreaming of a gull attacking someone else means that you won’t help a friend in trouble. They will ask you for advice, but you won’t know what to tell them since you have never been in a similar situation. It is important to let them know that you support them no matter what they decide to do.

To kill a gull
A dream in which you are killing a gull symbolizes worries and problems. You will enter a pretty bad period in life soon. You will feel helpless and depressed since you won’t manage to do everything you want. Bad relationships with your partner and family members are also pressuring you. It sometimes seems to you that you are in a vicious cycle that you can’t get out of. However, you won’t let worries break you but learn an important message from it since you are a mentally strong person.

To dream of someone else killing a gull
When you are dreaming of other people killing a gull, it means that one of your future decisions might bring you troubles. You will have a few options to choose from regarding college or work, but you will pick the worst one. If you make an effort, you will be able to get something good and useful for the future out of that situation.

To see a dead gull
A dead gull in a dream symbolizes your current mental state. You are pretty vulnerable, so you need to be careful when making decisions regarding your relationship or marriage. Don’t let emotions take you on the wrong path. You should listen to reason instead of emotions this time, but first, you need to confront yourself. Ask yourself what you want and expect, and if the person you are with doesn’t have the same wishes and wants, then there is no reason to stay with them.

Meanings of dreams can be simpler. If you have recently seen gulls, that has made an impression on you.

Definition of a gull

Gulls belong to see or river birds of the relatively long and thin beak.