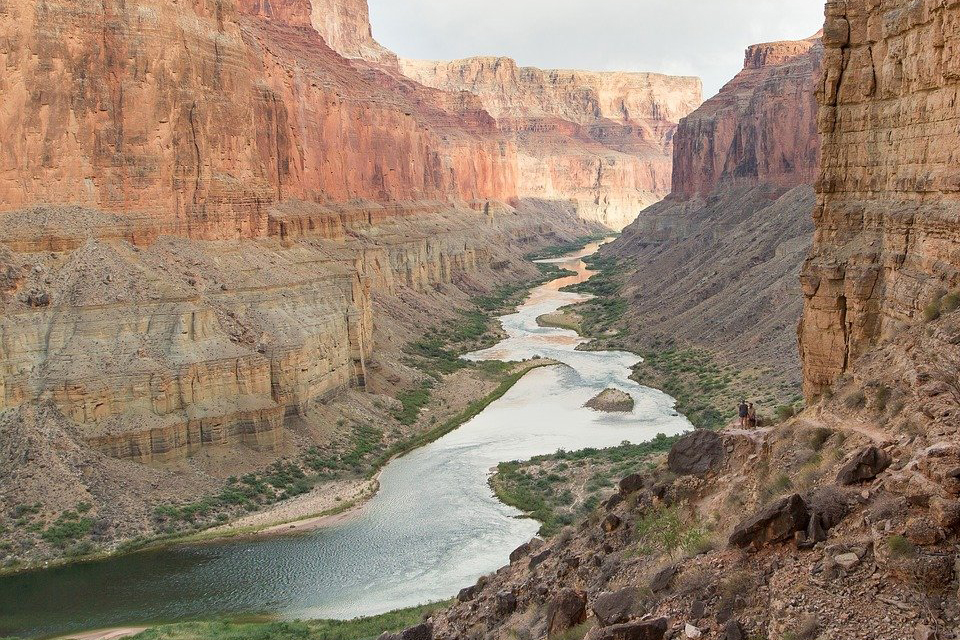 To dream of a gorge
If you see a gorge in a dream, it means that you will be in a bad company. You probably won’t think clearly but listen to what others are telling you and try to imitate them. You will not be yourself, and you will throw off the values that you stood up for in the past, pretending that they have never been a part of your personality.

To drive through a gorge
Dreaming of driving through a gorge means that you risk too much. You are someone who does everything the hard way because you believe that overcoming obstacles is the most exciting part of every success. You are proving to other people that you are capable and ready to fight until you prove that you are right by acting like that.

To get off a gorge
When you are dreaming of getting down from a gorge, it means that you will face yourself. There are many things that have marked your childhood and growing up, but you didn’t give them enough attention but postponed them with the intent to deal with them later. You will feel the need to perceive your life with all its ups and downs to carefully analyze everything and learn some lessons.

To climb up a gorge using a rope
If you are dreaming of climbing up a gorge using a rope, it means that there are no insurmountable obstacles for you. You are a persistent and brave person that doesn’t admit defeat. You are capable of doing whatever you need to achieve a goal once you have it. You have a strong competitor’s spirit, which can be a good thing when it comes to business but not as much when talking about relationships with other people.

To see others climbing a gorge with a rope
A dream in which you see other people trying to climb a gorge using a rope means that your loved one will scare you. You might get worried about their health, the lack of money, or problems in their love life. Considering that you will not be able to help them, it is important to be their moral support so that they would overcome everything that is happening to them more easily.

To get down a gorge using a rope
This dream suggests that you should be cautious. If you are not careful, you could face serious problems. Don’t get involved in businesses that are against the law or try to achieve something illegally. It is clear that you want to achieve something by using shortcuts, but you need to know that the path you have chosen is risky and wrong.

To see others getting down a gorge using a rope
If you are dreaming of watching someone else getting down a gorge using a rope, it means that you admire someone who possesses traits and skills that you don’t have. We are talking about someone who has a completely different personality than you. They possess great mental strength and courage, don’t have a problem to face challenges, and state their opinions even when that could cause controversies. You can learn a lot from them.

To fall down the gorge
Dreaming of falling down the gorge means that you are afraid of taking risks. You believe in a saying – he who doesn’t risk doesn’t make a profit, but you still like to play it safe. You sometimes wonder if your life would be better and more quality if you were different, but that doesn’t motivate you enough to start changing. People always tell you that you are just nibbling on life and that you will not achieve anything by acting like that, but you just can’t beat yourself and your personality.

To see others falling down a gorge
When you see someone else falling down a gorge, it means that you will witness an extremely unpleasant conversation between two people that you don’t know very well. The fact that you are present will not bother them to talk about one another badly. Their spoken words will shock you, but the worst of all will be that they will even try to get you involved in their story. You need to let them know that it is not the time and place for such conversations right away and that you are not even thinking about participating in them.

To drive off the gorge
This dream is a nightmare, actually, and you probably woke up after it drenched in sweat. However, it doesn’t have to have a negative meaning, necessarily. If you are dreaming of getting off the gorge with a car, that symbolizes new beginnings. You might get rid of bad habits or even bad people that were making your life miserable. You will finally be able to breathe after that.

To dream of a gorge covered in ice and snow
If you are dreaming of a gorge covered in ice and snow, it means that you are trying in vain to make someone like you. You might have a crush, but they don’t have the same feelings for you. On the other hand, you might want to draw the attention of your superiors or investors so that you would realize one of your projects more easily. Young people that have only recently met their partner’s parents and want to present themselves in the best light have these dreams often. The message is – be who you are, whether other people like it or not.

To photograph a gorge
Photographing a gorge in a dream means that you are someone who enjoys nice things. You admire esthetics more than the actual quality when it comes to both objects and people. You care about your partner being good-looking more than if they suit you as a person.

To paint a gorge
When you are dreaming of painting a gorge using watercolors or markers, it means that your partner will resent you for not being romantic at all. You are a practical person by nature, and you like combining pleasure and functionality. However, some romantic gestures would gladden the person that you love from time to time.

Meanings of dreams can be simpler. If you have recently seen or driven through a gorge, that has made an impression on you.

Definition of a gorge

A gorge or canyon is a type of river valley whose sides have a 45 degrees slope.