Gluing Something – Dream Meaning and Symbolism 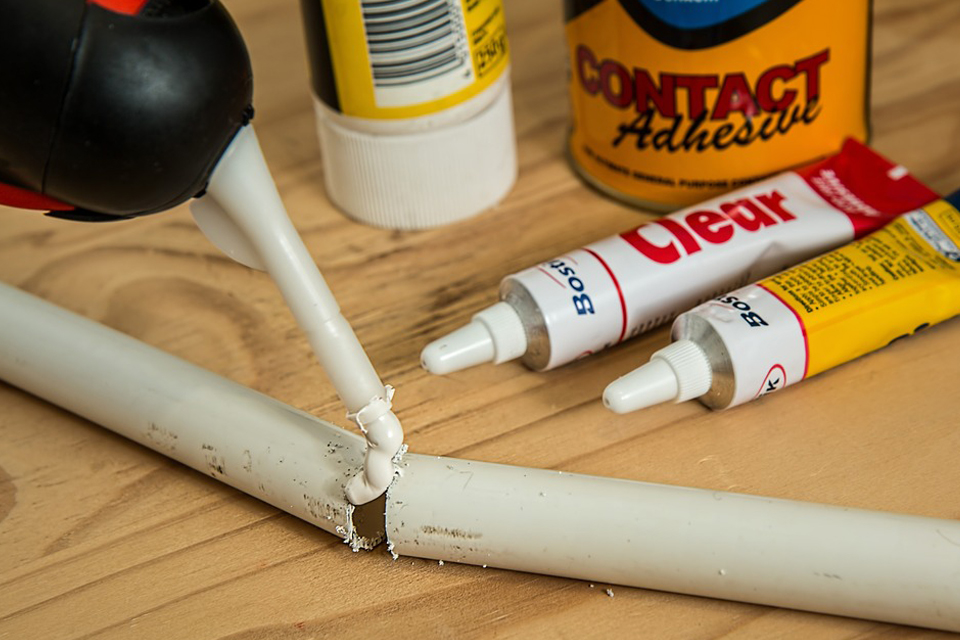 To dream of gluing something
If you are dreaming of gluing something, it means that your consciousness is restless. There is a chance that you have acted poorly toward someone, which is why you feel terrible now. Sometimes, you have demands that it is hard to fulfill, and you can’t realize that no one will act exactly the way you want, which is why you have to make an effort to build love, business relationships, or friendships.

To dream of unsticking something
Dreaming of unsticking something means that you are indecisive. You are someone capable of making the simplest decisions for hours, even though they might not even have a lot of influence on your life. When it comes to serious things, you get preoccupied with them for days and wait until the eleventh hour, which only makes you nervous and insecure.

To dream of gluing something over something else
When you are dreaming of gluing one item over the other, it means that you don’t keep your promises. You probably promise things that you would like but are not able to fulfill. Even though your intentions are good, people rarely take you seriously or trust you. You will try to fix the image that you have created about yourself, but you will also come across people that will be happy to remind you of your past mistakes.

To dream about other people gluing something over something else
A dream in which you see someone gluing one item over the other means that someone who will not keep the promise they have given to you will disappoint you. You will believe that that person didn’t even want to help you. That will ruin your relationship forever, but you will be responsible for that.

To dream of getting stuck to something
If you are dreaming of getting stuck to something, it symbolizes slander. There is a chance that some people will spread lies about you to ruin your reputation or get you in trouble at work. Your actions have given them enough material to work with, but you didn’t expect that they will be so ruthless. It is time to bury hatchets with some people to at least minimize the consequences of those stories as much as you can.

To dream of gluing someone to something
If you are dreaming of gluing someone to something, it means that you should watch out for what you are saying in the company of strangers. It is good to have opinions, but you have to know that only one misinterpreted word can bring you a lot of trouble, especially if you are talking about your boss or someone that can jeopardize your existence.

To dream of someone gluing you to something
This dream symbolizes the lack of freedom that you feel at the moment. That is probably the result of a stressful job, private obligations, or a bad relationship with your loved ones. You would like to do something for yourself, but many things are stopping you from it. Instead of fighting for yourself, you retreat and let other people decide about your destiny. It is time for changes so that you wouldn’t wake up as an unhappy and unfulfilled person one day.

To dream of gluing your fingers to something
If you are dreaming of gluing your fingers together, it means that you will not be able to stop something bad from happening to you in the future. Indeed, you are someone who always plans their moves and often successfully predicts possible problems, which helps you stop them from happening. However, you will not be able to predict something this time but have to deal with it on the go.

To dream of not being able to unstick something
If you are dreaming of unsuccessfully trying to unstick something that you glued before, it means that you should think about the consequences of your decisions more. You are used to making moves impulsively without thinking about the bad things that could happen. People from your surroundings probably point out that your risky behavior is bad all the time, but that doesn’t bother you. You will have to have a serious conversation with yourself about it. Ask yourself why you don’t care what will happen in the future.

Interpretations of these dreams can differ depending on the things you are gluing while dreaming.

To dream of gluing paper to something
A dream in which you are gluing paper to something means that an influential person could solve some of your problems. However, you are too polite and raised well to ask someone for a favor, just like that. You will choose the longer and more difficult path because of it and wait for someone to see you and decides to help.

To dream about other people gluing paper to something
When you dream of someone else gluing paper to something, it means that a person that you are not in a good relationship with might ask you for help. Their actions will surprise you at first, but then you will realize what problem that person has and decide not to turn them down. No one will guarantee that they will return the favor, but that will not matter to you.

To dream of gluing wood
Gluing wood to something in a dream means that you need support and protection in life. You are someone who looks for confirmation from other people for everything you do. The reason for it is the lack of self-confidence. You often ask other people for advice and act the way they tell you. It is so easy to make you do something that you don’t actually want to do because of it, which leaves a lot of space for manipulation and misuse of your trust.

To dream about other people gluing wood
If you see someone else gluing wood in a dream, it means that you are jealous of someone close to your loved one. You have noticed that your friend often spends time with someone else, which doesn’t make you happy because you are afraid that that person will take over your spot in their life. Such possessive behavior can only create a countereffect. It is time for changes.

To dream of gluing fabric
Gluing fabric to something in a dream means that you don’t want to get rid of things that you no longer need or people whose company you don’t enjoy. You know that many people don’t understand your way of thinking, but changes scare you. You can’t get used to new things so easily, which is why you stick to familiar things even if they harm you.

To dream of other people gluing fabric
If you see someone else gluing fabric to something in your dream, it means that your friend will not listen to your piece of advice, which will hurt you. You believe that you know how to help them better than themselves. However, if you stop to think about it better, you will realize that you don’t have the right to impose your opinions and attitudes on them. If you think of yourself as that person’s friend, you will accept their decision no matter what it is.

If a woman dreams of putting on false eyelashes, it means that she wants someone to like her. That doesn’t mean that she wants something more with that person, but she likes the attention of the opposite sex. That is why she always tries to look her best when being around some people.

To dream of other people putting on false eyelashes
A dream in which you see someone putting on false lashes means that you will change your opinion of someone. That person will probably show their true face finally, and you will not like it. You will realize that you have idolized them for too long and didn’t want to see their flaws.

To dream of gluing false mustaches on
Gluing false mustaches on your face in a dream means that you have the need to protect yourself from people that could hurt you. You have suffered because of others too many times in the past and don’t plan on going through it again. You don’t let anyone come close to or get to know you anymore because of it. The distance you keep when it comes to other people is only the defense mechanism that often stops you from truly enjoying life.

To dream about other people gluing false mustaches on
When you see someone else gluing false mustaches on their face in a dream, that is a sign that someone’s behavior confuses you. Someone from your surroundings shows signs that they like you sometimes. It seems to you that they want to come closer to you but can’t find the right way to do it. If you want the same, there is no reason not to make the first move. The worst thing that can happen is that they will reject you, but then you will know where you stand, at least.

To dream of gluing a false beard on
If you are dreaming of gluing a false beard on your face, it means that you are pretending to be someone you are not because of someone or something. You want that person to like you, which is why you act differently in their presence. You will be able to play that role until someone that knows you well doesn’t see through it, and then you will seem ridiculous in that person’s eyes.

To dream of other people gluing a false beard on
If you see someone else gluing a false beard on their face in a dream, it means that you will blow someone’s cover. You will figure out their true intentions and not let them hurt you or someone that you care about. You didn’t even know that you had the gift to read people, but it will be useful to you in the future.

Meanings of dreams can be more trivial. If you have recently glued something together, it has made an impression on you.

Definition of gluing something

The process of gluing something together actually means to stick pieces of the same or different materials together.