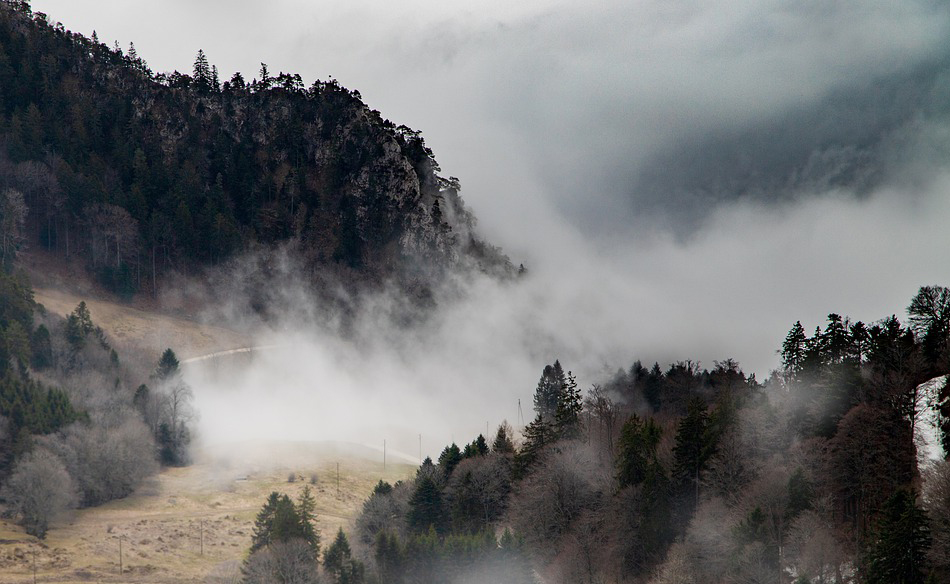 To dream of dense fog
If you see dense fog in a dream, it means that someone will sabotage you. There is a chance that you will not manage to stand up for yourself, which is why you will be forced to accept what other people impose on you. You will feel like you are not standing out and like your suggestions get rejected from the get-go without anyone thinking about their value.

To dream of light fog
Dreaming of light fog symbolizes a minor gain. You will probably start a business with the hope that you will build an empire that will bring you millions. However, you will soon get your head out of the clouds and see what things are actually like. You will start appreciating even the smallest successes and look forward to them since that is the only way to fulfill your dreams, at least partially.

To dream of fog rising
When fog is rising in your dream, it means that you will find out the truth. There is a chance that you will finally become aware of the fact that not all people that act like your friends have such intentions. Many masks will fall during your most difficult moments, while only the most honest ones, whose loyalty is visible through their actions, not words, will stay by your side.

To dream of fog rising above the water, river, or lake
Fog rising above a body of water in your dream symbolizes prosperity and success. You will soon enter a favorable phase of your life during which you will be successful at everything you do. Your business life will flourish, especially. You will finally get rid of financial problems and be able to relax.

To dream of fog rising above mountains
If you see fog covering parts of the mountains in your dream, it means that you shouldn’t push some problems under the rug because they will backfire on you sooner or later. You probably don’t deal with them because you believe that you have enough time to take care of them, but things could get complicated if you don’t do something about that soon.

To dream about fog blocking the sun
The scene in which the sun rays are peeping through dense fog doesn’t have a positive meaning in dreams, even though it is romantic. These dreams often symbolize insecurities or the fear of something unknown. There is a chance that you are worried about someone you care about, but you don’t know how to help that person.

To dream of fog covering the moon
If you see the moon peeping through the fog in a dream, that symbolizes unexpected arguments and problems. Something that you are taking for granted now could cause serious issues for you in the future. Watch out for the way you are treating your partner, close friends, or business partner because losing them could change your life from its core.

To dream of fog covering the woods
When you see fog covering the woods in a dream, it means that now is not the time for big and significant changes. You are not able and ready to face an important problem at the moment, which is why your decisions could be poorly made. Give yourself some time to think about everything you have gone through more clearly.

To dream of fog covering the bridge
A dream in which you see fog covering the bridge means that your spiritual and material world are not harmonious. There is a chance that you entirely dedicated your attention to building a career and making money, which is why you are neglecting your love life, friends, and family. Another possibility is that you are not excelling in your career or college because of love. Indeed, it is hard to find the balance between such significant aspects of your life, but you have to try, at least.

To dream of fog in your home
If you are dreaming of fog getting into your house or apartment in a way, it symbolizes family arguments or fights with your partner. It is necessary that you are honest with each other so that doubt wouldn’t creep up between you. Because of it, talk about the issues that bother you openly and insist on solving problems with conversations only.

To dream of driving through fog
If you are dreaming of driving through fog, it means that you are making decisions before analyzing the whole situation lately. You don’t want to look at the bigger picture of the issue you are dealing with or figure out what consequences your decisions could bring. This dream doesn’t have to be a warning only but also a piece of advice to ask for an opinion from someone regarding future projects. You would finish some tasks a lot more successfully if you have someone to help you.

To dream about walking in the fog
Walking through the town, village, or forest in the fog usually means that someone could take advantage of your good-heartedness or naivety. Be extra careful with people that have become a part of your life only recently. Don’t talk to them about your secrets, fears, and plans because they could use your trust against you. It is best to trust yourself only during this period.

To dream of running through the fog
Running through the fog in a dream is a sign that you are an ambitious person and that there is not much that can stop you from achieving your goals. You will do everything you can to get what you want and sacrifice a lot for it. However, you will not have anyone to celebrate your victory with, in the end, if you continue burning bridges behind you in the process.

To dream of getting lost in the fog
This dream symbolizes confusion. One event has probably thrown you off balance completely. You have been facing many troubles and unexpected situations, which is why you can’t see which path to take. There is a chance that the deceit or betrayal, coming from someone you have respected, put you into this situation. However, give yourself some time to recover and then start thinking about your future moves.

To dream of looking for someone in the fog
Looking for another person in the fog symbolizes your need for love and affection. You might be lonely or a bit anxious. If you have been single for a long time, that is totally normal. However, if you are lonely even when you are with your loved one, that is a sign that something is wrong in your marriage or relationship.

To dream of hiding in the fog
When you are dreaming of hiding from someone or something in the fog, it means that you are still not ready to face the negative consequences of your decisions. You are acting like everything is fine around other people so that no one would realize what you have actually done. Some of your actions have caused a lot of damage to your family or business relationships, and a lot of time will have to pass for everything to go back to normal. Because of it, admit to yourself and others that you have made a mistake and start working on fixing the problem.

To dream of seeing a familiar face in the fog
A dream in which you see someone you know coming out of the fog means that you could argue with that person in the future. The reason for it will seemingly be trivial, but it could start the whole avalanche of things for which you resent one another. Be careful not to say something in the heat of the moment that you could regret saying in the future.

To dream about a stranger in the fog
If you see a stranger coming out of the fog in your dream, it means that a mysterious person will enter your life. You will meet someone whose mysteriousness will fascinate you. You will want to know more about them fail at that intent.

To dream of a monster in the fog
If you have this kind of a nightmare, that symbolizes the fear of the future. There is a chance that you are going through some significant changes in your life and not dealing with them the best. You are also wondering if you have made the right decisions and what consequences you will have to deal with later. Your fear is expected but not justified. You are neglecting everything beautiful that is happening to you at the moment by being too negative.

The meanings of these dreams can differ depending on the color of fog, as well. The commonest one, both in dreams and real life, is white, which symbolizes minor obstacles that you will manage to solve successfully. If you see red fog in a dream, there is a chance that you will be the target of gossips. The rumors that someone will spread about you could affect both your business and private life negatively.

Blue fog in a dream symbolizes doubt. You will get the information that will make you wonder if you have blindly trusted someone. It is OK to be suspicious of something or someone from time to time, but if it has something to do with your loved one, that is a bad sign.

If you see green fog in a dream, it means that you are thinking about the future too much while not dedicating enough attention to what is happening to you in the present. People should have goals that they want to achieve, but that is not enough to live comfortably because no one else will deal with the obstacles that you will face on your path to success but you.

Purple fog in dreams is a sign that you long for luxury that other people enjoy. You desperately want to be a part of the high society and enjoy all the benefits that such a reputation entails. You have probably chosen the wrong way to fulfill that dream.

If you see black fog in a dream, that is not a good sign. It often symbolizes health issues with which the dreamer or someone close to that person will deal. Take care of your health and believe in a saying – better safe than sorry.

The meanings of dreams can be a lot more trivial. If you have recently seen thick or light fog, it has probably made an impression on you.

Fog is condensed water vapor in the atmosphere whose visibility is less than half a mile.