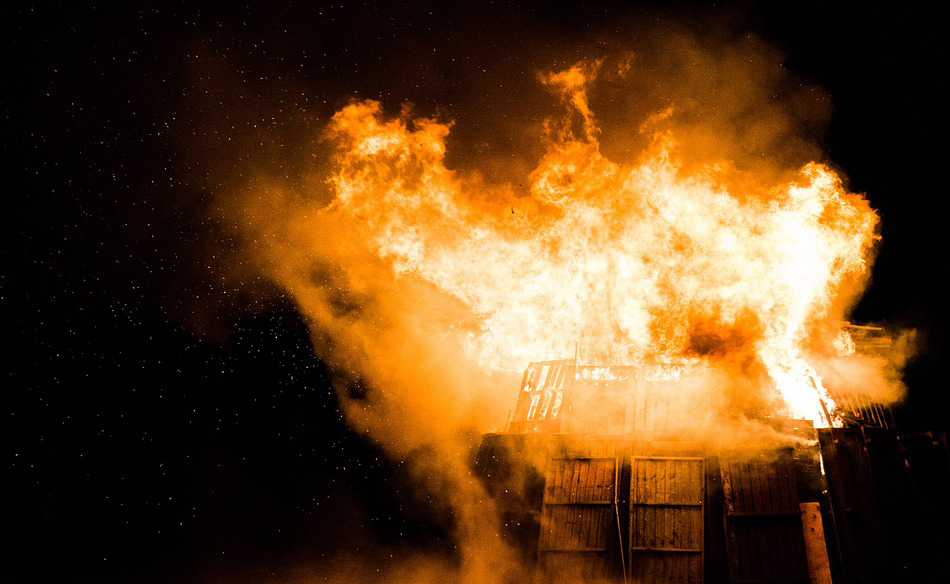 To dream of an explosion
If you see an explosion in a dream, it means that you will make progress. There is a chance that you have expected some sort of a shift in your business life, but things didn’t go the way you have imagined. When you least expect it, you will get an opportunity to show off everything you know. You will realize that it is a good thing that you didn’t lose hope and continued working on yourself.

To dream of hearing an explosion
When you hear an explosion in a dream, it means that you will hear important news in real life. We are probably talking about a trip that you have wanted to take for a long time. You have everything you need to go, but the most important thing regarding it is not up to you. As soon as you get an affirmative answer, you will start counting the minutes to leaving and fantasize about interesting places that you would like to visit.

To dream of causing an explosion
Dreaming of causing an explosion is a warning that you will regret some of your actions. You react impulsively in many situations and don’t think about the way you can hurt people from your surroundings. Even though you don’t show off your emotions, you have a hard time when other people suffer, especially if you are the cause of their pain.

To dream of seeing an explosion in the distance
Dreaming of watching a raging explosion from a safe distance can be a sign of your destructive behavior. You are your biggest enemy sometimes because you don’t know how to deal with stressful situations, even though everyone’s life is full of them. Instead of trying to fix what is bad, it seems like you are only making things worse.

This dream can symbolize injustice sometimes. Someone might accuse you of doing or saying something you didn’t, and many people could judge you for it.

To dream of hearing the sound of an explosion
If you hear the sound of an explosion but can’t see where it is coming from, that is not a good sign. It usually symbolizes the danger that one of your loved ones is in. That can be a family member, friend, or a partner that will have an accident or end up in trouble. All of it doesn’t have to end tragically, but you will be extremely worried about your loved one because of one event.

To dream about an explosion scaring you
If you dream about an explosion scaring you, that is a completely normal reaction. This dream symbolizes justified fear for the health of your loved ones. One of your friends might have admitted to you that they have a problem, and that story made an impression on you. However, no matter what the problem is, it is perfectly normal to be afraid, but you can’t let fear paralyze you.

To dream of staying calm during an explosion
A dream in which you see or hear an explosion but stay calm or fearless means that the problems people are coming to you with will not affect you. You are a very collected and calm person, and you never panic because you know that acting like that will not help you in any way. Because of it, you seem immune to other people’s misfortune and misery sometimes, even though that is far from the truth. Even though you can sympathize with their problems, you believe that it is easier to solve them when you stay cool-headed.

To dream of being hurt in the face during an explosion
This dream means that your reputation in society will be damaged because of the gossips that people are spreading about you. You have caused that with your actions or decisions, but all of it has gone too far because you hear more lies about yourself than the truth daily. Even though it is not easy to watch someone destroying your name, the worst you can do in that situation is to go around and deny everything people are saying about you or prove that you are right. Let all of it die down and make sure that stress doesn’t jeopardize your mental and physical health.

Another meaning of this dream is that someone will accuse you of cheating or committing fraud. Your partner might blame you for being with someone else, or you will commit financial fraud, which is why the whole public will know your name.

To dream of going deaf because of an explosion
If you are dreaming of getting deaf because of an explosion, it means that you will solve a problem you are dealing with alone in the way you believe is the best, without paying attention to opinions and pieces of advice coming from other people. You will realize that you have thought and acted the way other people say for too long, which is why you will decide to act differently this time, aware of the risk and consequences such a decision could have on you.

To dream of hurting your hands in the explosion
When you are dreaming of injuring your arms or hands in the explosion, that symbolizes upcoming financial or business problems. There is a chance that you have invested a lot of time, effort, and money into something that will not bring expected results. On the other hand, the company you work for might face losses, which is why your boss will decrease your salary. Start putting some money aside because of that to survive this difficult time more easily.

To dream about hurting your legs in the explosion
If you are dreaming about your legs getting injured in the explosion, it means that numerous obstacles and challenges are expecting you. You have a clear goal and a good plan, but there are some things that you couldn’t predict, which is why you will have to deal with them on the go. You can’t let every problem discourages you. If you continue to be patient and persistent, you will achieve everything you have wanted.

To dream of being trapped in an explosion
When you are dreaming of ending up in an explosion and being surrounded by fire, it means that you will have an extremely passionate relationship. You will often argue and make peace with your loved one, but you will never miss the passion. Even though other people will tell you that it is not healthy to be in such a relationship, you will not listen to them because you will believe that your life doesn’t make sense if you are not with that person. Such relationships can last a lot longer than those in which people don’t argue at all. If you are satisfied with such an arrangement, then there is no point in listening to other people’s pieces of advice, no matter how good-hearted they are.

To dream of saving someone from an explosion
If you are dreaming of saving someone from an explosion, it means that you will be involved in a heated argument. You will end up in the wrong place at the wrong time and let other people drag you into their conflict. You will not know what to do or how to react to so many nasty words they will exchange, which is why you will be at a loss for words.

To dream of someone saving you from an explosion
This dream can have multiple meanings. If a person you know in real life saves you from an explosion, that is a sign that you owe them something. They might have done you a favor, but you didn’t repay them for it in any way. If a stranger helps you get out of the explosion, it means that someone you don’t even know will help you with one problem.

To dream of your home getting destroyed in an explosion
A dream in which you see your house or apartment in flames because of an explosion symbolizes repressed anger for someone you are close with. That person probably offended or hurt you, and you can’t forgive them or forget about it. However, you have to know that life is too short for such things. Find a way to deal with that and let that person atones their sins.

Also, this dream can mean that you are self-destructive and that you are jeopardizing your job, existence, or relationships with other people, thanks to your behavior.

To dream about ruins left after an explosion
Ruins left after an explosion in a dream are not a good sign. They can symbolize financial problems in the near future. You probably know that your whims exceed your possibilities and that you will not be able to avoid bankruptcy if you continue acting like that. You have to cut down on expenses and manage the money you have better since that is the only way to avoid ending up in a financial crisis.

To dream of the smoke after the explosion
If you see smoke caused by the explosion, that symbolizes mistakes or oversights that could cost you a lot. If you don’t continue to be focused on what you are doing, you will probably make a big mistake whose fixing will take a while and stress you out a lot. Leave personal problems at home when you are going to work and vice versa.

To dream of an atomic bomb exploding
If you see an atomic bomb exploding in a dream, it means that you will hear important news in the near future. Something could change the course of your life. On the other hand, the dream can symbolize something you will hear about your friend that will surprise you and make you change your opinion of them. These dreams rarely symbolize an end of a relationship or marriage.

To dream of being the victim of an atomic bomb exploding
When you are dreaming of getting hurt by staying alive after an atomic bomb explodes, that is a good sign. This dream often symbolizes happiness and many great opportunities that will come soon and improve the quality of your life.

To dream about the eruption of a volcano
An explosion or eruption of a volcano in a dream can have multiple meanings, as well. It can suggest that you will not ask someone to pay you back the money they owe you, or that your loved one will make you mad. However, the meaning of a volcano eruption in a dream is usually the powerlessness to control some situations in your life. You are used to solving your and everyone else’s problems. However, there will be a moment when you will face something that you can’t control at all. It is best to let time do its thing in such situations.

The meanings of dreams can be more trivial. If you have recently seen or heard an explosion, that has made a strong impression on you.

Definition of an explosion