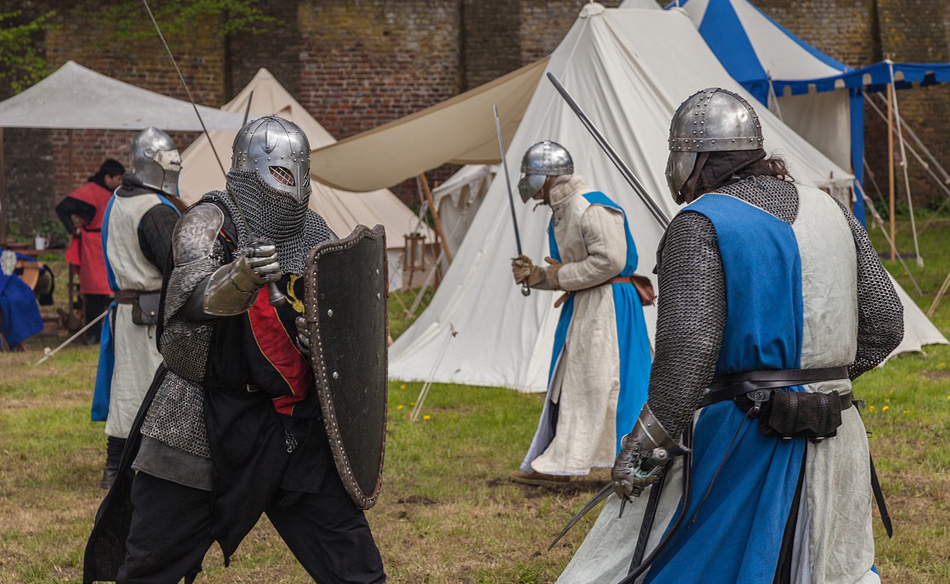 Dreams about a duel are not as common as in the past when this method of solving conflicts was a lot more present than now. Interpretations of these dreams depend on the context in which they occur and details or feelings that follow them. You can feel worried, fear, anxiety, but rarely relief or joy when having them.

To see a duel
If you are dreaming of watching a duel, that is a warning that you will be in danger. You are a principled person who always fights for the things you believe are right. You might try to help a friend soon because you believe that others have accused them of something they didn’t do. You will face the consequences because of it since other people will not like your intent to discover the truth.

To participate in a duel
When you are dreaming of participating in a duel, that symbolizes strife between friends. The cause of that will probably be a relationship between your friend and someone you haven’t gotten over yet. That will be hard on you since you didn’t expect such a betrayal from them. You will decide that it would be best to cut every contact with them.

To be the cause of a duel
Dreaming of causing a duel means that you feel guilty for something. You were probably in a relationship with someone who gave love and attention to you, but you didn’t appreciate it enough. You believed that you deserve better, and you trusted other people more than them. When that person decided to stop putting up with such behavior, you realized what you lost, so you started to appreciate their qualities more.

To challenge someone to a duel
If you are dreaming of challenging someone that you know to a duel, it means that you are in danger. Someone will try to ruin your business plans or your relationship with a partner or family member. You are successful in many things at the moment, so many people envy you. You will have a hard time finding out who that person is, so you need to be careful all the time. Luckily, after you figure out where the danger is coming from, you will deal with it easily.

If you dream of challenging a complete stranger to a duel, that symbolizes shame. A family member or someone close to you will embarrass you. They will reveal the secret you have been hiding for a long time to a large group of people. That could truly jeopardize your relationship.

To dream of someone challenging you to a duel
A dream in which someone you know challenges you to a duel implies that you can’t control your negative feelings. When someone pisses you off or offends you, you react pretty violently. You say the things you don’t mean impulsively, and then you are sorry for it. You need to try to stop such behavior. Even though it will not be easy, you need to shift your negative energy on other things, which will make your communication with other people a lot simpler.

If a stranger challenges you to a duel, it means that you are too stubborn. You have firm attitudes and opinions about many things, and you don’t let other people persuade you into something else. You rarely listen to advice, and you don’t want to admit when you are wrong. You should change that nasty habit since it will not bring you anything good.

To be a judge in a duel
This dream symbolizes jealousy. It might seem to you that your partner is too close to one of your friends. They have a lot in common, and they like spending time together even when you are not around. Even though you trust them, and you know that your friend is not the type of person your partner would be with, you feel the pang of doubt sometimes. You believe that you are just jealous and that you don’t have a reason to worry about it.

To get wounded in a duel
If you are dreaming of getting wounded or hurt in a duel, it means that someone hurt you. You probably concluded that your partner doesn’t love you as before since they don’t show affection to you anymore. That could be a temporary phase, or they have a lot of worries on their mind. Try to talk to them about it so that you come up with the solution together. However, if you realize that they don’t want to talk about it with you, don’t insist but wait for them to come to you. If the situation lasts longer, it is time for action.

To hurt someone in a duel
This dream is the result of the events in the real world. You have probably offended a loved one, and you don’t know how to show them that you are sorry. It seems to you that nothing will be good enough, so you are not doing anything. You chose the worst moment for it. Show that you care about them and make sure to get forgiveness.

To win in a duel
If you are dreaming of defeating an opponent in a duel, that symbolizes a difficult path to success. You have clear goals and a plan on how to achieve them, and you are going for them courageously. However, get ready for many obstacles, failures, and disappointments because they are a part of life. Don’t let one failure ruin your motivation or make you lose the will to fight.

To lose in a duel
When you are dreaming of losing in a duel, that is a warning not to judge people before you get to know them. You are capable of criticizing everyone who is doing something wrong, in your opinion. However, you are not even trying to put yourself in their shoes and understand them. The prejudice you have will cost you many interesting acquaintanceships and friendships.

To back down from a duel
If you are dreaming of backing down from a pre-arranged duel, that doesn’t mean that you are a coward, but someone who is ready to forgive everyone for their mistakes. You are someone who avoids conflicts and doesn’t think of forgiveness as of weakness. You don’t like arguing, and you find that necessary only in rare situations. Your friends respect you because of these traits, while your enemies see you as someone weak. However, you have proven many times in life that you are a lot stronger than other people think.

To dream of your opponent backing down from a duel
This dream symbolizes relief. You will solve a problem that has been torturing you for a long time. You will have a lot of help and support from family and friends, so it will be a lot easier than you thought. Someone you would never expect it from may help you as well.

Meanings of dreams can be simpler. If you have recently seen a movie in which is a duel scene, that has made an impression on you.

Definition of a duel

A duel is a pre-arranged fight between two sides, in which each of them has a weapon and witnesses. It arises because of the inflicted insults.