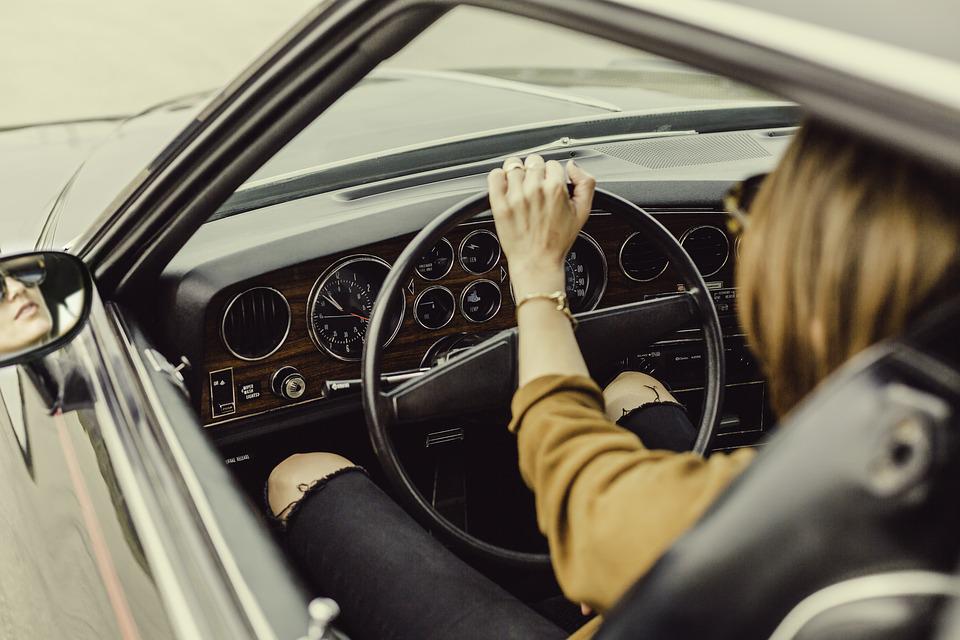 To dream of a chauffeur or driver
If you see a chauffeur or driver in a dream, it means that you are one step away from achieving your goal. We are probably talking about the fulfillment of your long-term wish in which you have invested a lot of time, effort, and hard work. Luckily, you don’t lack motivation, and you have always faced and battled challenges successfully. Thanks to that, as well as great patience, you will soon enjoy the fruits of your labor.

To dream about hiring a driver
When you dream about hiring a driver, it means that you are an ambitious person. There is nothing bad in making an effort to achieve your dreams, working on yourself, and often refusing compromises, but burning many bridges in the process will not bring you anything good. You will not have anyone to celebrate success with once you achieve it if you continue acting that way.

To dream of firing a chauffeur
If you dream of firing a chauffeur, it means it is time to become independent. You are used to letting your parents, close friends, or partner make all the big and important life decisions for you. That works well for you because you don’t have to take responsibility for anything. However, you are old and mature enough to start thinking about what future you want and ask yourself if it is wise to let other people impose their opinions, ideas, and plans on you your whole life.

To dream about talking to a driver
Talking to a driver in a dream means that you could meet a very interesting person soon. We are talking about someone you can learn a lot from. You will make sure to spend more time in that person’s company because of it, and you might even fall in love with them if they are of the opposite sex, but your feelings will not get reciprocated.

To dream of arguing with a driver
Arguing with a driver in a dream means that you often stand up to people you depend on for no reason. It used to be your parents, and now you are acting that way toward your superiors or bosses. If you have constructive criticism, you can always say it, but you need not act as a rebel because that will not pay off for you in the long run.

To dream of offending a chauffeur
If you dream of offending a chauffeur, it means that someone’s behavior toward you will shock you. You will have a chance to talk about your successes and achievements with a group of people, but someone will harshly get your head out of the clouds at some point and show you that you are not anything special and that you will not get anything by bragging about what you have.

To dream of a driver offending you
When you dream of a driver offending you, it means that you will stand up to someone’s arrogance. You will witness one person bullying other people just because their social status is higher than other people’s or they have more money than ordinary people. Considering that you can’t stand injustice, you will not be able to stay quiet this time either.

To dream of chasing a driver
Chasing a driver in a dream symbolizes an accident. You might be late for an important meeting or date. Anyhow, you will be uncomfortable because of it and try to get out of that situation by lying, but your excuses could create a countereffect, which is why it would be best to tell the truth.

To dream of running away from a chauffeur
Running away from a chauffeur in a dream means that you are a conformist. You never state your opinions publicly but solidify with the majority’s opinion, depending on the company you are in at the moment. What’s more, those people’s beliefs often disagree with yours, but you are happy to look past that if you believe it can bring you something good. Other people might like you at some point, but you will not like what you have turned into.

To dream of a driver attacking you
If you dream of a driver verbally or physically attacking you, it means that you will be the target of someone’s frustration. One person will take out their dissatisfaction or rage on you. The worst you can do at that moment is to start an argument. It would be better to let that person express themselves, and then explain that you are not the tree they should bark at.

To dream about attacking a chauffeur
Attacking a chauffeur in a dream means that you have to channel negative energy better. You can’t hide your emotions whether they are positive or negative. However, you ruin other people’s moods with your frustrations sometimes, which is not nice or fair. You have to deal with your dilemmas and try to get rid of them to live better and be more relaxed.

To dream of a driver hitting you
If you dream of a driver hitting you, it means that you will end up in an inconvenient situation. Your boss might fire your colleague and offer their job to you. You will want to accept the offer because it has its perks, but your conscience will be guilty because you have got such an opportunity at the expense of your colleague’s livelihood.

To dream about hitting a driver
Hitting a driver in a dream means that you will make a bad decision. You will not think things through but be impulsive. You will feel the consequences of your actions only later and regret not being wiser or asking for advice from someone regarding your issue.

To dream of a dead driver
When you see a dead driver in a dream, it means that one of your plans will fail. You have probably been thinking about traveling somewhere or visiting a loved one who doesn’t live in your city for a long time, but objective circumstances will stop you from actualizing your plan. You need not despair because a new opportunity will emerge even before you think.

To dream about drinking with a chauffeur
Drinking with a chauffeur in a dream is not a good sign, unfortunately. Such dreams suggest that you will suffer because of someone else’s irresponsible behavior. You might work on one project with a team of people, and while you will make sure to finish your assignments, they will find excuses not to do anything. All of you will face criticism and punishment in the end.

To dream of singing with a driver
Singing with a driver in a dream means that you will experience something positive in the future. Your loved one might throw you a surprise, or you will encounter someone you like for a long time in an unexpected place. That person might even ask you out, and you will start communicating regularly.

To dream of dancing with a chauffeur
Dancing with a chauffeur in a dream means that you worry about your social status too much. You care about what other people think of you a lot. You make an effort that you don’t do anything that could make them criticize you, but you are starting to lose your identity because of it.

To dream of kissing a driver
Kissing a driver in a dream can symbolize a secret relationship. You might have an affair with someone who already has a partner or that person is much younger or older than you. You will not talk about it even with your loved ones.

To dream of getting married to a chauffeur
If an unmarried woman dreams of getting married to a chauffeur, it means that she needs a change. You have probably fallen into a boring rut, and every day is the same for you. Nothing significant will happen if you continue spending every night in front of the TV. If a married woman dreams of marrying a chauffeur, it suggests that she will be away from her family because of work.

To dream of being a taxi driver
If you are a taxi driver in a dream, it means that you will have to satisfy yourself with what you have when it comes to your professional and personal life.

The meanings of dreams can be a lot more trivial. If you have recently seen a chauffeur or driver or talked to that person, it has left an impression on you. If you or someone you know works as a driver, you need not interpret the dream.

Definition of a chauffeur

A chauffeur is a driver of a vehicle.