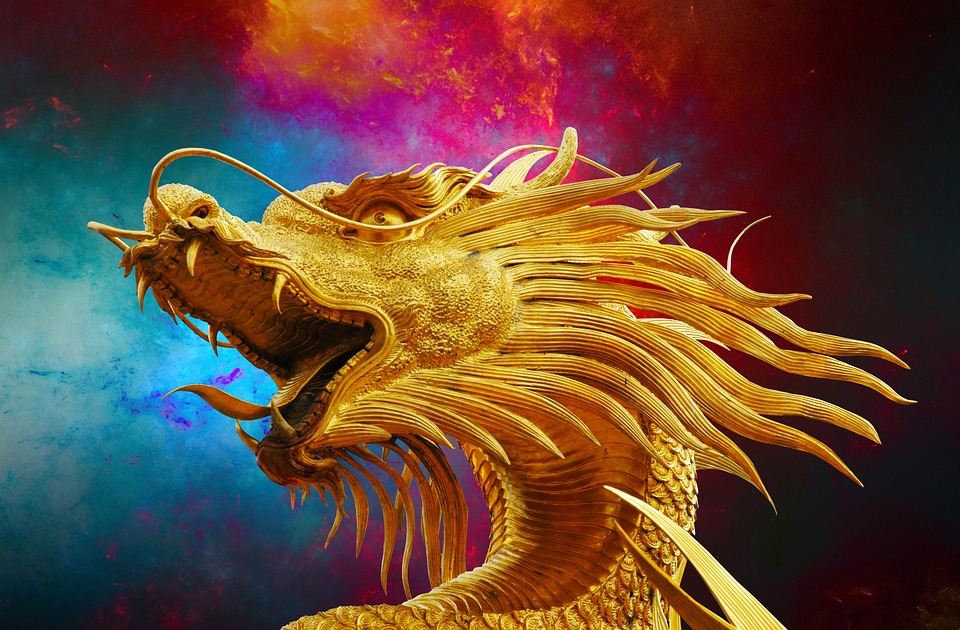 Dreams of dragons are more common among younger and religious than older people. They are considered to be rare dreams. They are usually followed by feelings of fear, discomfort, excitement and satisfaction, based on the context in which they occur.

To dream of a dragon
To see a dragon in a dream means that you are worried because of mistakes you have made at work. It is possible that you’ve had personal problems which caused you to be less concentrated on your work place. Your superiors will not be understanding, so they will expect and demand from you to always be on top of your game. If you work at the register or you are responsible for money on some other way, they will probably ask you to make up for the loss that appeared during your watch. That will be an unexpected blow for you, since you are in a difficult financial situation for a while. That decision will stress you out a lot, so you will be forced to search for another source of income in order to cover all the costs.

Dreaming of a dragon spitting fire
When you dream of a dragon that is spitting fire at you it means that you will have an argument with a loved one. You will have a disagreement with someone you love a lot. That will lead to an argument which will seriously threaten to jeopardize the relationship you have had earlier. Accusations you will say to each other will be very serious and strong. You will be surprised by the number of things that person has kept from you. You will also find out from other people that you were a topic of many gossips. You will be really hurt after an argument, so it is possible that you will decide to cut the communication with them for some time.

To run away from a dragon
Dreaming of running away from a dragon means that you want to run away from a problem that you have been sweeping under the rug for a long time. You don’t want to face with the situation, since it includes someone close to you. You are afraid of their reaction and how that could affect your current relationship. It is possible that you will soon be able to solve that problem. It won’t be pleasant, but you will be aware that your duty and obligation is to do so.

Dreaming of being a dragon
Dreaming of being a dragon implies that someone is gossiping about you. It is possible that you will be unwanted at your job or in family because you will propose changes that you think could bring improvements. You will realize that people like to complain of their faith more than taking things into their own hands and doing something useful.

Dreaming of other people running away from a dragon
If you dream of other people who are running away from a dragon, it means that you will be in an uncomfortable situation because you will embarrass yourself. It is possible that you will have an argument with a colleague, acquittance or a supervisor which will not be as constructive as you’ve wanted it to be. You will have to try not to say everything you think, because you are aware that it wouldn’t bring you anything good.

If you can’t see a dragon in a dream, but you feel its presence that usually means that you are trying to hide your problems from other people in real life. You don’t want people from your surroundings to see your weaknesses, so you hide when you are in trouble, because you don’t want to worry the ones you love or give your enemies a reason to use something against you.

Dreaming of a dragon trying to eat you
This dream symbolizes loneliness. It is possible that you have purposely or subconsciously been avoiding your company in the previous period. That felt good at the beginning, but it is time to start communicating with people who are not your family members or colleagues from work. You lack fun and excitement in your life.

To kill a dragon
If you are dreaming of killing a dragon, it means that problems which are piling up will slowly start to solve themselves. You will manage to control stress that has appeared as a result of your worries by setting your priorities straight. You will finally decide to organize your life the way you want it to be, without your partner’s, family or friend’s pressure. You will decide to take matters into your own hands and you will stop blindly following advices from people around you. It is possible that you will even change a job. Those who are unemployed will get an offer that will be worth accepting.

Dreaming of other people killing a dragon
If you dream of other people killing a dragon, it means that someone will finally appear in your life who will take a role of your protector. If you have been taking care of everything until now, you will receive help in a form of someone who you trust and who knows what they are doing. That will save you from many inconveniences and give you some time and space to think of yourself a little bit, instead of thinking about others all the time.

To talk to a dragon
A dream in which you are talking to a dragon means that you are hiding feelings from someone. It is possible that you are secretly in love with someone, but you don’t want to admit it to a loved one out of fear. On the other hand, someone in that relationship is taken, which causes a moral dilemma as well. It will be a challenge to decide if you should listen to your heart or reason.

To kiss a dragon
Any kind of an intimate relationship with a dragon in a dream symbolizes a feeling that someone you love doesn’t give you enough attention. If you are in a relationship that is not formalized in any way or is even a secret, a dream can be interpreted as your desire to get out of that kind of relationship because it doesn’t satisfy your needs. Your subconsciousness is telling you that you deserve someone who will love and respect you more, but you are afraid of losing what you have. However, keep in mind that a bad love relationship can be fatal for other aspects of your life as well.

To hear dragon’s cries
When you hear sounds that remind you of dragon’s cries in a dream it means that you are worried because of unpaid debts. Bad financial situation has been worrying you for a long time, while your obligations are piling up. You are not sure how to deal with the situation in the easiest way, so you will decide to use unpopular methods like taking a loan under bad conditions. Even though that seems like the best solution at the moment, think carefully of your next step, because it will determine everything else.

This dream can also have another meaning. It is possible that someone owes you money, but they are not able to give it back to you. No matter how understanding of them you are, you will have to ask them to pay their debts because you are in a bad situation as well.

Children dreaming of dragons
This is a very common dream among kids, since they watch cartoons and movies about dragons and other monsters all the time. However, if that is not the case, this dream can be interpreted as some sort of a problem or worry that your child has, but they can’t find a way to explain it to you.

If you have watched movies about dragons before going to bed, this dream shouldn’t be interpreted because your subconsciousness is processing everything you saw.

Definition of a dragon

Dragons are mythical beings that possess incredible strength. They are very ravenous.

One thought on “Dragon – What Does It Mean to Dream of Dragons?”