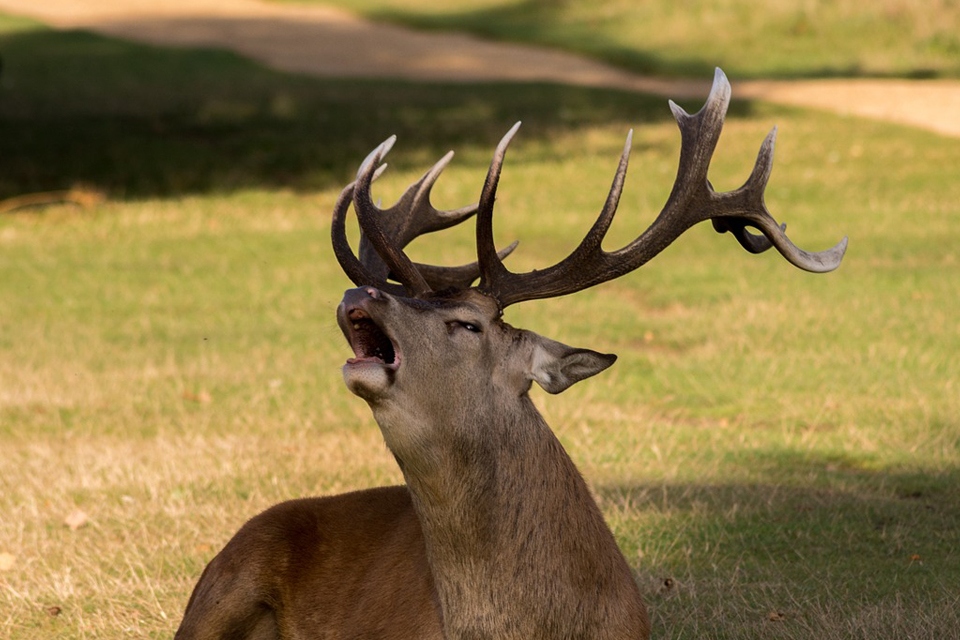 To dream of deer antlers
If you see deer antlers in a dream, it means that your happiness will be short-lived. There is a chance that you do something that will make you rich overnight, but everything will get back to normal the same way. You will notice a big change in people from your surroundings since many of them will be good to you while you have money, but as soon as it disappears, they will become unpleasant as before. You will get used to the new living conditions quickly, so you will have a hard time agreeing to anything below that level. You will realize that a saying -easy come, easy go is completely true.

To dream of deer antlers falling off
Dreaming of deer antlers falling off is a warning that someone wants to hurt you. There are some people among your associates that think of you as of competition, so they will do anything to show you in the worst possible light. Even though you have tried to get closer to them and become a team, you will come across rejection and the lack of desire for changes. You will not be able to realize any of the ideas that you had in mind, so there is a chance that they will succeed in their intent and that you will quit in the end.

To have deer antlers
When you are dreaming of having deer antlers, it means that you are too naïve. You always try to see only good in people, and you never do something that you wouldn’t want other people to do to you. However, you are often a victim of manipulation and misuse because of your kindness. No matter how hard you try to help everyone, you can rarely count on anyone returning the favor. You don’t want to change because of it, but you often feel negative consequences of your personality that other people don’t appreciate.

To see deer antlers on others
If you see someone else with deer antlers in your dream, that symbolizes an argument. You will enter a conflict with someone as stubborn as you are, so no one will want to let it go. The problem is if the other side is your family member or a partner, considering that you are sharing your living space with them and that you should agree on most things in the end. However, you don’t care about that, and you would rather risk being childish or ridiculous than letting the other side believe that they have won.

To buy deer antlers
Dreaming of buying deer antlers means that you are ruthless. You are someone who knows what they want in any moment, and you are not afraid to achieve it. You have your plans and goals, and you are using methods or tactics that other people are not fond of, but they bring results. While your business associates and bosses see you as a capable and skillful person, your colleagues, friends, and acquaintances believe that ambition has fogged your mind. You like to believe that the first group of people is right, while you don’t pay attention to other comments or people that are saying them.

To sell deer antlers
Selling deer antlers in a dream means that you will profit off of other people’s misery. The job that you currently do is probably not really humane, but you have gotten used to it over time. However, many people are disgusted with your behavior, and they judge the system of values that you advertise with your job. Because of it, you need to keep explaining that you are not doing it because you like it, but because you are not in the position to choose.

To receive deer antlers as a gift
If you are dreaming of someone giving you deer antlers as a gift, that symbolizes disappointment. There is a chance that a raise that your boss has promised you will be symbolic, which automatically means that it will be a lot smaller than you have expected. Also, this disappointment can be related to the birthday gift that you will kindly thank someone for and decide, right away, to pass it along with the first chance you get.

To bestow deer antlers to someone
If you are dreaming of bestowing deer antlers to someone, it means that you believe that you respect some people a lot more than they respect you. You are trying to show that you are well-raised, and you don’t react to insults, criticism, and mean comments, but that doesn’t mean that they don’t bother you. They might be coming from your parents, spouse, boyfriend, or girlfriend, so you don’t want to argue over it, but it is just a matter of time when you will put everything else aside and tell everything that you mean to their face.

To find deer antlers
Finding deer antlers in a dream symbolizes happiness. Many beautiful things will happen to you soon. You will realize that patience, effort, and hard work pay off, which will motivate you, even more, to continue working and fighting stronger than ever.

To steal deer antlers
Stealing deer antlers in a dream symbolizes some reckless decisions. There is a chance that you have recently done something that you are not proud of. You have harmed someone else with it, so you need to make sure to fix it now. You will have to put your ego and pride aside so that you would do the right thing.

To cut deer’s antlers
This dream symbolizes your decision to show your enemies their place. You are facing attacks coming from all sides lately, and you are only looking for a way to defend yourself, which is stopping you from dedicating your attention to the realization of your plans. Because of that, you will decide to show everyone who you are in the best and cruelest way so that they realize that they can’t play games with you.

To see others cutting deer’s antlers
If you see someone else cutting a deer’s antlers, it means that you will witness great injustice. You will be in a situation where you will have to decide on someone’s destiny with a large group of people. You will make an extremely unfavorable decision for that person by voting, and no matter what you try to do, you will not succeed in rebutting it. Your consciousness will be restless for a long time, even though you have done everything to stop the unfavorable development of events. Your opinion of some people will change drastically after this.

Meanings of dreams can be simpler. If you have recently seen deer antlers, that has made a strong impression on you.

Deer antlers are oblique bony outgrowths that deer attack and defend themselves with.