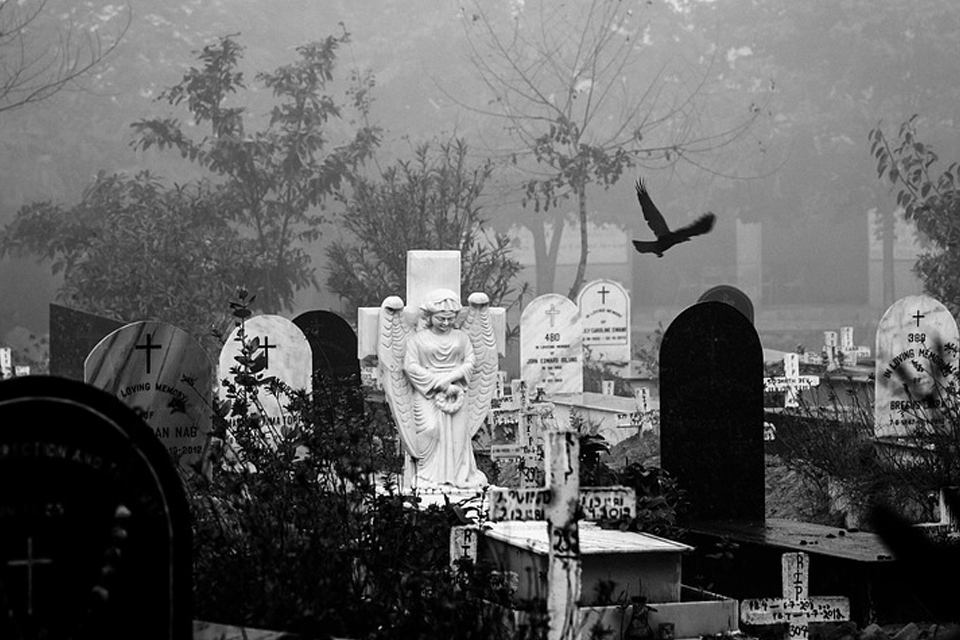 Interpretations of these dreams depend on the context in which they occur and details or feelings that follow them. When you are dreaming of dead people, you can feel fear, anxiety, panic, nervousness, and other similar emotions.

To dream about dead people in your house or yard
If you see a dead person walking around your house, that symbolizes fear. There is a chance that you have experienced a trauma whose consequences you have felt many years after the event. You are afraid of walking home late, and you constantly worry about if you have locked the door or turned off the iron, stove, or some other house appliance that you used that day. An alternative meaning of this dream can be a warning of sickness. One of your close relatives might have health issues. You have to advise them to visit a doctor, especially if they have problems with high blood sugar or pressure. If one of your family members gets the flu, you will come down with it too. Make sure to strengthen your immune system because the flu is the last thing you need now when you have so many obligations at work or school.

To dream of laying down with dead people
When you are dreaming of sleeping next to dead people, it means that you have given up from a fight. You probably have health, financial, or emotional problems that are exhausting and make you give up. Even though your loved ones are doing everything they can to encourage you to continue your battle, you will have to find the motivation to move forward and continue fighting alone. There is another meaning of this dream as well, and it symbolizes an expensive wedding. Your dream about having a fairytale wedding will come true. People from your surroundings will talk about it for a long time, while many people will envy you for a handsome and wealthy partner. Even though you are not thinking about it at the moment, make sure that you don’t forget the real meaning of marriage and to say yes for reasons that are not only materialistic in nature.

To dream about being dead
Dreaming of being dead symbolizes success. There is a chance that other people have forgotten about you because they believed that you would not be resourceful in unpredictable situations.However, you shined and showed how strong you actually are when that was necessary. Many people compare you to a phoenix that rises from the ashes and moves on despite all difficulties.

To dream of a dead baby
If you are dreaming of a stillborn, it means that you are worried for a reason, but you can’t find a way out of that situation. Your perception of problems in life depends solely on you. If you continue to believe that you are in a hopeless situation, that is what will happen. Hang out with people that have a positive impact on you. Once you change your perspective or point of view when it comes to problems, you will realize that they are not as horrible as they seem.

To dream of dead people coming to life
If you are dreaming of a dead man coming to life, that means that you will not be sad for long. You will probably suffer for some time because of the person you lost, but you will soon realize that living like that is not good for anyone. You will try to come back to normal and continue on with your life because that person would want that for you too.

To dream of kissing a dead person
Dreaming of kissing a dead person symbolizes secret business deals. There is a chance that you will get involved in extremely risky deals that will bring you many inconveniences besides money. You will want to become rich quickly and easily, but the events you will witness will make you seriously question your decisions. Another possibility is that you have ended up in a bad company that you don’t see a way out of. Try to get out of that situation so that you don’t end up in serious trouble.

To dream of dead animals
If you dream of animals coming to life, that symbolizes changes for the better. There is a chance that you will finally snap out of the lethargy that you have been in for a long time. You will realize that no one can help you if you don’t do it yourself and that your life is full of beautiful things that are worth fighting for.

To dream of your parents being dead
This dream symbolizes good health for your mother and father, as well as a long life.

To dream of your siblings being dead
Dreaming of your brother or sister being dead symbolizes good health and long lives for them.

To dream of your spouse or boyfriend/girlfriend being dead
This dream symbolizes good health and long lives for them, as well.

To dream about carrying dead people
Carrying a dead body in a dream means that you will have an important role in one project. There is a chance that your superior will give you a leading position in a team responsible for one job. You will be aware of the responsibility, as well as challenges, that expect you. However, you will know how to show authority without causing negative reactions among other colleagues.

To dream of other people carrying a dead person
If you see someone else carrying a dead person in your dream, it means that you will work with irresponsible and unprofessional people. You will end up in a situation where you will depend on everyone in the team and realize that they are not quite interested in that job. You will see that you are not in a good position from the start, but you will take your chores seriously and do your job responsibly. The fact that everything will not be perfect because of other people will bother you a bit, but you will know that that is not your problem.

To dream about burning a dead person
Burning a dead person in your dream means that you are trying to forget one event from the past in vain. You have recently survived an extremely stressful period when it comes to your family life. One person has made the family relationships complicated, but that has affected the lives of everyone around you. Even though you have overcome that, thanks to love that connects you, you still go back to it and can’t make peace with some things that have happened.

To dream about other people burning the dead
If you see someone else burning the dead in your dream, it means that you will witness an uncomfortable situation among your loved ones. Two people that you equally love and respect will argue about something trivial, which will turn into a serious fight after some time. You will not know how to react, especially if they ask you to pick sides. It would be best to let them know that you don’t want to be a part of it. That is the only way to avoid unnecessary stress.

To dream of throwing the dead in the water
Throwing a dead body in the water is a sign that someone will perceive your clear and firm attitude as an insult. You might defend your opinion before someone well respected in society. Instead of letting their integrity scare you, you will try even harder to show that person that you know what you are talking about. That person’s vanity will get hurt, so don’t get surprised if they start going around saying that you are arrogant and rude.

To dream of reviving a dead person
Reviving a dead person in dreams means that you have regrets when it comes to the past. You probably can’t forgive yourself for some bad moves that made you unhappy. If you think about it a bit better, you will realize that many things in your life are great, but you can’t notice that since you live in the past.

To dream of running away from a dead person
Running away from a dead person means that you constantly postpone dealing with one problem. You have probably argued with a loved one and often think about it but don’t know how to make things better. It would be best to be honest and make the first step toward reconciliation since that person will not reject your peace offer, for sure.

To dream about fighting with a dead person
If you are dreaming of having a fight with a dead person, it means that you have a huge advantage over your enemy. There is a chance that someone wants to put you in danger, but you have a better and stronger weapon than that person. It is important to figure out who they are and what intentions they have because of it, and then put your plan into action.

To dream of shooting a dead person
Dreaming of shooting a dead person means that you are wasting time on something that will not bring you either material or spiritual satisfaction. You don’t want to give up on the time and effort that you have invested, but you will regret thinking like that sooner or later. The sooner you turn to more constructive things in your life, the faster you will be happier and more satisfied.

Meanings of dreams can be a lot more trivial. If you have recently buried a dead person or seen them, that has made a strong impression on you.

Definition of a dead person

A dead person is a person that died.